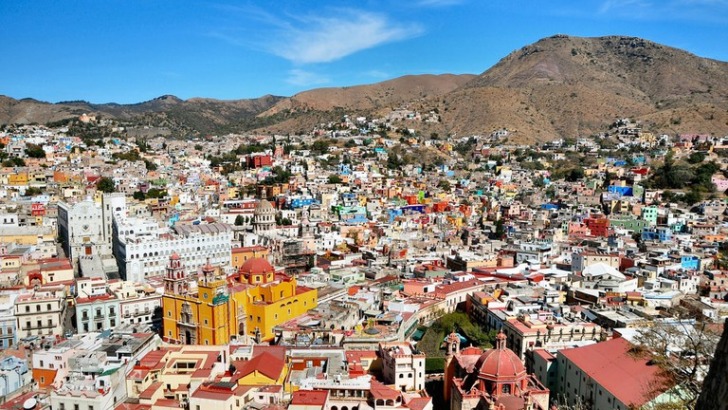 Guanajuato is a city with plenty of plazas and squares.

Tourists are amazed by the colors of the buildings which are bright and cheerful, and the little streets which are endless so that you can wander through them all day.

Actually, what people most enjoy is the possibility of exploring the city on foot.

Furthermore, visiting a museum filled with mummies is definitely worth seeing.

There are many other great things to do in Guanajuato for sure, so you should not waste your time waiting but put this city on your future travel destinations list.

Generally speaking, it is wiser to be cautious and careful than to do something you may later regret. Acting wisely and avoiding the possibility of becoming a victim is all you have to do to stay safe in Guanajuato.

There are some parts of the country where illegal roadblocks have also been reported. If you decide to drive, you should take extreme care.

There have been several instances of pickpocketing both within and outside tourist attractions, with the aim of taking tourist's money and possessions.

The city can be affected by earthquakes, as most parts of Mexico are prone to them. You should get familiar with the guidelines on what to do in case this happens.

If we take into consideration that drug-related violence in Mexico has increased over recent years, but it is usually not against tourists. However, we have to warn the tourists not to get involved with drugs.

Being that there is no recent history of terrorism in Mexico, there is a very low risk of the attacks to happen.

In order not to become a victim of a scammer, you should remain watchful of your surroundings and keep an eye on drinks and food you order. Do not accept drinks from strangers as they might be spiked.

Even though there is not a high risk of females being attacked in Guanajuato, it is better for them to choose the safer option and not to walk alone at night than the riskier one.

So... How Safe Is Guanajuato Really?

Due to the fact that there has been a number of reported shooting incidents and other incidents of violence, tourists should not get afraid or worried if a police officer stops them and ask for identification.

That is why they should carry photocopies of the relevant pages of their passports and of the stamped ‘Forma Migratoria Múltiple’ (FMM) given to them on arrival in Mexico and show them to the police.

The government is just trying to protect both tourists and residents of possible criminal acts.

The violence is concentrated in specific areas of the city and tourists should get familiar with the names of those areas and avoid going there, especially at night.

Furthermore, if you get lost while driving and reach those areas, just keep on driving and do not stop to ask for directions.

Also, the frequent illegal roadblocks happen and if you get information about these kinds of incidents, you are suggested to either postpone your journey or to travel during daylight hours.

When coming to Guanajuato, you should monitor local advice, remain vigilant and follow the advice of the local authorities.

How Does Guanajuato Compare?