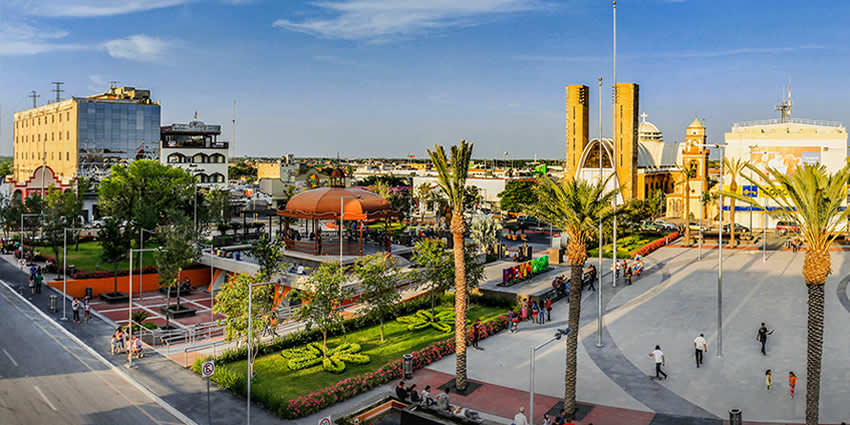 Reynosa is a city, located directly across the Rio Grande from the US border.

It’s one of the dangerous cities in Mexico because of ongoing conflicts with gangs.

Travel to this region is not recommended.

Despite its reputation, Reynosa is an industrial hub for Northern Tamaulipas and the Rio Grande Valley.

The majority of industries are related to electronics or automotive manufacturing.

It is within the northern part of Tamaulipas, Mexico.

There are not that many historical things in Reynosa to see.

However, there are a few historical monuments like A Juárez, Hidalgo, and Morelos.

Also, there is an Architectural monument, Church of Our Lady of Guadalupe.

Reynosa is one of Mexico's most unsafe cities. The city is controlled by cartels, the police are corrupt. The number of immigrants is growing here. For tourists is not recommended and dangerous to travel to this city.

Public transport is rather unsafe here. There is a risk of being captured by terror during the trip. Taxis are only safe if you order a licensed car.

The risk of pickpocketing is not so high here. But you must carefully monitor your belongings, do not leave valuables unattended and keep especially important documents and things in the hotel safe.

The main risk here is flooding due to heavy rains. Information about the situation with this risk must be checked before visiting the city.

House robberies, hijacking, and theft are quite common in the city. You need to take high-security measures to protect your life and belongings.

Skirmishes of drug gangs often occur in the city, because of this, shootings are possible. Tourists or locals rarely find themselves in a conflict zone, but the likelihood of becoming a victim of terror is quite high.

The risk of fraud is high enough in Reynosa. You need to closely monitor your things, especially in crowded places. High probability of scamming in ATM.

It is not safe for single traveling women to be in this city. Avoid walking the streets after sunset and do not appear in bars at night.

So... How Safe Is Reynosa Really?

Reynosa is one of the dangerous cities in Mexico because of ongoing conflicts with gangs.

The level of crimes in here is high.

Due to ongoing conflict between Gulf Cartels, it is one of the most dangerous places in Mexico with thousands killed annually.

It’s not safe to walk to the city after dark.

Most places close by 10 p.m., and after that, the military can stop you and searches after that time are common.

The police are quite corrupt so approach Reynosa with caution.

Reynosa is full of immigrants, they are becoming more and more here, as they are trying to return to the United States, but in most cases, they are returned to this city.

Due to the constant influx of immigrants, this city also remains unstable in terms of security.

Pedestrians on the streets should be very careful while crossing the road: drivers usually do not really look around, and especially on pedestrians.

It is also not safe to ride a bicycle here and drive a rented car.

In any case, the city is quite strongly controlled by cartels and the presence of tourists in it can be quite unsafe.

Anyone very easily can end up in the midst of a shootout.

How Does Reynosa Compare?