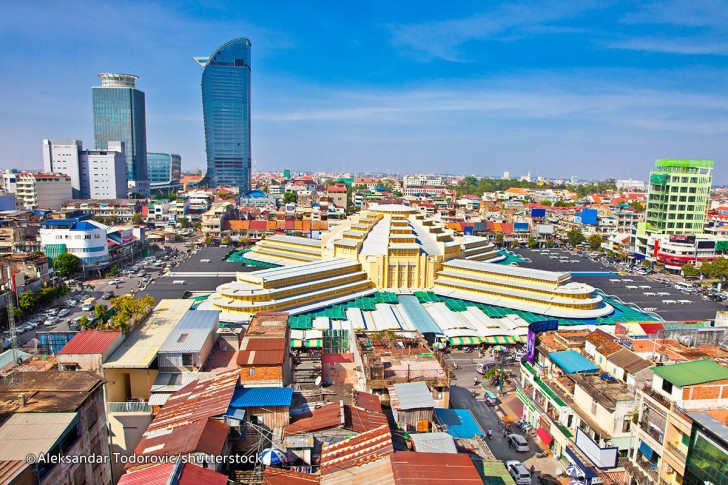 Cambodia - safety as a country

Phnom Penh is the capital and most populous city of Cambodia and it is located on the Tonlé Sap and Mekong River.

Once it was known as the “Pearl of Asia” because it was considered one of the loveliest French-built cities in Indochina.

Due to its French history, Phnom Penh offers a variety of temples, palaces, and the remnants dating back from French colonial history, if you decide to explore the city.

Some of the most visited tourist sites are the Royal Palace, the Silver Pagoda, the National Museum, and the Tuol Sleng Genocide Museum.

As the biggest city in Cambodia, Phnom Penh is the cultural, political, and economic center of the country.

Cambodia is a safe country for travelers as well as Phnom Penh. Although it is not as dangerous as some other capital cities, it is important to take care and stick to marked paths.

The possible risks in public transport are very high in some other capital cities. Trains and buses, as well as train and bus stations, are the main destinations of pickpockets. The traffic is also chaotic, and traffic signs are not respected, so if you want to tour the city, it is better to avoid driving.

Bag snatching and pickpocketing are two real problems in Phnom Penh, and targets are both tourists and citizens. Areas around popular markets, tourist sites, and crowded streets are the major destinations for thieves, but tourists need to be aware that they can strike anyplace.

Typhoons, flooding, and Tsunami happen frequently in Cambodia, so there is always a risk of them, particularly during the monsoon season. There is no threat of erupting volcanoes or earthquakes.

Kidnapping and mugging have not been recorded in recent years. However, the potentiality exists, so remote areas of the city should be avoided as well as walking alone at night.

Because terrorism is possible everywhere in the world and that the target cannot be predicted, you should look out for doubtful activity, even though Cambodia is not under terrorist threat.

Scammers tend to take advantage of tourists performing different criminal acts on them, starting with unlocking the rented motorbike by their copy of the key, then by giving them fake and damaged banknotes or even driving them around the city, to increase the price of the ride.

Phnom Penh is, unlike Siem Reap, safer for female travelers, because recorded sexual assaults occurred in Siem Reap. Women are advised not to use a tuck-tuck at night if they are alone and avoid empty and suspicious streets.

So... How Safe Is Phnom Penh Really?

Numerous cultural and historical attractions, such as temples, museums, and the Royal Palace can be found in Phnom Penh for those who want to experience the ancient history, while those who want to enjoy a vibrant nightlife can visit both nightclubs and numerous dining places at the luxurious hotels and restaurants.

Nevertheless, those pleasant sides of each tourist attraction are unfortunately always followed by the dark side.

The most reported crimes are pick-pocketing, bag snatching, and scamming.

Wat Phnom and Northern Part of the City are the areas which are visited by the richest tourists, so they are the most dangerous areas in terms of thieves and robberies.

Riverfront Area, three kilometers long promenade, is risky at night due to the possible intoxicated individuals so it should be avoided.

People from Cambodia are friendly and may happen to invite you to their homes.

This invitation should never be accepted, especially by an alone female person.

Also, some areas are well known for illegal activities like prostitution.

Cambodia has the highest HIV rate in the whole of Asia.

Besides all those possible risks, tourists should only follow travel guides’ advice, remain vigilant, use a hotel safe for their valuables, and do not allow that anything destroys their wonderful journey.

How Does Phnom Penh Compare?