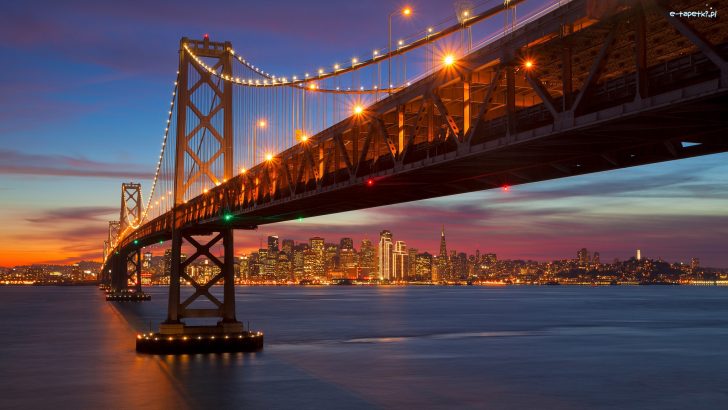 A melting pot of California, San Francisco, is a major city of the Bay Area, well known for its vibrant life, ethnic diversity, summer fog and many, many educational, historical and cultural venues and facilities – to name just a few of its virtues.

It’s no wonder that the city of San Francisco is one of the most visited cities in the world.

There’s so much to see here that you won’t be able to cover everything for just one trip.

Your best bet, if you want to see as much as this unique city has to offer, is to save money and buy a relatively cheap San Francisco CityPASS.

You’ll get to see the California Academy of Sciences, a Blue and Gold Fleet bay cruise, the Aquarium of the Bay.

Don’t forget the Exploratorium or the Legion of Honor and the de Young Museum (both must be visited on the same day).

San Francisco is overall very safe to travel to. Even though it's sometimes dangerous, and the number of homeless people and junkies on the streets may make you feel uneasy, the criminal activities that occur only apply to dangerous parts of the city, which are rarely frequented by tourists.

San Francisco has safe and convenient public transport, though you shouldn't let your guard down. Be extremely vigilant while on public transport and don't linger around the bus, railway and metro stations.

Occasional natural threats exist in the form of earthquakes that have been known to happen in California. They aren't that common, though. The last major one was in 1994.

When it comes to mugging, you're not in danger in San Francisco, as long as you stay away from the dangerous parts of the city. Violent street crime is not a common occurrence here.

Excluding isolated shootings, San Francisco hasn't been the target of any terrorist attacks recently, but the attacks shouldn't be ruled out. Be aware of your surroundings at all times.

Just like in other tourist destinations, there will be people trying to scam you in San Francisco, too. Homeless people can turn aggressive if you refuse to give them money. Be wary of anyone trying to distract you, flashing large signs in front of you or ATMs that look like they've been tampered with.

So... How Safe Is San Francisco Really?

As expected, San Francisco does have problems when it comes to safety on its streets.

However, the good news is that a tourist is unlikely to be a witness to any crime or, worse, become a victim of one.

This is because the crime that goes on in San Francisco, is usually confined to certain dangerous neighborhoods and individuals that know each other from the streets.

This means avoiding dark alleyways any communication with unknown people.

In San Francisco’s case, these are downtown districts like the Tenderloin, Mid Market, 6th Street, Soma, and the Western Addition.

This also applies to the south-eastern part of the city that also has issues with violent crime.

In general, San Francisco has the largest homeless population per capita in America because of its pleasant climate that enables them to not freeze to death like they would in Chicago or New York.

This may cause you to feel a bit uneasy, but they usually aren’t dangerous and will leave you alone if you avoid contact with them.

The main homeless areas are around 6th and Market, as well as the Tenderloin, while the area near Golden Gate Park is infamous for being a gathering spot for junkies.

Another thing to bear in mind is that San Francisco has a high rate of pedestrian and bicycle fatalities, so you have to be very careful when on the streets, especially while crossing one.

How Does San Francisco Compare?