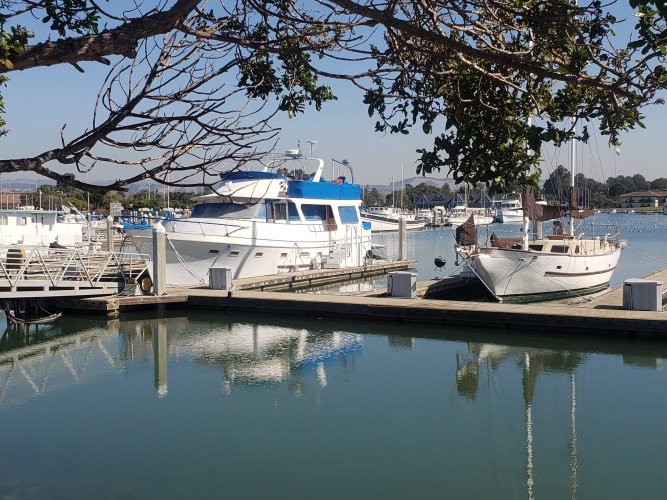 San Leandro, California, sits in a premier position in the East Bay area of the San Francisco metropolitan area with the bay to the west, mountains to the east, Oakland to the north, and a variety of unique communities to the south.

It’s a sleeping bedroom community in San Leandro (pronounced: lee-AN-dro) with little nightlife but a lot of daytime activities.

You can boat on the bay, golf bayside, go for a hike, or enjoy one of the many local parks in the mild climate.
You’re also just three miles from the Oakland Zoo.

In San Leandro, you have Lake Chabot (pronounced: shah-BOW) as your backyard, with endless ways to take a deep breath of fresh air in the hills or on the water.

I mentioned the premier position of San Leandro in my opening sentence, but it’s important to know it also sits on what some call the potentially most destructive fault line in America — the Hayward Fault.

There's a low overall risk in San Leandro, especially in comparison to some neighboring cities. Also, there are some crime notes we'll go through that would be closer to medium risk.

The Bay Area is known for its strong reliance on public transportation because who wants to sit in all that traffic? Your best ferry option to San Francisco is in Alameda. Locally, you can ride Bay Area Rapid Transit (BART), AC Transit, or get a taxi. Rideshares are available as well, and commuters have a great system worked out where they share cars if you're in town for business. All options are low risk with certain cautions given when waiting at a BART station.

The overall theft rate is nearly twice the national average, but when you whittle down to pickpocket or purse snatching reports, there were 25 reported. There's a medium risk due to the potential and the influence of higher crime rates in neighboring Oakland.

Just east of 580 is the Hayward Fault Line. This runs a long span along the east side of the whole region. A "big one" hasn't hit since 1868, so that's either comforting it was so long ago or concerning because it means it's due to rattling again. The San Andres Fault Line gets the most attention in the Bay Area, but the Hayward Fault could do catastrophic damage as well. This isn't meant to scare you, but to encourage you to study up earthquake safety and the city provides plenty of resources to do so. Wildfires, tsunamis, and flooding are also a risk here, so overall there's a medium risk that's more about potential damage than frequency.

The robbery rate is almost four times the national average. Of the 260 robberies that happened, 34 of those were highway robberies, which means "A robbery committed on or near a public highway, usually against travelers." I'd say it's worth being cognizant of the issue and walking confidently and focused on your surroundings, but nothing that would force me to give it anything more than a low risk.

There's a medium risk in such a large population area that holds the heart of the technology world and several military installations.

The scams reported in San Leandro are mostly ones that involve phone calls, so you shouldn't have an issue there. It's a low risk.

There's one in 4136 chance of being a victim of sexual assault. Nothing else in the crime numbers gives me pause for women to travel here. It's a low risk.

The water utility proudly boasts, "Our drinking water consistently meets or surpasses state and federal drinking water standards" and has an annual report with statistics to back up that claim. There's a low risk.

I would never say “there’s not much to do here” in any review, but you have to accept that this isn’t San Francisco or Oakland.

It’s a smaller town of 91,000 people and is so residential there’s only one hotel in town.

What you do have are a lot of options that aren’t going to be loaded with tourists and lines.

Start at the San Leandro Marina and nearby park.

You can rent a boat, work out on the hiking trail with fitness equipment, or sit and enjoy the view.

Oyster Bay Regional Shoreline is another great place to get some beach time.

On the east side of the city lies Chabot Park.

This is a great area for hiking and water sports in freshwater.

The Bayfair Mall is the shopping and dining focal point in San Leandro, with a few dining options as well.

There are more shops and restaurants in downtown San Leandro, along with a history museum and library.

Places to Avoid in San Leandro

I won’t go as far as to say “avoid” these areas, but, the space between interstates 880 and 580 has the highest crime rates.

Known as “the flats”, there are just more common crimes here than on the other sides of the interstates.

Many residents complain about the noise that comes from East Oakland in the Broadmoor area, and it’s not uncommon to see police helicopters overhead or hear gunfire.

If that sounds scary to you, know that it’s just how life is in such a large area.

If you’re from a big city, you’ll understand that and won’t have to be worried.

It’s not a war zone, it’s just a big metropolitan area with crime and Oakland has very high crime rates.

So... How Safe Is San Leandro Really?

I’ve read at least 100 reviews of the city from residents and it’s interesting they feel pretty safe in their city considering the crime statistics have some issues.

Most complaints are about the city not being very clean and well kept, which is being addressed by the city council.

As for crime statistics, here’s how it breaks down in risks of being a victim in certain crime categories:

If you’re from a big city or a suburb of a big city, nothing about San Leandro will surprise you.

It has crime, it has homeless people, and it has some less desirable parts of town.

It also has a lot of amenities that make people leave the busy vibe of San Francisco and seek some solace on the other side of the bay.

I highly recommend you read the reports on some of the neighboring cities, like Oakland, so you can get a bigger picture of the crime trends in this Easy Bay region.

How Does San Leandro Compare?