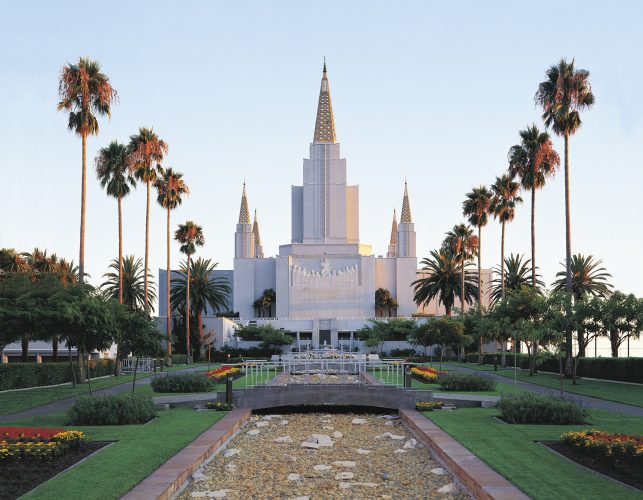 It is located 12 minutes from San Francisco and offers a vast number of activities for tourists, like visiting the oldest wildlife sanctuary in the nation (at Lake Merritt), walking the labyrinth at Sibley Volcanic Preserve in the Oakland Hills or and listening to live music at Yoshi’s Jazz Club.

Oakland has a large downtown area and many interesting tourist spots like its unique elegant high-rise buildings that are, by no means canceled out by the beautiful traditional architecture in Old Oakland.

You’re looking for a more vibrant and alive feel in Oakland, visit the fascinating old urban Chinatown in downtown Oakland.

For the sports lovers, Oakland is paradise, since it’s the home of Golden State Warriors.

Oakland isn't the safest city though it's slowly regaining some safety on its streets. It has some extremely dangerous areas that should be avoided. You are advised to remain vigilant around tourist landmarks, since pickpockets are an issue there, and keep an eye out for suspicious activities wherever you go.

The bus system isn't too reliable and can leave you waiting for a while. There's a BART service (Bay Area Rapid Transit) which is reliable and safe. Don't linger too long on the platfors as they can be dangerous. If you're driving, keep in mind that car thefts and break-ins are common in Oakland.

The most common types of petty crime on the streets of Oakland are pick-pocketing, purse-snatching, car break-ins and car thefts. Apply common sense like holding your purses tightly and being wise when carrying them, keeping wallets in front pockets, and being alert to one's surroundings. This should be enough to prevent these incidents.

When it comes to natural disasters in Oakland, the most dangerous threats come from occasional earthquakes and floods.

When it comes to chances of being mugged or kidnapped, they are moderate in Oakland, as long as you don't wander off into dangerous areas, where the chances of mugging are higher. Stick to the main streets and avoid suspicious areas and neighborhoods, or getting in altercations with individuals that appear to be gang members.

Oakland hasn't been the target of any terrorist attacks recently, but possible attacks shouldn't be ruled out. Be aware of your surroundings at all times.

Just like in other tourist destinations, there will be people trying to scam you in Oakland, too. Be wary of anyone trying to distract you, flashing large signs in front of you or ATMs that look like they've been tampered with.

The city of Oakland is relatively safe for women, as long as they move in groups and use their common sense. You should avoid dangerous neighborhoods (and this doesn't only apply to women). Just follow your instincts, don't let your guard down and follow general rules of things to avoid, like poorly lit streets and deserted areas and you should be fine.

So... How Safe Is Oakland Really?

As in any other major city in America, crime is an issue in Oakland.

It is generally a safe city, depending on where you’re at.

Generally speaking, the hills and areas around the lake are safe.

However, there are many areas and neighborhoods in Oakland where walking at night should be avoided or at least conducted with caution and accompanied by someone.

These areas in Oakland are the eastern and western Oakland neighborhoods.

Unless you must go to West and East Oakland or near Lake Merritt, you are advised to steer clear from these areas.

These areas have issues with homeless people that may turn aggressive, substance abuse and similar problems.

As for tourist landmarks, it is advised that you keep an eye out for pickpockets and be vigilant of your surroundings while exploring the city.

Oakland used to be extremely dangerous and while some parts of it have regained safety, it is still not too safe for tourists here.

The changes that are happening in Oakland are mostly influenced by companies that are opening and operating in the city, and the cost of living has increased which affected the demographics of the city.

How Does Oakland Compare?