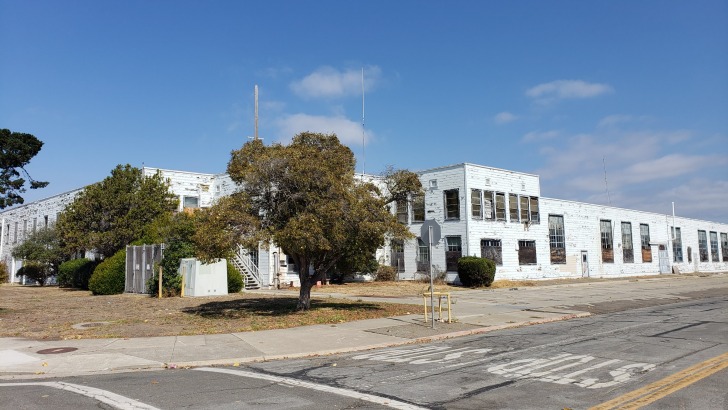 Welcome to The Island, otherwise known as Alameda, California, just off the coast of Oakland in the San Francisco Bay Area.

Pronounced al-uh-MEE-duh, the city is home to one of the largest 4th of July parades in the country and still has buildings from back to the 1800s standing strong.

Alameda is Spanish for tree-lined paths, and the city goes to great lengths to keep the forest feel in this urban oasis.

This might be the only island in the country where it doesn’t cost more to live here than its inland counterparts.

The Matrix franchise fans might recognize parts of this city already, as it was a prime filming location for two of the movies.

This is a place where you can stroll through history, enjoy a booming craft beer scene, try your luck at windsurfing, and build a sandcastle with a view of the San Francisco skyline in front of you.

There's a low risk in Alameda. The city is small, family-friendly, and offers a lot of safe activities indoors and outdoors. However, crossing into Oakland is a whole different set of crime concerns, so do research before spending time there.

To get in and out of Alameda, you have Bay Area Rapid Transit (BART) and AC Transit. There are two shuttles in town, but one is a business shuttle and the other is for the disabled and seniors. You can also take the ferry to San Francisco, Angel Island, and AT&T Park. There are several other rideshares, carpool, guaranteed-ride-home services you should review on the city's website. For a city on an island, there are a lot of ways to get to where you need to be and they all come with low risk.

Just four pickpockets or purse snatching were reported in 2020. That's a low risk. For perspective, there were 213 across the highway in Oakland, which is a much bigger and more dangerous city.

Tsunamis, earthquakes, and flooding are the big concerns in Alameda. The city is well-prepared internally and has a lot of information for residents and tourists to learn about these dangers. There's a medium risk due to the potential magnitude of these events, not due to the frequency of them. Since 1800, California has seen around 150 tsunamis, some of which weren't even big enough to notice an impact.

There is a one in 705 chance of being robbed in Alameda. It doesn't seem that high, but it's still above the national average. There's a low risk, but just don't let island life ruin your sense of basic safety steps.

A large population area mixed with military presence and a lot of tourist attractions means there's medium ongoing risk. It's not a reason to avoid the area, but it's just good to know and study up on how Homeland Security works to keep large populations safe.

Utility scams are all the rage in the Bay Area, so as a tourist you aren't going to be impacted by that. There's a low risk of a scam happening to you, but remember, if it seems too good to be true, it is.

There's a low risk for women traveling here, but that all changes when you go into Oakland. Read our review of Oakland before you go.

There's a low risk. The Alameda County Water District states, "Your water meets or surpasses all state and federal drinking water standards for public health and safety. These standards were set by the California Department of Public Health and the U.S. Environmental Protection Agency. Your drinking water contains no herbicides, pesticides, industrial solvents, or bacterial pathogens."

Safest Places to Visit in Alameda

Start at the Park Street Business District for a walk into the past with modern amenities mixed in.

The streets are lined with trees and historic buildings.

You can take a walking tour or shop and dine at the variety of options in this downtown nook.

Visit the USS Hornet Sea, Air & Space Museum for a look at the military history of Alameda.

It’s only open on Friday – Monday, so plan accordingly and wear good shoes as there’s a lot of walking.

Spend a day at the beach of Robert W. Crown Memorial State Park.

There’s a bird sanctuary, a historical view of when the land was an amusement park, and more than two miles of beachfront for sandcastle building.

You can also take windsurfing lessons here or rent a sailboard.

Shoreline Park is another option on Bay Farm Island with stunning scenic views of the San Francisco skyline.

There’s the Pacific Pinball Museum with free rooms of machines from various decades.

The $20 admission gets you unlimited play.

If golf is more your game, there are several options on the island as well.

Places to Avoid in Alameda

Crime maps show the far east and far west sides of the island have the lowest crime rates.

The higher crime rates are, naturally, in the areas where there are more people and tourists.

If you’re staying in a hotel in Alameda, you won’t have a lot of choices.

There are only about seven locations to choose from and about half are right along Webster Street, the others are scattered east and closer to the Oakland Airport.

You’ll want to avoid the beaches after sunset.

Crown Beach is open until 10 p.m. but there’s no reason to be on the beach that late when safety hazards are naturally going to go up.

There aren’t really awful parts of town you need to avoid, but as for the lay of the land, the eastern part has newer homes while the western part is some of the older homes.

Safety Tips for Traveling to Alameda

So... How Safe Is Alameda Really?

The city is on an island when it comes to crime statistics as well as its physical location.

Especially coming from neighboring Oakland, which has a higher crime rate, Alameda is very safe.

It’s lower in violent crime rate than the California average, but it’s higher in property crime.

It FEELS a lot safer when you look at Oakland’s numbers, but Oakland is a big city with a lot of dangerous areas.

There isn’t a part of Alameda that is dangerous to drive through, but you also don’t want to go into a place where you don’t have business being.

Stay within the tourism locations and practice basic safety measures.

Don’t leave belongings in the car when you park.

Keep a small purse or wallet and hold on tight.

It’s recommended to put wallets in the front pocket, not the back pocket.

Be extra cautious if you’re waiting at a BART stop, and don’t ride transportation with earbuds disconnected from the world around you.

How Does Alameda Compare?