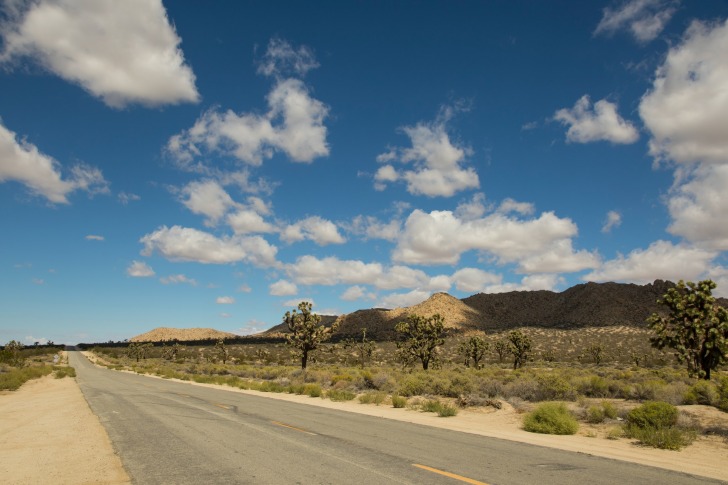 This is a city steeped in history, so don’t overlook it as just a dot on a map of the desert.

Every Space Shuttle was built in Palmdale for NASA, and many other space and flight companies have a strong presence to this day in this desert oasis.

This city is also where a good portion of the Tom Hanks movie The Terminal was filmed.

Kill Bill movie fans will recognize the Sanctuary Adventist Church as the church from the film.

There’s so much more to learn by visiting the Four Aces Movie Set as it has a strong place in cinematic history and for future films.

With more than 300 days of sunshine a year, this is a great place to explore the outdoors and the unique varieties of desert plants and wildlife.

If you need a break from the desert heat, Palmdale has the only waterpark in the Antelope Valley.

It was named the Antelope Valley due to the overabundance of antelope in the hills, but since that name was given, most of the antelopes have been hunted or died off.

There's a low risk in Palmdale, but there's also not a whole lot to do if you are staying a long time. That's the biggest complaint from locals under 30. If you're staying here as a cheaper alternative to Los Angeles costs, it's going to be one heck of a commute and was ranked the worst commute in the nation by Insider magazine a few years back.

One bonus of Palmdale is if you get bored there are plenty of transportation options to get somewhere else. There's a local bus route, a transit authority through Antelope Valley, the FlixBus to get to Las Vegas, MetroLink to go to San Bernardino, and Santa Clarita Transit to get you throughout that county. There is also a summer shuttle right to Santa Monica to enjoy the beach. Taxis and rideshares are available and all come with low risk.

There were just two pickpockets reported in 2020, so that's a low risk.

Earthquakes, fires, floods, and extreme winds can rock this city. Despite the 300+ sunny days each year, a sunny day isn't that fun with a sustained wind of 30 miles an hour. There's a medium risk here. Study up on emergency management before you go. The city has a lot of information on its website, so you can be Palmdale Ready.

The robbery rate is three times higher than the national average. This is a community with a certain amount of violence, so we'll call this a medium risk.

Boeing, Lockheed Martin, and Northrop Grumman have a strong presence here, as well as the military with Andrews Air Force Base to the north. These all add up to medium risk. Follow the suggested protocol of "See Something, Say Something" if you notice anything odd.

There's a medium risk of scams here. While the locals might get bored, tourists love to see some of the hallmark pieces of the city's history, and the vacation home rental industry is growing. With that growth, comes scams. Never wire money ahead of time to reserve a home and ask for proof the landlord has a tenant's license.

There's nothing in the crime numbers to suggest a woman is at any more risk than a man, so there's a low risk. This is assuming you're taking basic safety precautions and not meeting up with random people you meet online.

There's a low risk in tap water. The water utility posted in its 2020 report "Despite challenging times, we have continued to uphold our mission of providing high-quality water to customers. Our advanced water treatment process, which removes and kills viruses, has been a source of comfort during a time when coronavirus was a major concern for many of us."

Safest Places to Visit in Palmdale

A top stop in Palmdale is the Air Force Test Museum Blackbird Airpark.

Not only can you see some of the fastest planes of their time, but there’s also a look at planes you can’t see anywhere else — top-secret spy planes used during the Cold War.

Feel the need for more speed?

Check out Joe Davies Heritage Airpark in Palmdale as well.

Dry Town Water Park is a great way to cool off from the summer heat of Palmdale.

It sits on the site of a former mining town with ruthless thieves trying to steal gold, but now it’s a relaxing oasis.

Walk a few miles on the Barrell Springs Trail to see desert fauna and wildlife.

You can let a horse do the walking with a horseback ride along Rainbow Ridge.

Book a reservation through the Ranch.

There’s the Mulligan Family Fun Center, where you can spend a whole day playing mini-golf, racing go-karts, batting 1000 at the cages, or rock climbing indoors.

Movie buffs will want to check out the Four Aces Movie Set.

I’m particularly a fan of Rob Zombie and I instantly recognized the gas station from House of 1000 Corpses.

Take pictures if you’d like, but this is private property, and if you are asked to leave, do so.

Places to Avoid in Palmdale

There is a crime across the Palmdale area when you look at the crime map, but it gets less pronounced south of E Street and west of Highway 14 (Antelope Valley Freeway).

There are reports that the east side of town along Palmdale Boulevard isn’t the best neighborhood, so unless you have a reason to be there, you might want to avoid it.

You want to avoid going into the desert in the heat without having hydrated yourself well for a few days.

By the time you feel thirsty, dehydration is already setting in.

It’s not a dressy kind of town, but that’s not the main reason.

The winds here can kick up dust and dust storms.

That dust gets into your clothes and ends up leaving your laundry a muddy mess.

I lived in the desert much of my adult life, and I can’t tell you the number of times I sneezed mud just because the dust was so intense.

On a dry, windy day, you might want to plan an indoor activity.

Safety Tips for Traveling to Palmdale

So... How Safe Is Palmdale Really?

Like most cities in this region, there’s gang activity and a drug problem that deputies spend a lot of time and energy on to make the problem areas improve.

The crime trends have gone down significantly in the past decade in areas like theft and robbery.

This is a place where you can find trouble if you’re looking for it, but if you’re just doing tourist things you’re going to be fine.

There’s not much nightlife in neighboring Lancaster either, so you’ll have to go to Los Angeles for that.

The crime statistics break down like this as far as your chances of being a victim of a crime:

Keep in mind too that some of the greatest scientists and aeronautic minds on earth live here and are building the next generation of aircraft.

If a city was categorically unsafe, I doubt Boeing and Lockheed Martin would stay there and continue to be two of the biggest employers.

How Does Palmdale Compare?