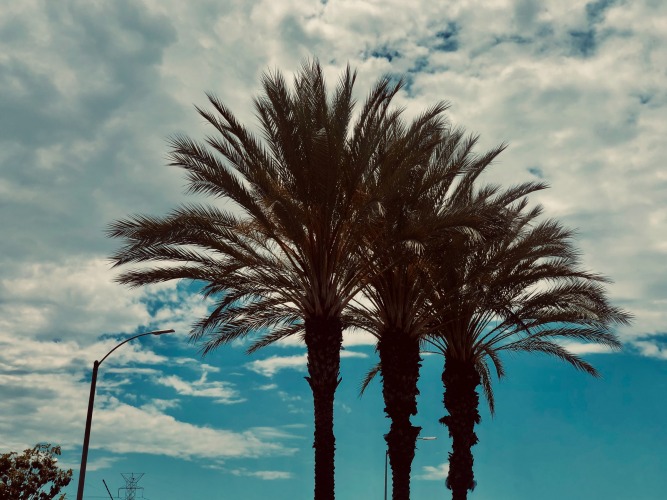 Looking at South Gate, California, on a map can make it seem like it blends in with all the other cities just outside downtown Los Angeles.

It’s a city with middle-income housing, basic amenities, access to crowded interstates, and a gang and drug problem.

South Gate was even one of those cities where I could not find real estate agents touting the “Why You Should Move to South Gate” videos on YouTube.

I began to get worried about how to write this.

Then you dig past the daily crime reports and incredibly high violent crime rate and you find interesting tidbits.

This city is where famed female aviator Amelia Earhart took her first flight, leading to an adventurous and tragic career.

This was once a place where novelty car rides were offered, as the city branded itself the “Gateway to the Sea.”

The homes in this city sit on some of the most fertile soil in California.

South East High School is now on the land where the first multi-model car production facility was housed before World War II.

That was the old South Gate and the new South Gate is working on itself.

There are just a handful of bare-necessities options throughout the city.

Most activity, good and bad, happens along Firestone Boulevard.

You’ll find more videos of rappers than realtors when you research South Gate.

There's a medium risk in South Gate. The crime statistics are concerning, especially when it comes to violent crimes. It's not the kind of place you stop and ask for directions.

You have access to the inner-city GATE buses and the regional Metro Bus and Rail services. Taxis and rideshares are also available. There's a medium risk with the bus options. With a lot of violent crime, sitting at a bus stop, which could be up to 24 minutes according to the GATE website, could make you a mark.

Only 13 pickpockets were reported in this city, and I have to give that a low risk. However, it's also a city where criminals are more likely to take by force than by being sneaky.

Earthquakes, wildfires, and flooding are the big concerns here. The city has a comprehensive plan for dealing with all emergencies, and it's worth reviewing before you visit.

More than half of the 174 robberies reported happening in public. There's a medium risk with a robbery rate that's twice the national average.

Due to South Gate being part of the Los Angeles Metro Area, it's going to be at the same medium risk as any other city. Los Angeles is known to be a hard target, but that means the people who fight terrorists in America are working to keep LA from getting attacked.

There are no scams that directly impact tourists, so there's a low risk, but there are higher risks of other kinds of crimes, so keep your guard up.

Women have a medium risk when traveling here. It's just a dangerous city. As of early 2022, as I write this, there have been two recent smash-and-grab robberies at a popular local beauty product store and a popular discount clothing store. The thieves came in, took as much as they wanted, and left, without security or police stopping them. These are stores where many women enjoy shopping. Just be on alert when visiting South Gate.

South Gate has no recent violations of its tap water and it meets or exceeds standards. The city utility does warn people before it flushes the pipes, and this act can cause disclosed or milky water after the flushing is complete.

The South Gate Civic Center and Museum walks you through the history of South Gate and hosts modern performances and events.

You will definitely feel safe here as it’s right next to the police department.

This community is 95% Latino or Hispanic, so you can bet you’ll get some of the best ethnic food you’ve ever had here.

Check with your hotel front desk or read Yelp reviews for the best places to try.

Beyond that, the reality is, if you want to do things beyond going to a park or visiting big-box stores, you’re going to have to leave South Gate to do it.

Places to Avoid in South Gate

Crime maps show the northwest part of town and the east side area along the 710 freeway has the highest crime rates.

There is a pocket of high crime in the center of the city with Firestone and Tweedy marking the north and south border, and Otis and California marking the east and west boundaries.

Here’s the thing with South Gate — don’t drive through the neighborhoods for a shortcut or just to look around.

Stay on main roads and keep the doors locked while driving.

If you look up the recent smash-and-grab robberies, you’ll see how even going to a popular store could be risky.

This doesn’t mean it’s going to be all the time, but the potential is there.

Avoid walking around at night, even if you are with friends.

So... How Safe Is South Gate Really?

Your perspective is going to determine how safe you feel in South Gate.

Any city right next to a major metropolitan city is going to have a certain amount of crime.

It comes down to three things:

Cars also get broken into a lot.

This is a working-class community, so if you think you’re coming to a sun-drenched pristine SoCal community, this is going to take you by surprise.

There are random attacks here, but there are mostly crimes that involve domestic situations or gang-on-gang crime.

The chance of being a robbery victim is one in 533.

The chance of violent crime is one in 145, which is about 25% above the California average, but again, many of those crimes are domestic situations and not random attacks on tourists.

There are about 20 aggravated assaults a month.

The chances of YOU being a victim might be low, but the potential for crime is higher than in other cities nearby.

It’s also not a city with a lot of amenities.

Unless you are visiting family here, you might want to choose a safer community with more amenities or tourist destinations, so you’ll sit in less traffic getting to and from those places.

How Does South Gate Compare?