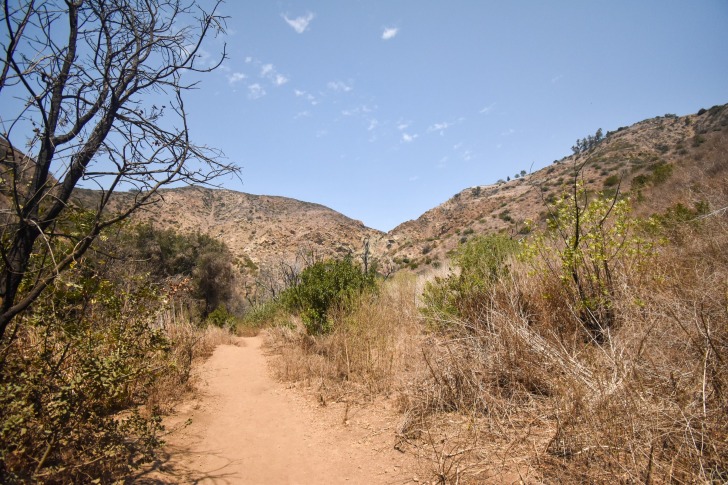 Escondido, California, proves that San Diego isn’t all about the beach with a dynamic mountain landscape.

Even the name tips a hat to the surrounding hills as it means hidden in Spanish.

This is a city with so much to do it’s hard to sit still.

From the downtown district, an up-and-coming area with shops and cafes, to the beautiful freshwater lakes, to the mysteries hidden in the mountains.

The city is loaded with modern amenities and a lot of history.

It was a key battlefield in the U.S.-Mexican War and you can still walk through those battlegrounds.

While it was once known as “The devil’s lurking-place”, a lot has changed since 1843 on the land of Escondido and even the crime wave at the start of the 21st Century has been tempered.

There's a low overall risk. What was once a crime-ridden city has been on a positive trend of cleaning up the streets. While there are still pockets of problems, there's an overall safer vibe than years gone by. Even a 2021 community report showed the majority of residents feel the city is now safe.

You can take a Breeze bus to get around Escondido or the Springer light rail to Oceanside. In town, you have regulated taxi and rideshare options. All options are low-risk. Always use proper safety steps when waiting at a bus stop or light rail station.

There's a low risk here. The theft rates have been nearly cut in half since the height of crime in 2012, and less than 20 pickpockets were reported in 2020.

Escondido runs the gamut of some bigger risks, like wildfire, earthquakes, and severe flooding. While an average day is dry and warm, there's still a medium risk because of the other potentials. There are plenty of ways to prepare for any of those emergencies so you don't get caught off guard.

While there's a low risk of getting mugged, it's important to know that half of the robberies that did happen were highway robberies. The robbery trend has been on a steady decline for the past decade.

Since this is part of the San Diego Metro area and close to several military bases, we're going to have to call it a medium risk just to keep people vigilant, especially when on vacation when it's easy to let our guard down.

A lot of the scams here target locals, but there's one in particular travelers need to know about. This is called "The Lottery Scam" and it's when someone, generally Latino, approaches you and says they won the lottery but since they are not in the country legally, they need help cashing the ticket. They ask you to give them the money in exchange for their "winning" ticket. Turns out the ticket isn't a winner and the scammer makes away with the cash. There's a low risk overall, but that one's trending across Southern California.

For the past seven years, the rape trends have been stagnant, around 50 reports a year with a very small solve rate. While it's not inherently dangerous for women, there are a lot of places to get into a bad situation here, whether it's having too much fun at night or wandering into a dangerous part of the mountains. The low risk only comes with a lot of self-safety practices.

There's nothing in the tap water to make you worry. It's a low risk and meets or exceeds all requirements.

Safest Places to Visit in Escondido

Taking a look at Kit Carson Park made me want to be a kid again.

This community park is more than just picnic tables and a swingset.

Get ready to see some cool animals at Safari Park Zoo, emphasis on the word “Safari”.

There are so many safari options here, including a “Roar and Snore” where you can sleep among the animals (safely and securely).

Thrill-seekers will love the zip line above the zoo.

Go back in time to San Pasqual Battlefield. Pay respects to one of the bloodiest battles during the U.S. Mexican War.

We were going to tell you about the Valley View Hotel & Casino, but we got distracted by the Bates Nut Farm.

This 100-acres ranch is more than a century old and comes with a variety of nuts to sample and purchase.

There’s a petting zoo and picnic area, making it a great family-friendly stop on your visit to Escondido.

Just beyond that is the sinister-named Hellhole Canyon Preserve.

Those brave enough to walk through will see amazing, once-in-a-lifetime sights.

There’s an interactive map where you can search for your favorite outdoor activity in this 460,000-acre park.

Places to Avoid in Escondido

Crime maps show the highest crime rates along the I-15 and Highway 78 corridors, which is normal for most medium or large cities.

There aren’t specific bad parts of the town, which is a relief but can also be misleading.

With any Southern California town, you’re going to have gangs and drug activity.

Escondido is no different.

In the 2021 community survey, the top three safety concerns of citizens were:

There are things to avoid in the natural wonders of Escondido.

Never go off a trail or you might run into an angry rattlesnake or other wild animals.

Avoid any area closed off due to wildfire damage as you could get hurt by dead trees and you could also impact the recovery of the burned land.

Safety Tips for Traveling to Escondido

So... How Safe Is Escondido Really?

Let’s have the citizens answer that question first.

From crime statistics, the city is safer than the California average in violent crimes and property crimes.

On top of that, near the turn of the century, this city was listed as one of the most dangerous in California.

It has turned a corner and it has now been trending downward for two decades.

There is a 1 in 163 chance of being a violent crime victim.

Escondido is one of the more affordable places to live (if there is an “affordable” place in California) and that’s going to come with a little less glistening on it than some of the more upscale communities.

You’ve got some grit here, but even the majority of people who choose to live here feel it’s pretty safe, and that should speak volumes.

How Does Escondido Compare?