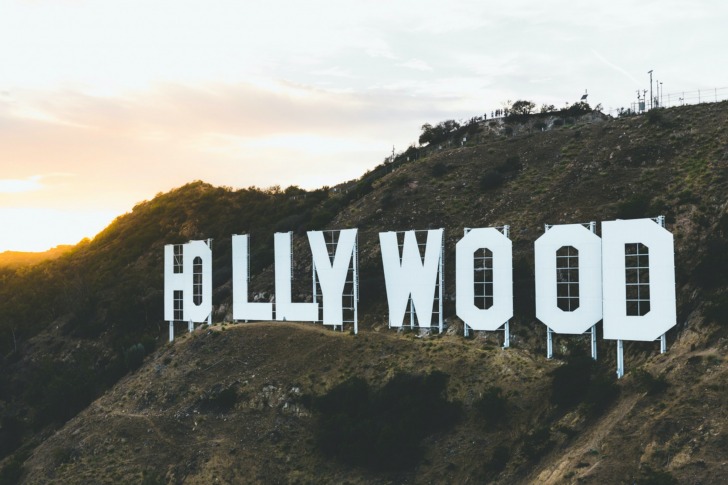 Burbank, California, is the “Media Capital of the World” with some of the biggest entertainment industries headquartered here.

The area is broken up into four unique neighborhoods and backs up to a beautiful mountain area.

There’s shopping and dining in different sub-cultures of this community.

You might even stumble upon a setting for one of your favorite movies.

The famous Hollywood sign isn’t too far away either.

It’s also a less “touristy” place than nearby Hollywood.

You can look for movie stars or do some star-gazing above the city lights.

There’s even a nearby airport to avoid the busier LAX.

Burbank is surprisingly not a one-size-fits-all community.

There is something for everyone.

There’s a police force dedicated to this community of 107,000 people, making it a safe travel option for all the excitement Burbank offers.

There's a low overall risk in Burbank. For a city that is in a major metropolitan area like Los Angeles, it's almost shocking how low the crime numbers are compared to California and the United States.

There's a low risk in this area as all forms of transportation are regulated. While Los Angelenos love their cars, this is also a popular rideshare community. There are parts of the city that are walkable, but to get a full view of Burbank, you'll need some kind of transportation.

There were only 16 pickpocketing and purse-snatching reports in 2020. That's a low risk in a city that brings in so many locals, business workers, and tourists. Overall, with theft, there's a one in 60 chance of being a victim of a theft, and most of those involved vehicles.

While Burbank weather is generally sunny and mild, there is a greater chance of an earthquake in this area given the proximity to the San Andreas fault line. It's not uncommon to feel a little bit of shaking from time to time. Wildfires can also devastate the surrounding mountain areas and dump smoke into the valley. That's medium risk. Check your weather app before you leave each day to see if there are air quality alerts.

There were 48 robberies reported in Burbank in 2020, and the majority of those were stolen cars. There's a low risk, but you should always keep a confident look about you when walking around to dissuade thieves.

A medium-risk exists in Burbank because it's part of the second-largest metropolitan area in the country, which could always be a hard target for terrorists.

There's a medium risk in Burbank. Local police report a lot of scams involving phone calls and emails, which mainly affect locals, but there was a bank scam where someone asked for help when they reached their cash limit for the day at the ATM. Turns out the scammer gave the person helping him a fraudulent check. Don't fall for this kind of scam.

Burbank is safe for women to walk around day or night, assuming you are paying attention to your surroundings and aren't drinking too much. While there's a low risk of anything bad happening, you don't want to create a crime of opportunity.

Drink up! The tap water risk is low in Burbank and year after year the water passes all state and federal standards for clean water. Burbank Water & Power test water daily for more than 160 potential contaminants.

Safest Places to Visit in Burbank

There are four neighborhoods in Burbank and each comes with its level of excitement.

We’ll get to the big one first.

This is where the movie and television studios reside.

Warner Bros, The Walt Disney Company, The CW Network, even Netflix are all here, just to name a few.

You can schedule a studio tour or attend a live taping of a show.

You’ll have to check during your arrival period what is going to be available as hours change throughout the year.

This area is a little funkier than others, bringing a hip vibe with a laid-back style in its shopping and dining options.

Check out the Mystic Museum for a little bit of afterworld excitement.

You’ll find a lot of great vintage shopping here too.

The Downtown Burbank area is bustling with excitement day and night.

The country’s largest IKEA store is here, in addition to more than 600 other stores and restaurants.

You find some of the big-name brands around every corner with some hyper-local cuisine options.

You’ll not even be able to get away from the airport before you start enjoying all Burbank has to offer.

There are many outdoor options in this neighborhood, like Brace Canyon Park and the DeBell Golf Course.

This is also where the famous Starlite Bowl is located.

Places to Avoid in Burbank

Burbank has its police force, which isn’t true for all cities in the Los Angeles area.

This, plus the professional and residential vibe of the area, makes it hard to find a place that isn’t safe day or night.

This isn’t a party part of town.

If you want a big nightlife opportunity (and the safety risks that come with it), head to Hollywood.

We scoured through the crime data in this community, and the biggest risk you have is getting your car stolen or things in your car stolen, so don’t leave anything in plain sight.

Park in a garage monitored by security if you can, or take the BurbankBus system with several routes available 24 hours a day for just $1 a ride.

Safety Tips for Traveling to Burbank

So... How Safe Is Burbank Really?

Burbank is about as safe of a city as you’ll find in a major metropolitical area.

This is a community of workers, from the big studios to local businesses to the tourist dining and shopping scene.

Again, having its police force is a bonus for safety in Burbank, as some other cities in the area just get oversight from the Los Angeles County Sheriff’s Office.

In the past 10 years, the city has only had at most two homicides a year, with four of those years having no homicides reported.

The violent crime rate is 162 per 100,000, which is more than half the rate of the national average.

Robbery and aggravated assault are both exponentially lower than the national numbers.

How Does Burbank Compare?