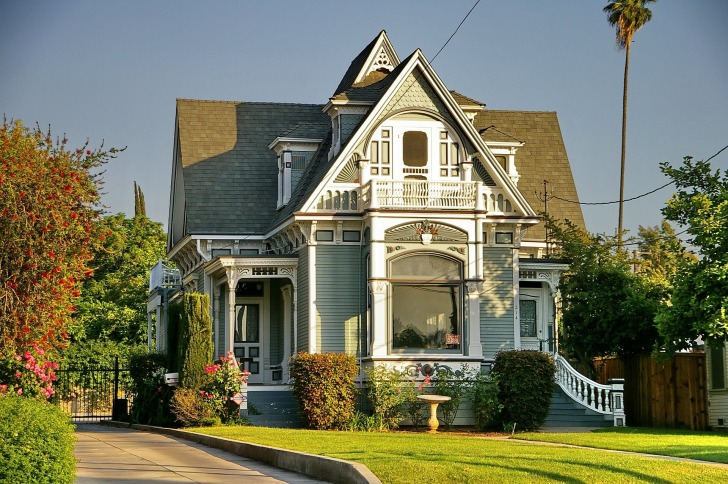 Tucked into the base of the San Bernardino Mountains in the Inland Empire of California sits Redlands.

The city gets its name from the reddish glow of the ground, and has gone through several nicknames from “The City of Millionaires” to “The City of Beautiful Homes” to “Washington Navel Orange Growing Capital of the World.”

Now it’s known as “A Big Town with a Small Town Feel.”

From stately homes to modern shopping centers, Redlands is a beautiful city that just keeps growing.

This is a city that embraces its history and keeps it’s downtown quaint, comfortable, and safe.

Another benefit of Redlands is how close it is to other top destinations.

You could theoretically start the day with a beach sunrise at Newport Beach, ski the afternoon away at Big Bear, and close out the day with dinner in Palm Springs.

The Inland Empire is the name of the area near Riverside and San Bernardino and it is part of the Los Angeles metropolitan area.

It’s not an official location, but this whole area is often referred to as the Inland Empire or The Empire.

There's a low overall risk in Redlands. It's a family-oriented town with a lot of history and a growing population. It's a nice escape from the hustle of the city but still close enough for a night out on the town.

Omnitrans is the bus service that gives rides to more than 11 million people each year throughout San Bernardino County. Taxis and rideshares are available too. All have low risk. However, having a car here would allow for more adventures.

There were just four pickpockets reported in 2020, so that's a low risk. There are a lot of shopping areas here, so be aware of your surroundings and keep your purse or wallet close and secured.

Wildfires and earthquakes are the two biggest risks here. There's a medium risk just from the potential damage that could happen, but on a typical day, you're going to have beautiful weather in Redlands.

There's a low risk of being mugged. There were 69 robberies reported in 2020 and 21 of those were robberies in public.

We have to give any city within the LA metro area a medium risk, just because terrorists like to target large population areas and tourist attractions. LA has both and more, including military presence and major corporations.

There are about half a dozen popular scams in this area, but none that include tourists. There are utility scams and phone phishing scams. You shouldn't have an issue with scams and there's a low risk.

Women shouldn't feel unsafe at all visiting here. There's a low risk and a lot of opportunities for a girlfriend's weekend getaway, and even some popular wedding venues to explore.

Safest Places to Visit in Redlands

Please go to Big Bear and send me pictures.

Ok, it’s not IN Redlands, but it’s just an hour’s drive into the mountains.

There is something to do in all seasons in Big Bear and the worst problem you’ll have is the traffic.

In Redlands, go on a home tour.

The historic walking tour takes you to some of the most stately and beautiful homes you’ll see in California.

The Victorian-era designs are worth the journey.

The Kimberly Crest House & Gardens is the crown jewel of homes in Redlands.

Rent a bicycle and explore Redlands on two wheels.

The city is bike-friendly and has a path that stretches from one end of town to the other.

There are trails off the main road and lanes and green turning boxes for cyclists on main roads.

Umbrella Alley is the spot to take a photo for social media.

The umbrellas create a sky of color above you and this alley is surrounded by restaurants and shopping.

A walk through downtown Redlands is a good way to experience the real vibe of this city.

If you want to climb a mountain, go after San Gorgonio Mountain.

It’s the tallest peak in California south of the Sierra Nevada mountain range.

Study up on the Sand to Snow National Monument before you go.

(Hint: It’s not a monument as you would traditionally think of one.)

Places to Avoid in Redlands

A lot of websites that aren’t as up-to-date as this one tout the Splash Kingdom Waterpark as a place to visit.

It’s not open any longer.

It was torn down after years of safety violations and hazards.

Also, if you see Olive Dell Ranch in your search and think of visiting, you should know it’s not a park.

Don’t Google it at work either, because there are nude photographs right on the front page.

Crime maps show most areas of Redlands are safe, with the only higher crime spots being west of the 210.

The southern parts of town are newer and wealthier, while the northern end of town is considered more “working class.”

There isn’t a bad neighborhood to avoid or a warning to avoid walking around at night in busy retail areas here.

Safety Tips for Traveling to Redlands

So... How Safe Is Redlands Really?

It’s pretty darn safe for a city in the Los Angeles area.

There were seven homicides in Redlands in 2020 and they were all connected to domestic violence situations.

None was an attack on a stranger or tourist.

Even Police Chief Chris Catren has this to say about crime in Redlands in 2021, “Some things are up, like catalytic converter theft.

Everyone knows someone who has had one stolen.

That’s a frustrating crime because it is so costly to replace those.

But overall, the crimes that impact most people, like burglaries and general theft, have remained steady with last year.

Coming out of lockdown, everyone expected those to bounce back to pre-pandemic levels.”

Even the downtown area has a low crime rate when you look at the crime maps, which is uncommon for cities this size.

Redlands started as a home for wealthy people seeking a new life in California and while it’s not as wealthy as Beverly Hills, there are some really nice parts of this community and people who want to keep it safe and prosperous.

How Does Redlands Compare?