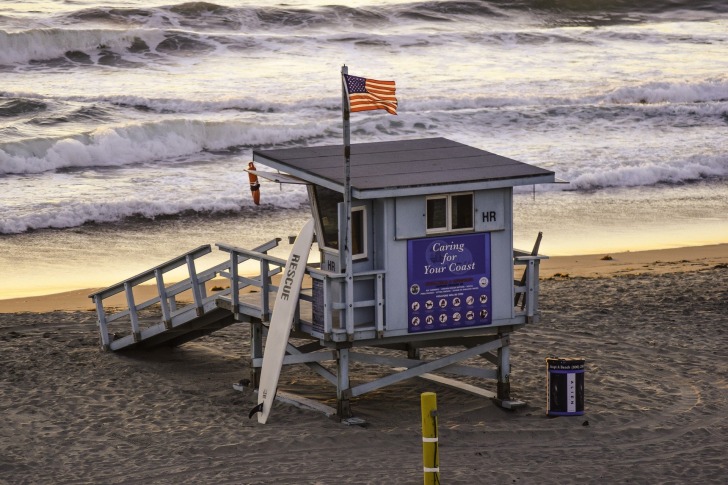 Torrance, California, has a little bit of everything for visitors.

A beachfront, freeway access, neighborhoods tucked away from it all, shopping, a wide variety of ethnic dining, and a good amount of history and art.

The city is home to one of the largest malls in America, and if you’ve ever enjoyed a King’s Hawaiian bread, chances are it came from Torrance.

Torrence is also situated next to several of the most popular beaches in Los Angeles.

36% of this community is Asian and includes one of the largest Japanese populations in the country.

You can eat your way through Asia and other countries with more than 400 restaurant options, including 12 microbreweries.

Right in the middle of the city, you’ll find an escape from urban life in a man-made marsh with plenty of outdoor activities.

There's a low overall risk in Torrence. This is a city that seems to have balanced all the best parts of California and wrapped it in a bow of safety with low crime numbers.

Torrence Transit can get you to all the hot spots in the city, from the mall to the beach. Taxis and rideshares are readily available and they all come with low risk. As with any public transportation, you should watch your back at the transit stops for potential crimes of opportunity. Don't get lost in your own world with headphones on and your backpack at your feet.

There were just four pickpockets reported in 2020, making this a city with a low risk of it happening to you. Ideally, you put a wallet in your front pocket buttoned-in as those are harder to steal than a wallet left in a back pocket.

There are risks of earthquakes, wildfires, air quality impacts, flooding, and hazmat situations in Torrance. The city has a comprehensive plan to prepare for and deal with emergencies as they happen. There's a medium risk because of the dangers that can happen and the city has an emergency hotline. Store (310) 618-2320 in your phone in case you ever have to make that call to get more information.

The robbery rate is just below the national average, so there's a low risk here. You still need to take proper safety precautions, but there's not an inherent risk of being mugged in Torrance.

It's close to LAX and has several big companies headquartered here, plus its part of a large population metro area. All that adds up to medium risk. The city's emergency management plan covers terrorism or shelter-in-place situations, so you can read more to be prepared, just in case.

There are several scams reported in Torrance, but none that include tourists. Most of the reports involve unemployment debit card frauds or scams involving the utility company.

Women should feel safe traveling to Torrance with low risk, but that doesn't always hold true for neighboring communities, so research other cities you'll be visiting while spending time in the South Bay of L.A.

The most recent annual water quality report shows no violations in 2020, and the city meets all required state and federal guidelines. There's a low risk of using tap water here.

Safest Places to Visit in Torrance

There’s 1.5 miles of beachfront in Torrance and it connects to Redondo Beach, another safe community.

The beach has lifeguards during the day to oversee swimmers, divers, windsurfers, and water surfers.

If there is ever an emergency at Torrance Beach, the city now has a Beach Emergency Evacuation Lights System (BEELS) to alert people in the water and on the sand of the emergency.

Del Amo Fashion Center has gone through changes over the decades, and what was once a dying mall has now been rejuvenated into a shopping destination with everything from Old Navy to Nordstrom through three levels of shopping.

15 restaurants are also in and around the mall, with everything from Pink’s Hot Dogs to a Vegas-style Seafood Buffet to the Bazille Bistro at Nordstrom.

Old Town Torrance has the feel of the 1900s settlers who called Torrance home.

There are shops and cafes along the street and don’t forget to check out the Torrance Historical Society for a look at some of the best-preserved homes in the county.

This is also a hot spot for farmer’s markets and farm-to-table food.

Places to Avoid in Torrance

Crime maps show the areas north and east of Torrance Boulevard have the highest crime rates.

The beach area is one of the safest parts of Torrance according to crime maps.

On an additional note here. There is a place called Rat Beach.

As a person scared of rats, I immediately thought “No Way!” when I saw this.

Turns out, it’s not because it’s overrun with rats (don’t our minds tend to go to the worst-case scenario sometimes??).

It’s a good talking point to ask locals how Rat Beach got its name because there are several theories, but no definitive answer.

One popular theory is that it stands for “Right After Torrance” since the beach is just outside Torrance city boundaries.

It is a popular spot for swimming and surfing, so don’t let the name scare you away.

There are reports on social media that the closer to Gardenia you get, the more run down a neighborhood is.

Crime maps show there are higher crimes in the area, but not nearly as crime-ridden as some of the sections of town to the east.

Safety Tips for Traveling to Torrance

So... How Safe Is Torrance Really?

The only crime rate that goes above the national average here is Larceny/Theft, and it’s just slightly over

The violent crime rate is more than half the national and California state average, which is important when looking for a safe place to stay in Southern California.

The city hasn’t had more than three homicides in a year since 2012.

Even property crime rates are lower than the California average.

Here’s the risk of being a victim of a crime in Torrance, based on 2020 data provided to the FBI:

I wish I had a dollar for every city I’ve written about that says thefts from unlocked cars is one of the top crimes in the community.

I can’t imagine how much lower theft rates would be nationwide if people just locked their cars and kept the windows rolled up.

How Does Torrance Compare?