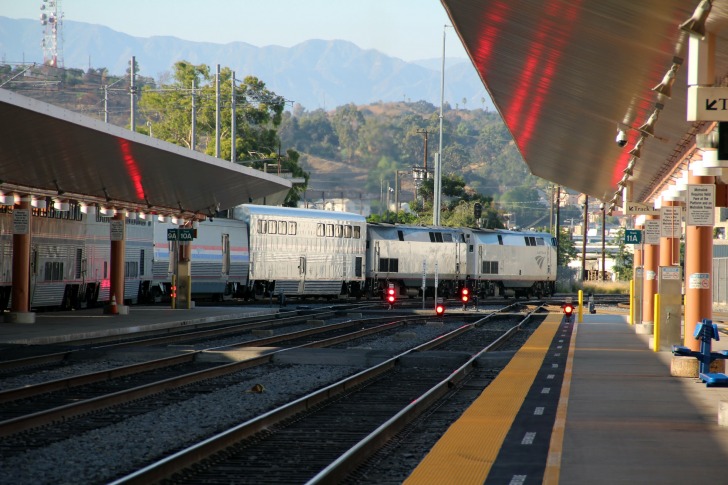 Union City, California, is one of the city legs of the Tri-State Area that includes Fremont and Newark in the East Bay area of the San Francisco Metropolitan Area.

This former railroad town still has trains running daily and is a feeder market for commuters into Silicon Valley as it’s just right across the bay with two major bridges to get people to the peninsula.

Union Landing is a shopping and dining destination built on 100 acres in the heart of Union City.

Meanwhile, a massive project is underway on the east side of Union City, creating the Union City Station District downtown.

Not only will this plan bring more office space, housing, and retail to Union City, it’s poised to be the “mega-hub” for connecting from Stockton to Silicon Valley.

There's a low risk in Union City. The violent crime rate is lower than the national and California average. This is a very busy city, with certain risks that come with that, but overall, it's one of the best choices in Easy Bay.

One bonus of Union City is, in addition to regional transportation services like Bay Area Rapid Transit (BART) and AC Transit, you have an inter-city option of UC Transit. Taxis and rideshares? Yep. All low risks, but don't let your guard down. It's easy to pop in earbuds and disconnect. That could make you a crime of opportunity. Stay alert.

There were just 16 reports of pickpockets or purse snatching in 2020, so while the theft risk is higher than the national average, there's a low risk of being pickpocketed. One tip police give is to put wallets in a buttoned front pocket, not the traditional back pocket, to make it harder to take without you noticing.

Union City is on the Hayward Fault Line, which hasn't had a big earthquake in more than 150 years. However, it historically has had one, on average, every 150 years. The city, county, and state have immense plans for earthquake preparedness, so it's more a topic to study before you go, not a deterrent. There are smaller risks of floods and fires. So overall, there's a medium risk, because bad can be REALLY bad here, but on an average day, you're going to have some of the best weather of your life.

Just 65 robberies were reported in Union City in 2020, and not one was a highway robbery. However, that's still a little above the national average when you do the crime math. There's a low risk.

Any major mega metropolitan area like San Francisco/San Jose/Oakland area is going to be a medium risk. There are tech giants located here and several military operations in addition to a large population.

There is a scam that started in 2022 where scammers approach people, usually people, and tries to sell them costume jewelry. As they are putting on fake jewelry, they steal the jewelry from the people. The other scams are mostly targeting locals. It's a low risk, but just be aware of that new scam happening. If you are the victim of a scam, call 510-548-4040 ext. 388 to connect with the Consumer Justice Center.

Women should be safe to travel here as long as they are practicing basic safety measures. It's a low risk. Be especially cognizant when waiting at public transportation spots or when being out after night. Try to travel in groups and keep doors locked when driving.

Tap water has a low risk. All tests exceed or meet the government requirements. The city has a detailed list of what you should do if you encounter a water problem, as some issues are beyond the utility's control and are impacted by pipes in the home or hotel.

Union Landing is the retail, transportation, and gathering core of Union City.

It’s also where the bulk of the hotels are, so it works out well for visitors.

While you’re there, visit the 9/11 Memorial for Flight 93, the first one of its kind for the flight that crashed into a Shanksville, Pennsylvania, field that horrific day.

It was en route to San Francisco.

The memorial is at Sugar Mill Landing Park, just across Dyer Street from Union Landing.

If you want to get outdoors, take a walk along the Alameda Creek Trail.

On the other side of the valley, you have Dry Creek Pioneer Regional Park with more than 20 miles of trails through hills, valleys, grassland, and water features.

Places to Avoid in Union City

Crime maps show the areas along Alvarado-Niles Road have the most crime incidents.

Here’s the shocker, at least to a crime numbers geek like me.

I was looking at the crime map overall, and the WIDE expanse of Dry Creek Pioneer Regional Park was listed as one of the highest crime areas.

It wasn’t the highest, but it was in the top 3 most dangerous areas. Could that be right?

Now I can’t get the number just for that park, but I can get the East Bay Regional Park Police numbers.

Here’s how that breaks down:

I would think the biggest risk in those parks would be a rattlesnake bite.

Car theft makes sense since people leave windows rolled down or doors unlocked too often, but violent crime in a park?

It’s good to know you need to amp up your safety while visiting the wilderness, too!

So... How Safe Is Union City Really?

Of course, those are probably people who want nightlife and city life.

This is a suburban community, more middle than upper class, at least by Bay Area standards.

There’s a new stream of people from Silicon Valley coming to live here for lower housing costs and easy access with two bridges that go to the Peninsula.

Here’s how the crime statistics break down from the 2020 annual report:

There isn’t a city in the Bay Area that doesn’t have a certain amount of crime.

Most of the residents are attuned to the risks and do their due diligence to stay safe.

The more you study how the BART and AC Transit systems work, review the traffic patterns, and research the area, the safer you’re going to feel going into this busy suburb.

How Does Union City Compare?