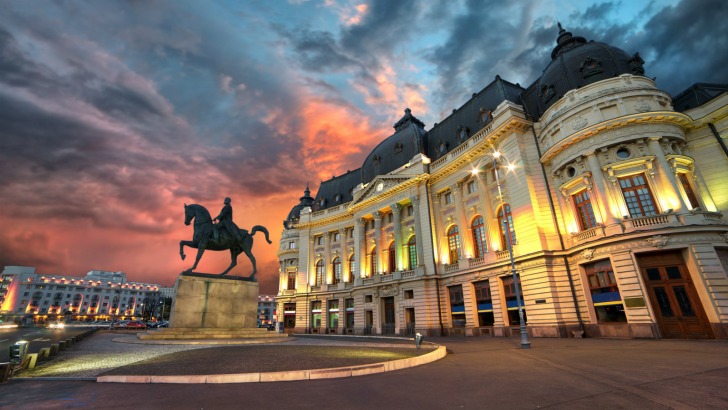 Romania - safety as a country

Apart from being Romania’s capital, Bucharest is also a very important industrial and commercial center of the country.

With 2 million residents, Bucharest is the 6th largest city in the European Union by population within city limits, right after London, Rome, and Berlin.

Although the city boasts rural and old monuments, architecture and structure, the modern buildings and infrastructure are just booming these past few years, and the city is becoming more and more popular.

For the most part, Bucharest is a safe city to travel to, and considered to be a welcoming traveling destination, ranked among the most-threat free countries on the planet.

Generally speaking, transportation in Bucharest is safe. As in any other tourist city, cab drivers could take advantage of an unprepared tourist, scamming him into paying the ride way too much.

Pickpockets and small thefts are some of the most common crimes you can encounter in Bucharest and other famous tourist destinations in Romania, and even there they are rare compared to other bigger European capitals.

Bucharest is somewhat vulnerable to earthquake hazards, given the fact that they are located in an active seismic zone. Apart from that, Bucharest is susceptible to heavy rains or snowfall during winter.

Even though crimes against tourists remain a problem in this city, and especially towards tourists, mugging is not an issue and rarely happens towards them.

Given the fact that as of recently, Romania started boosting anti-terrorism laws, even though it was always considered to be one of the most terrorism threat-free countries in the world, traveling to Bucharest is considered as safe as can be, when it comes to terrorism.

There are, of course, regular scams that are being conducted towards tourists in Bucharest, but they're mostly in the form of overpricing in bars, or by the street vendors. Drink spiking is also an issue in night clubs.

Bucharest is as safe as can be for women travelers, but even so, they should be aware of the dangers of roaming alone in a strange city. Just like pretty much anywhere, they should avoid walking alone down empty or poorly lit streets, walking past groups of people that behave or look strange or getting into conversations with unknown people that might seem strangely friendly.

So... How Safe Is Bucharest Really?

Bucharest is a very safe city to visit, especially when compared to some other famous cities in this part of Europe.

The chances of being physically attacked in Bucharest are far less than being attacked, say, in the US or the Western Europe states.

That certainly doesn’t mean you won’t encounter minor incidents such as pickpocket incidents, smaller thefts or vendors trying to trick you while selling something.

Watch out for scammers, plan everything, negotiate all fees in advance, double-check everything you hear from vendors on the streets and be careful when making friendships with unknown “friendly” locals trying to help you with anything: they might try to steal something from you or charge for their help.

One thing to bear in mind is the scammers that show up when people are boarding or leaving trains.

They tend to impersonate other travelers and enter couchettes or sleeping booths and then skillfully steal your belongings.

Also, pay attention in night clubs or bars for people trying to spike your drink (not common, but has been reported) and in poorly lit streets and areas, or upon seeing strange activities on the streets.

How Does Bucharest Compare?