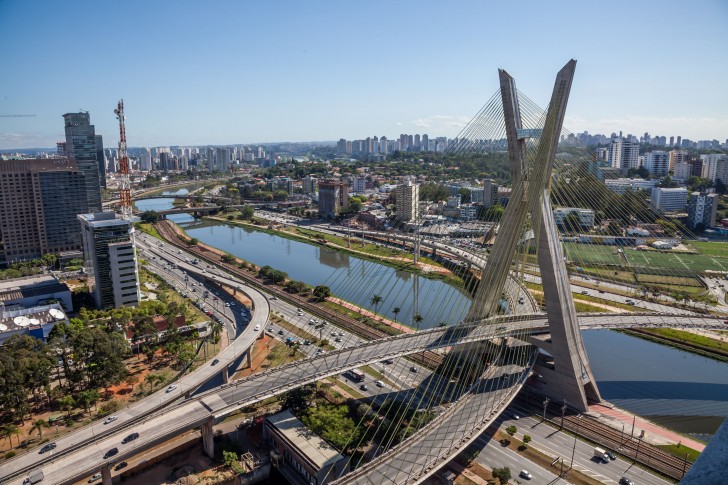 São Paulo, the largest city in Brazil has a city population of 11 million and even more than 20 million in the metropolitan region.

Many immigrants used to be attracted to this incredible city, so it is one of the most diverse cities in the world.

Sao Paulo is the capital of rich people, nightlife and culture.

Although tourists who visit Brazil often prefer the beaches of Salvador de Bahia or Rio de Janeiro, Sao Paulo is surely a great tourist destination with its museums, restaurants or jovial nightlife.

Some of the must-see sights of Sao Paulo are the Neo-Byzantine Catedral de Sé, the Municipal Market and São Paulo Museum of Art.

If you take into consideration all the possible dangers in Sao Paulo, it is an averagely safe city. As in any other city, some unsafe parts should be avoided, particularly at night.

Public transport in Sao Paulo can be considered unsafe. While the metro and buses are believed to be generally safe, buses and bus stops are risky, mainly at night.

Areas around Praca de Sé, the metro and bus, and train stations, as well as crowded zones, are the main locations of the pickpockets. Thieves also operate in markets and hotels. Caution is compulsory when traveling at night through rural areas since a few precautions will minimize the chance of being pickpocketed.

Some natural disasters, like the flooding caused by the heavy rainfall, which affects the mud to rush down the mountains and destroy the towns by knocking down houses are possible in Sao Paulo.

Mugging and kidnapping are very common in Sao Paulo particularly in urban areas where tourists are forced to take their money from ATMs and give it to the kidnappers to be released. The best solution to avoid the risk of being kidnapped during the night is to travel in a private car.

When the terrorism risk is concerned, Sao Paulo is believed to be a very safe city and it is marked as a low-threat location for terrorist activity.

Tourist places are locations where lawbreakers will try to scam you. In Sao Paulo, tourists should be extremely cautious around ATMs and avoid being surrounded by groups of teenagers with strange behavior or people who want to help them.

Women are generally safe in Sao Paulo and can walk alone through the city, but still, nights are extremely dangerous, so it is not always advisable for a female to find herself alone on empty and dark streets.

So... How Safe Is Sao Paulo Really?

Brazil is the country that has some unsolved issues with crime and that continues to be the principal danger to its visitors.

Fortunately, the crime rates are decreasing especially in Sao Paulo being a great tourist destination.

The Westside of Sao Paulo is a center of business, nightlife, and education, and it is safer than other parts, being the city’s richest area.

The police presence around Praça de Sé in the old city center makes this area safe, unlike the Crackland area near the Parque de la Luz that needs to be completely avoided by tourists due to the appearance of the drug addicts, prostitutes, and criminals.

Some areas are very dangerous for travelers as well as the citizens of Sao Paulo since robbery, assault, burglary, and theft happens at all times of the day.

Violent crimes like murder, rape, and kidnappings are attributed to street gangs and organized groups and they are not very frequent.

Regardless of all these dangers, Sao Paulo should not be taken as a city to be avoided.

Quite contrary, it is a great city to explore, with its world-class restaurants and major cultural and historical attractions, as long as you remain vigilant while touring the city.

How Does Sao Paulo Compare?