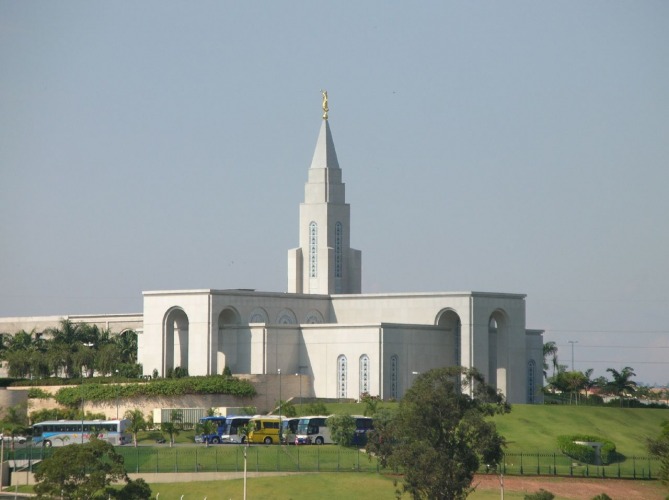 Campinas is a city and county in São Paulo state.

It’s the third biggest city in the state, just after São Paulo itself and Guarulhos.

Travelers come here to see Parque do Taquaral (Parque Portugal) – it is a trendy place among families and well recommended for kids; Lagoa do Taquaral – beautiful for peaceful rest lake; from here is very popular to take São Paulo Private City Tour.

Even if you don’t want to buy anything, it’s a pleasure to look at this art.

The city is large and divided into different areas - from poor to luxurious. In poor areas, there is a high chance of getting into trouble. If you avoid certain areas in the dark, you can safely spend time in Campinas.

Campinas has a public transport system; in the daytime, it is quite safe to use it to go around the city. At night it is recommended to take a taxi. Call only licensed taxis, by numbers at the hotel or from your smartphone application. Do not catch the car on the streets.

The risk of picketing is quite high. Thieves usually lookout for gaping tourists to empty their pockets. Be vigilant in tourist places, train stations, and crowded places. Always watch your pockets.

The region is prone to droughts - and as a result - to forest fires. Floods and landslides are also possible here. Examine the weather and the current situation for natural disasters before you travel here.

Armed robberies are a common occurrence in Brasilia, and they are common in Campinas too. Do not walk the streets at night, move in groups, and use a taxi to get to your hotel if you return home late. It is recommended not to carry a lot of cash and valuables.

Even though in the history of Brasilia, there were no terrorist attacks, the proximity to Venezuela and its conflicts makes it possible to attack the capital of Brazil. Besides, like any capital, the city is especially attractive to terrorists. Be on the alert and avoid political demonstrations.

Most often, scammers try to make money on tourists by setting inflated prices for goods and services. Avoid shopping on the streets and use only licensed services. Be vigilant with those who are trying to distract you on the road - at this time another thief can empty your pockets.

Women traveling alone to Campinas can be safe while strolling around the city during the day. At night it is not recommended to stay on the street alone. You should also avoid overly open clothing so as not to attract the unwanted attention of men.

So... How Safe Is Campinas Really?

Campinas is considered a rather unsafe city.

The crime rate here is quite high; most often, there are armed attacks and robberies.

The level of bribery and corruption is also high.

It is believed that the city is safe enough during the day, in tourist places, it will be enough for you to use common sense and look around to avoid trouble.

However, at night it is not recommended walking the streets of the city because of the high risk of getting into trouble.

If you return to the hotel late at night, take a taxi.

“Crackland” area in the Botafogo neighborhood (Downtown) and some lower-class suburbs are considered to be less safe places for walking, try to avoid it.

The Downtown area is not safe during the night and should be avoided too.

The districts of Barão Geraldo, Sousas, and Joaquim Egídio are safer than the central zone, but crime does happen, and staying alert to your surroundings during the night is always a good idea.

It is recommended to rent a hotel with all-day security service and park your car only in well-guarded parking lots.

Never leave valuables in the car and lock it securely.

The risk of robbery is higher if you behave like a tourist – you will immediately be distinguished from the crowd.

It is not recommended carrying a lot of cash and expensive devices and jewelry.

How Does Campinas Compare?