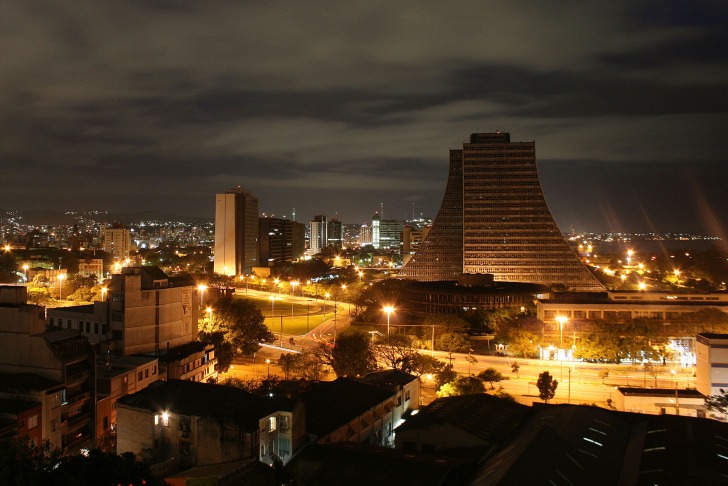 Porto Alegre is the state capital of Rio Grande do Sul and the biggest urban agglomeration of southern Brazil.

It is considered to be the perfect blend of Brazilian and Portuguese cultures.

It used to be safe but in the recent past everything changed and now it’s a city that isn’t exactly beloved by tourists.

The cultural houses are in bad condition – at least all the public ones.

You can see drug addicts and homeless people a lot more than ten years ago, and there’s a general feeling of unease.

Health and education are also in a big crisis right now.

Porto Alegre is mostly unsafe and you should take precaution on the streets of major cities, and after dark. Be wary of pickpockets and bag snatching and keep your valuables safe by your side. Never carry all your money in one place or leave your valuables in plain sight in a car or at a beach when swimming.

Public transport is generally safe in Porto Alegre, though it has its dangers. Be careful on buses and bus stops since that's where pickpockets and petty thieves operate.

Pickpockets are a common occurrence on the streets of Porto Alegre and tourists are recommended to remain vigilant at all times when on the street. Make sure you don't flash your valuable possessions on the street, or better yet, leave them in your accommodation.

There are some natural threats in Porto Alegre, such as dangerous insects and diseases they carry, and floods. Be on the lookout and follow the authorities' instructions.

Mugging is not altogether uncommon in the streets of Porto Alegre. In such a situation, hand over all your possessions immediately and do not resist. Avoid poorly lit and deserted areas.

Although there haven't been any terrorist attacks in Porto Alegre's recent history, they shouldn't be ruled out so remain vigilant at all times.

Traveling to Porto Alegre is somewhat unsafe for solo women, but bear in mind that you should always hike in the company, never alone. Stay away from poorly lit and deserted streets and areas and from people that are visibly intoxicated or under the influence.

So... How Safe Is Porto Alegre Really?

Porto Alegre is a city in one of the most criminalized countries in the world, and therefore, it is not the safest choice.

But if you keep your wits with you and follow rules of precaution, you will minimize the chances of something going wrong.

The golden rule in any Brazilian city – and by extension Porto Alegre too – is never to wear bling in public, or anything gilded, diamond-encrusted or oversized.

Avoid downtown after 7 p.m., never stay in your parked car at night, even if you’re just waiting for someone to come out of their house, watch out when stopping at red traffic lights everywhere after 10 p.m. – there are just some normal precaution rules for Porto Alegre.

There are some safe areas, of course, like Moinhos de Vento, Bela Vista, Três Figueiras, if you can afford to live there.

You are advised to always keep a small amount of cash with you (preferably cleverly hidden, concealed in a money belt under your clothes, in secret sewn-in pockets, or your shoes) and to avoid carrying bank cards.

Pickpockets have a bunch of creative diversions to distract you long enough for them to steal your wallet.

Never carry all your money in the same place and keep your belongings close to you at all times.

How Does Porto Alegre Compare?