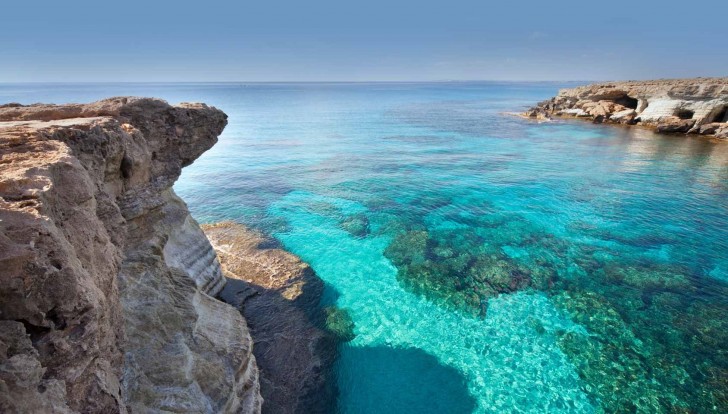 Cyprus is a Mediterranean island positioned south of Turkey, the third largest island in the Mediterranean Sea, right after Sicily and Sardinia.

Geographically, this island is in Asia though politically it belongs to Europe and is even a member of the EU.

This gorgeous island is most famous for its archeological findings, its turquoise beaches, and beautiful coastal drives.

Divided into a Turkish North and a Greek South, it is a place that invites many tourists to visit each year.

There are about one million British nationals that visit Cyprus every year, and with this staggering number of tourists, it is no surprise that most visits go by smoothly and with no troubles, however, one should be cautious since this country has some safety issues.

Cyprus is generally very safe to travel to, even though it is geographically close to countries hit by terrorism and wars. Petty crime does occur, especially during the holidays and summer.

Taxis and other types of transportation are normally safe in Cyprus, with reliable and modern vehicles. Taxi sharing is not permitted in Cyprus.

Pickpocketing and bag snatching have been reported and such cases occasionally happen, as do cases of valuables theft when left unattended or in plain sight in an unattended vehicle. Be cautious when handling money or other objects of importance.

Minor tremors happen occasionally in Cyprus. In the event of a natural disaster, follow the advice of the local authorities.

Street crime rarely happens and even if it does, it is usually performed by unarmed criminals. Armed robbery is most common in the Turkish, northern part of the country, and is rare elsewhere.

A general threat of terrorism exists, since Cyprus is located very near to war and terrorism stricken countries, to which the Foreign and Commonwealth Office adds: “Attacks could be indiscriminate, including in places frequented by foreigners.

When it comes to women traveling alone, if you follow the basic protocols of a lone traveler, male or female then your trip to Cyprus should go smoothly. Use common sense and be aware of your surroundings at all times.

So... How Safe Is Cyprus Really?

The main safety issue with Cyprus is that it’s surrounded by countries hit by terrorism and war – with Turkey to its north, Syria, and Lebanon to its east and Egypt and Israel to its south.

The island is located just over 50 miles off the west coast of Syria at its closest point and it takes just under an hour to get to it- when traveling by plane.

There have been numerous incidents where refugees kept arriving in Cyprus by boat, after making the perilous trip from Turkey or Syria.

Overall, Cyprus is a safe country and has seen less violent crime on the streets or elsewhere than other European countries of similar size.

However, crime-related incidents do occur as does the petty crime.

Most street crimes are non-violent and non-confrontational, and the chances of tourists being attacked are very low.

The incidents range from scams to petty theft and, as a tourist, you should mostly be concerned about pickpocketing, and that only applies to areas frequented by tourists.

You should be careful when handling money or other objects of importance since thefts of valuables left in plain sight in unattended vehicles also happen.

However, these cases, as well as cases of pickpocketing, purse snatching or carjacking, are likely to rise during the holidays or summer when the number of tourists also increases.

The highest number of robberies and armed crime in the Turkish part of Cyprus was reported in Kyrenia, Famagusta, and northern Nicosia.

How Does Cyprus Compare?