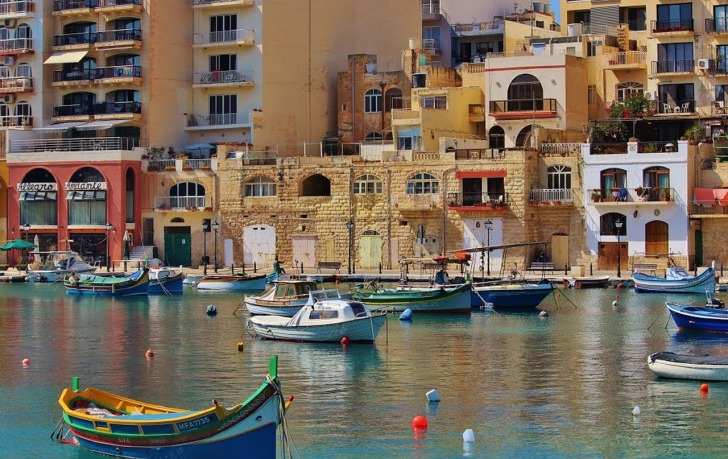 Malta is a small island country located south of the island of Sicily, Italy.

The country is actually an archipelago, but only three of its largest islands are inhabited and functional: Malta, Gozo, and Kemmuna.

Either bouncing from the islands, partying all night or cruising on a sailboat, wherever you are you grow friends by the day – that’s how kind everybody is here!

The Maltese are very warm and welcoming people.

If you’re traveling to Malta, prepare to immerse yourself in the culture, enjoy the sun, take advantage of the beautiful sea all around, go with the flow and expect the unexpected!

Generally, Malta is very safe to visit. It is among the safest countries in the EU to travel to, but it has its dangers. Use your common sense and keep your valuables closely by your side, since the most common type of crime is petty theft.

Taxis and other types of transportation are normally safe in Malta, with reliable and modern vehicles. Taxi drivers could still try to overcharge you, so be careful.

Pickpockets aren't that common but they do operate more and more in the past couple of years. However, following and applying basic precaution should get you out of any uncomfortable situations.

Due to the islands’ natural rock structure, as well as the fact that large portions of towns are covered in tarmac and cement, the water has nowhere to go and even half an hour of rain can cause chaos with floods and subsequent traffic jams.

There have been incidents of muggings, particularly around Sliema and St. Julian’s so please avoid these areas and dark and deserted alleys.

There are no known terrorist activities that have taken place on the island at any time in the recent past. There have also not been any terrorist attacks in Malta in the past several years.

When it comes to women traveling alone, if you follow the basic protocols of a lone traveler, male or female then your trip to Malta should go smoothly. Use common sense and be aware of your surroundings at all times.

So... How Safe Is Malta Really?

Malta can be described as a very safe place to visit, especially for tourists.

Due to the islands’ natural rock structure, as well as the fact that large portions of towns are covered in tarmac and cement, the water has nowhere to go and even half an hour of rain can cause chaos with floods and subsequent traffic jams.

It is quite normal to walk the streets at any time, especially around our holiday towns, where people are out even at 3 am.

But even though crime rates in Malta have always been low compared to other EU member states and tourist destinations, reports of crimes have increased in recent years.

With more and more people visiting Malta every year, and a growing population due to the influx of refugees, some threats are becoming more common, like petty crimes such as pickpocketing and other types of theft, and occasional incidents of violence in nightlife areas (usually Paceville and Buġibba).

As a tourist you need to be aware of your surroundings in busier areas, particularly in St. Julian’s, Sliema and the capital city Valletta, since crimes like pickpocketing, handbag-snatching, and muggings are more common here.

How Does Malta Compare?