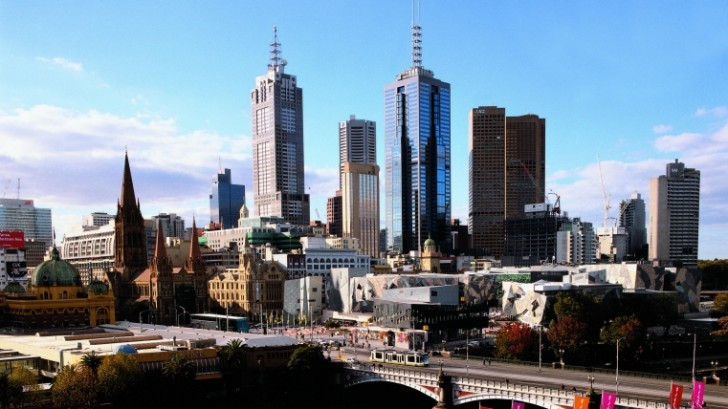 Australia - safety as a country

Melbourne is the capital of the state of Victoria and the second-largest city in Australia.

It is a city with numerous museums and art galleries that justifies its nickname The Cultural Capital of Australia.

Victorian architecture, Queen Victoria Market, Melbourne Cricket Ground, and Eureka Tower are only some of the most visited tourist attractions with over 2 million visitors per year.

Melburnians are considered very friendly, helpful and people that know how to have a good time.

Since Australia is considered a very safe country, you can feel at home while visiting Melbourne.

When the criminal against tourists is considered, Melbourne is believed to be a very safe city. The overall rating is 80% which makes it a place where tourists can feel safe walking around.

In general, all the means of transport are safe in Melbourne, but the stations in the city outskirts can be scary because they are empty. Tourists should stay in those areas that are covered with security cameras.

The Flinders Street station is considered to be the dangerous part of the city in terms of pickpockets. The part of the year when the pickpocketing is the most frequent is Christmas, the Melbourne Cup or the Footy Grand Finale.

When summer is in question, the sun can be dangerous for the skin since the UV index is very high. Floods are possible during the rainy season, but they are not so frequent. Other natural risks can happen in Melbourne but are not upsetting.

Mugging risks are not very common in Melbourne because it is a very safe city. But, still, there are some areas where it is possible to be mugged, especially during the night.

Terrorist threats are not common in Melbourne, and it is a city that is believed to be very safe in terms of terrorism.

Some frequent scams in Melbourne are bartenders overcharging you and keeping the difference, taxi drivers who overcharge, and people who offer you some help with your baggage and then carry it away from you and run away with it.

Women travelers are considered safe in Melbourne and Australia in general. However, walking alone through Melbourne at night can be frightening for a woman and it should be avoided.

So... How Safe Is Melbourne Really?

Melbourne, as well as the whole of Australia,  is generally a safe place to spend your holiday.

The 80% rating proves that safety is at a high level and that tourists can enjoy their stay in this reasonably safe city.

However, Melbourne, as any other big and populous city can be violent and have criminals.

There are certain parts of the city which should be avoided, although tourists are not a common target of the criminals in these areas. Bourke Street, Flinders Street Station, and Gray Street have a population that belongs to all social classes, from homeless people to drug dealers and prostitutes, which leads to all sorts of criminal acts.

To protect themselves, tourists need to pay attention to strangely behaving people around them, to keep their possessions in front of them and remain cautious all the time while they are on the crowded streets of Melbourne.

During the night, they should remain on the main streets, where there are lights and cameras, and avoid those city districts that are well known as dangerous.

Nevertheless, Australia is on the 10th place of the safest countries in the world, so tourists do not need to be afraid when coming to this country since Melbourne is safer than most big cities in the world.

How Does Melbourne Compare?