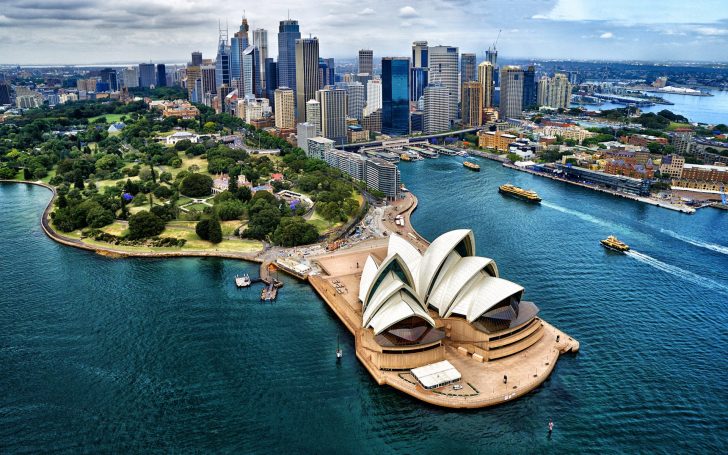 The famous “land down under”, Australia, is known for its natural wonders, wide-open spaces (filled with new, sometimes scary species of insects), its beaches and deserts, and its size.

Australia is the 6th largest country in the world and its characteristics are unseen anywhere else in the world is what makes it such an appealing destination for tourists.

Namely, Australia is extremely popular among tourists: in 2015, over 7.5 million people visited the country.

Of course, everyone knows, it’s not all about the natural wonders, species, spaces, deserts, and beaches in Australia.

No, it is actually one of the world’s most highly urbanized countries, and popular for its contemporary establishments and attractions in its main cities: Perth, Sydney, Brisbane, and Melbourne.

Given that it is so developed and so stable, it’s no wonder that it is completely safe for tourists to travel to.

Australia is, generally, very safe to travel to. Apart from some natural threats to watch out for, you should have no worries about your safety. Crime rates are low and few precaution rules should go a long way.

Transportation in Australia is generally very safe and reliable, but driving can be complicated because of wild animals jumping in the middle of open roads and drunk drivers.

There is almost no pickpocketing in Australia, but you should still remain vigilant in big cities such as Sydney or Melbourne.

Natural threats are probably the only risks for you in Australia. There is a variety of threats, from dangerous animal species, to dangerous waters and currents, UV exposure and riptides. Follow the signs at beaches, roads or any other natural spaces and the advice of authorities.

Mugging and kidnapping is also a very rare occurrence in Australia, so it shouldn't be on your list of worries. Still, avoid poorly lit and deserted streets and areas and if you find yourself in such a situation, hand over your belongings immediately and do not resist.

Although there haven't been any terrorist attacks in Australia's recent history, they shouldn't be ruled out so remain aware of your surroundings at all times.

Even though Australia is not known for scams, in tourist destinations you should always be cautious when receiving change, negotiating rides or any kinds of services, and also never pay for anything upfront.

Australia is very safe for women traveling solo, and women usually travel here with no problems whatsoever. Just apply few basic precaution rules and use your common sense and your trip should go smoothly.

So... How Safe Is Australia Really?

Australia is very safe to visit!

Major threats that Australia is known for are coming from dangerous flora and fauna species, riptides, reptiles, and natural disasters, and they can be fatal so it is important that you follow the advice of authorities and every sign on the streets or in front of natural reserves or other spaces.

First of all, you should be careful in Australia’s waters.

They’re home to several nasty jellyfish species such as the box jellyfish and bluebottles.

If you are told or you see a sign telling you to get out of the water because they have been spotted, do so immediately.

In the Northern Territory, you can encounter another danger: crocodiles.

One of the most dangerous is the saltwater or estuarine crocodile.

Do not underestimate riptides and strong currents at many of the East Coast beaches.

Another issue in Australia is the, now infamous, scary land creatures.

Australia is home to some of the world’s most dangerous snakes.

Get familiar with how these poisonous snakes look like before you encounter one and do not touch them or get in their way.

Other dangerous Aussie species are the, very well known, spiders that vary in size as well as in how poisonous they are, and in this country, there are actually several species of spiders that are considered to be world’s most fatal.

Funnel spiders are particularly dangerous and come out after periods of rains.

They tend to hide in things such as shoes.

You can get killed from a single sting if you don’t receive the antidote quickly enough.

If you think you’ve been bitten by a spider or a snake, take a picture, and immediately go to the closest medical center.

How Does Australia Compare?