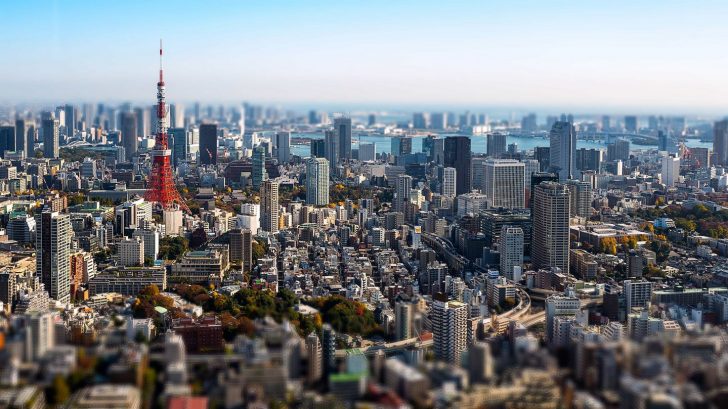 Tokyo is a huge city with several districts, over 13 million people and 500 years of tradition.

It is the capital city of Japan, and this enormous metropolis has something to offer for everyone, like historical landmarks, restaurants, and entertainment, as well as cultural buildings.

Because it is the metropolitan center of the country, Tokyo is a perfect destination for tourists interested in business, modern culture and shopping.

Ginza area is a heaven for shoppers with numerous department stores and boutiques accompanied by luxury hotels, restaurants, and trendy nightclubs.

On the other hand, there is the Old City area, which shows you the old Japan, with numerous museums, a zoo and a huge park.

It can be concluded that in Tokyo, tradition is mixed with a popular culture so that ancient temples are just a minute away from the best nightlife.

Tokyo has the same reputation as many other Japanese cities that the overall risk is very low. It is one of the very few cities having that amount of population where it is safe to walk about at night and to travel on public transport. Nevertheless, you should remain vigilant as you would in any other major city.

The public transport in Tokyo is safe, but some pickpocket risk exists. However, there are no risks in taxies in Tokyo, but you should not expect that your taxi driver speaks English. Bus drivers are usually very helpful.

Due to the huge flow of tourists, Tokyo has a medium pickpocket’s risk. Small police stations are everywhere trying to make the city as safe as possible. Crowded areas and trains, as well as areas surrounding the sights frequently visited by tourists, are the places where pickpockets usually operate. Bars popular with travelers are very attractive to thieves.

Natural disasters are so frequent in Japan that authorities constantly inform the population about the possible risks. Tokyo is prone to volcanoes, earthquakes, and tsunamis since the area is near an active volcano and the elevation is not too high. Due to all these hazards, Japan has the world's best quake and tsunami warning system.

There are some districts, like Roppongi and Kabuki-Cho, which should be avoided especially at night due to the high level for crime, and travelers are usually the victims of drink-spiking, credit card fraud and robbery. Personal attacks are rare but bear in mind that it might happen.

Terrorism is a possible danger all over the world and the Japanese government does its best to prevent terrorist activity. Keep in mind that some regional tensions with North Korea may affect Japan.

Even though there is low scam risk, you should be aware of touts and women offering a massage near the Roppongi area, since they may steal money from you. The drink spiking risk is very common and victims are often taken to an unknown location, with their credit card stolen and money withdrawn.

Tokyo’s nightlife districts such as Kabukicho and Roppongi can be very dangerous, not only for the female traveler but for everyone. However, if you do not go to these areas, you can feel completely safe while in Tokyo. It is a city where most women spend their journey trouble-free.

So... How Safe Is Tokyo Really?

When it comes to safety, Tokyo will probably be one of the safest capital and metropolitan cities that you will ever go to, and Japan is the country that is the least dangerous in the world.

Solo female travelers are welcomed and would not encounter any problems.

It is very rare to hear that a place with so many inhabitants and an even greater number of visitors is safe for walking alone at night, but Tokyo is.

However, street crime might be rare, but it does exist, and you should remain watchful as in any other major city.

Just avoid nasty nightlife spaces that are advised to be bypassed and your visit to Tokyo will be trouble-free.

How Does Tokyo Compare?