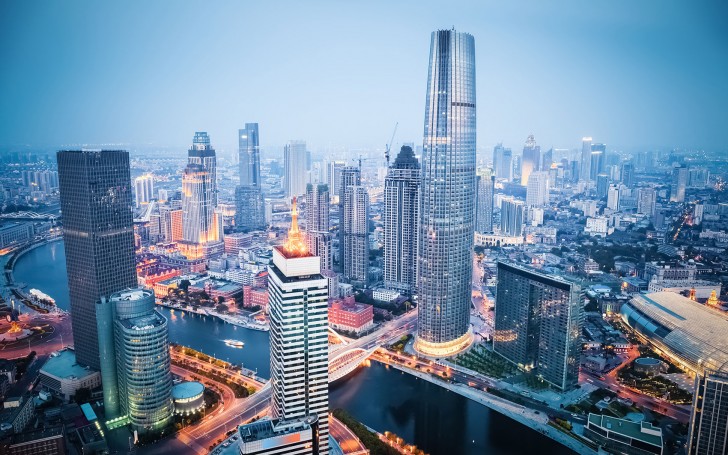 Tianjin is a metropolis and one of the national central cities of China, with a total population of more than 15 million people.

What attracts tourists are numerous landmarks.

This amazing city is the home of Beijing opera, the most respected Chinese opera. Its sights are incredible and Tianjin boasts with many architecturally wonderful buildings.

The city’s unique beauty developed thanks to the impact of European countries such as Italy, Germany, France, Russia, the United Kingdom, Austria, Japan, and Belgium.

Tianjin’s famous art forms are available in the local theaters, while some of the most visited sights are Tianjin Museum, Tianjin Binhai Library, Tianjin Art Gallery and Tianjin Eye.

For those who want to enjoy its cuisine, the city’s restaurants offer delicious seafood, due to Tianjin’s closeness to the sea.

Considering Tianjin’s safety statistics, it can be seen as a non-violent city, since most of the crimes are petty ones, such as theft and purse snatching. As long as tourists pay attention to people around them when in crowded streets and take precautions, they will protect themselves from becoming a victim.

Unlicensed taxis are not secure since they do not use the meter and there were situations when the taxi drivers drove off without taking out the tourists’ luggage from the trunk. A pedestrian should follow the locals when crossing the street because domestic drivers and cyclists do not respect traffic lights and go without looking.

Pickpocketing and purse snatching are the two most frequent crime acts since a large population in combination with numerous tourists represents heaven for thieves. The best advice is to keep a watchful eye on your things.

The possible natural disaster in Tianjin is an earthquake since it is situated in an active seismic zone.

The reports on mugging and kidnapping are only about domestic crime, and even that hardly ever happens. When these kinds of criminal acts are in question, foreigners are not targeted, so tourists can be considered safe.

The fear of terrorist attacks is needless in Tianjin. There are some inner threats to social stability and national security, and in case that happens, tourists just need to follow the advice of authorities and tourist guides.

Fake banknotes are a common and serious problem in Tianjin. Taxi drivers tend to take advantage of foreigners and overcharge them, as well as all the others who get the chance of doing that. Typical scams are in shops where price tag says one, and they charge you another price. If you decide to rent something, you leave a deposit and once you return what you have rented, they do not give you back the exact amount.

There are plenty of reports from female travelers who went to Tianjin alone and felt safe during the whole duration of their trip. So, foreign women are unlikely to suffer any kind of serious assaults here. The only possible criminal act can be purse snatching, so females should stay alert in buses, bus stations, and crowded areas.

So... How Safe Is Tianjin Really?

Tianjin, which is very close to Beijing, is a progressive and ever-developing center that can boast with the presence of the increasing number of tourists.

They come to see one of the most popular streets – the Five Avenue – due to its architecture or to spend hours infamous shopping malls throughout the city.

When a crime in Tianjin is concerned, violent criminal acts are not common and especially not against tourists.

As in any other huge and populous city, petty crimes flourish and authorities are doing their best to somehow prevent it.

The best way to stay safe in Tianjin is to be self-confident while walking, pay attention in case you are being followed by a suspicious person and avoid being alone, particularly at night.

How Does Tianjin Compare?