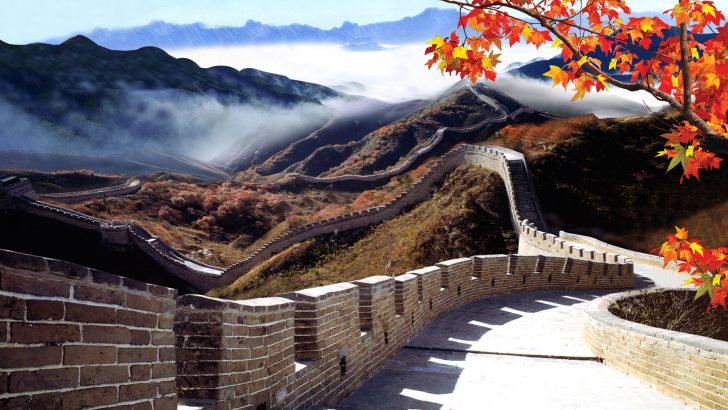 China, officially known as the People’s Republic of China is a huge country located in Eastern Asia.

The country is actually about the same size as the United States of America, and it has the world’s largest population.

In total, it borders 14 nations: Afghanistan, Pakistan, India, Nepal, Bhutan, Myanmar, Laos, and Vietnam to the south; Tajikistan, Kazakhstan, and Kyrgyzstan to the west; Russia and Mongolia to the north and North Korea to the east.

This impressive number of neighboring states is equaled only by China’s neighbor to the north, Russia.

Most major cities in China are extremely safe.

Violent crime remains rare and it is generally safe even for women walking alone at night.

There are some scams, as in any country and petty crimes can happen especially in crowded areas.

However, Chinese people are very warm and ready to help, so it is likely that your trip will end without any incidents whatsoever.

Overall, China is safe to travel to, but crime rates vary depending on the area of the country. Some cities are very safe, while in some there are areas that are best avoided, but in general, you should be wary of petty theft and look closely after your belongings which will minimize the chances of anything going wrong.

Taxis can be unsafe in China, because it is filled with unlicensed taxi vehicles that don't use meters and might try to rip you off. Always negotiate everything in advance and never pay upfront. Transportation stations are also risky, as they are known to attract criminals, often at the ticket booth, as do overnight train cars and Trans-Siberian express lines.

There is high risk of pickpockets in China. They frequently operate in packs by having one member distract you while another steals your wallet or purse.Take extreme caution when in China, be twice as vigilant in Chine as you'd be anywhere else - don‘t leave anything valuable in your back pockets. If you do encounter a pickpocket, be very loud in order to attract attention and, hopefully, the police.Thieves in China also tend to operate in restaurants, so keep your bag on your lap.

There are threats from earthquakes happening, but they are typical for non-tourist areas. In southern parts of China, especially around Yangtze river, there's a risk of flooding or landslides due to heavy rain during the rainy season. Other risks are typhoons along the southern and eastern coastlines, and extremely high air pollution.

Terrorists are likely to try to carry out attacks in China. Even though foreigners haven’t been targeted, these attacks may be executed in places frequented by visitors. You should take particular care during national holidays.Most attacks take place in the Xinjiang Uyghur Autonomous region and, according to the Chinese government, are carried out by Uyghur separatists with possible links to the East Turkestan Islamic Movement

Like in any other tourist destination, China is a place where there it's likely you'll get scammed or someone will try to scam you. It is actually extremely likely. Have your wits with you and double check your change or try to use small bills.

China is safe for solo women travelers. Just use your common sense and be aware of your surroundings at all times. Avoid wearing purses and do not walk alone or ride in taxis at night.

So... How Safe Is China Really?

China is a huge country with extreme variations in crime rates depending on the area.

Violent crime rates are mainly low in this country, but it is advised to avoid some areas.

Yuyuan Garden, a major tourist and shopping area in Shanghai can be a risky spot when it comes to pickpocketing.

Avoid carrying anything in your pockets or purses in general.

The petty crimes seem to be on an increase during February (Chinese New Year), and only rarely do they turn serious, with reports appearing every now and then of violence or committed against tourists.

Another issue is that you must carry your passport with you at all times when you visit China since there are random checks performed on tourists.

The tricky thing is that when you carry your passport around, there is a greater chance of it being stolen, so be very careful when carrying it.

Another common issue is beggars, who may turn aggressive or sometimes follow you for a block or more even if you choose to disregard them.

Child begging is another problem in China, and there is a general suspicion that the country‘s high rate of missing children has to do with this fact.

How Does China Compare?