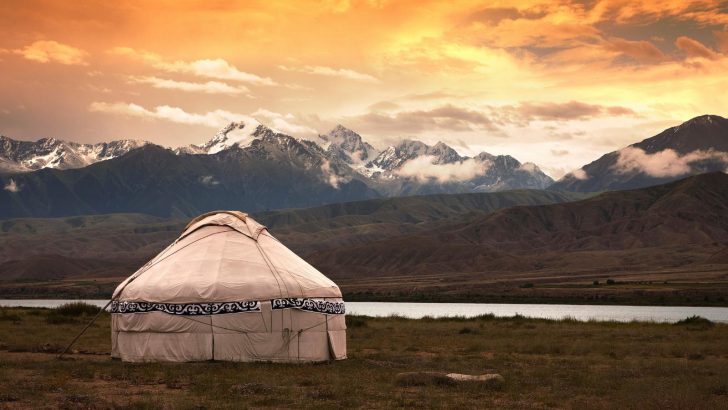 Mongolia is a country located between China and Russia.

Interestingly enough, it is one of the last few places in the world where nomadic life still exists.

Mongolia consists of historic Outer Mongolia, while the province of Inner Mongolia is geographically and politically separate and located in northern China, sharing common borders with Mongolia.

This country is widely known for its vast natural spaces and landscapes, such as gorgeous countryside, steppes, breathtaking mountains, blue lakes and to top it all off, it is brimming with wildlife and livestock.

There are even areas so remote that you could drive an entire day and see no signs of human life.

This is mainly what attracts tourists to this country.

Apart from its capital, Ulaanbaatar, Mongolia is generally a safe place to visit.

However, despite the warm welcome by its kind people, traveling to Mongolia can be a bit tricky, since you may encounter many areas with only basic facilities.

Mongolia is one of the least crime-ridden countries to travel to. It has possibly the lowest crime rates in Asia, so there isn't much to worry about as long as you take the basic precaution measures. Petty theft is Mongolia's biggest problem when it comes to crime.

Generally, transportation in Mongolia is pretty safe and reliable. You can use taxis, buses and share minivans and jeeps, and you can also use camels. Just be aware of unmarked cars driving with the window rolled down, offering to give you a ride. It is probably a scam with a goal to steal your money.

The biggest concern when traveling in Mongolia, especially Ulaanbataar or other large Mongolian city is pickpocketing and bag snatching. You shouldn't fear violence, only petty theft, which can also be avoided only if you follow your common sense. Never keep your money in your pockets or purses. Places notorious for these kinds of thefts are the Black Market (bazaar), the railway station and crowded bus stops.

There is a variety of natural hazards threatening Mongolia, such as floods, earthquakes, storms, droughts, and other extreme weather events. Apart from that, Mongolia is subject to dzuds, which occur when extreme winter conditions such as heavy snow, prevent livestock from feeding.

Violent crime is not common outside of the capital, and pretty rare in the capital, but still, caution is recommended at night, or in deserted areas and poorly lit streets. Unfortunately, xenophobia exists in this country and violence towards foreigners can happen so avoid interaction anyone intoxicated or anyone looking like they might want to start a fight.

Although there is no recent history of terrorism in Mongolia, attacks can't be ruled out. Be aware of your surroundings at all times.

Scams are common in every country frequented by tourists, and that applies to Mongolia too. Be wary of people trying to distract you, people pretending to be official personnel and street vendors trying to rip you off.When crossing the border from Mongolia into either Russia or China you may be stopped by someone in an official-looking uniform asking for you travel insurance and asking for money if you don't have it with you. This is a common scam in Mongolia, so be careful at the borders.

Mongolia is a safe country for female travelers. People are very friendly in Mongolia and willing to help you at any time. Just follow your common sense in public places, avoid dark and deserted areas, walking alone at night and watch out for your belongings and your trip should go smoothly.

So... How Safe Is Mongolia Really?

Generally speaking, Mongolia is a rather safe country to visit.

Its biggest problem is it has some petty crime that you may encounter on the streets.

Apart from that, it is known as a country filled with ultra-nationalist groups that target white, black or other ethnicities so just avoid triggering any local nationalist or xenophobic elements, and you will be fine.

Another issue in Mongolia is the corruption of local authority, and locals are convinced that the police are not to be trusted.

Some even say that Mongolia is the most corrupted Asian country, so be careful when talking to authorities.

You should also be wary when traveling by horse since incidents such as groups following tourists and then stealing all their belongings, including the horses, while they sleep at night, have been reported.

Also, dogs in Mongolia are known to be aggressive and may run in packs, so you should be careful and avoid any interaction with them since they may turn out to be rabid and not as tame as domestic dogs.

How Does Mongolia Compare?