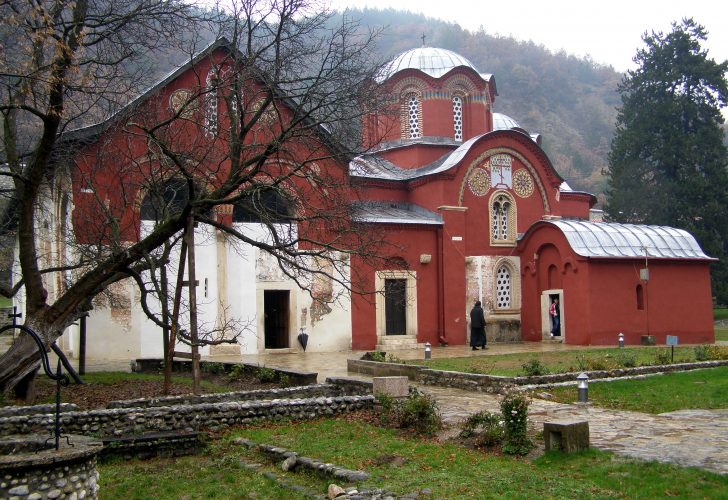 Kosovo is a disputed territory in Serbia and considered the de facto independent country in South-Eastern Europe.

After many, often violent, disputes with Serbia, that stretched over a couple of years, Kosovo declared its independence in February 2008 and now the UN states recognize it as a separate country called the Republic of Kosovo, despite heavy Serbian opposition.

Kosovo shares its borders with Albania to the west, Montenegro to the North West, Macedonia to the south, and Serbia (though only from Kosovo’s perspective) to the northeast.

This border is viewed by Serbia as an internal boundary separating the province of Kosovo from Central Serbia.

The political quarrels don’t make Kosovo the safest place for a visit, but for those of a more adventurous spirit, if you do happen to travel here, you can find significant historical and cultural architecture, such as the four Serbian Orthodox church complexes that make up UNESCO World Heritage Site of Medieval Monuments in Kosovo, as well as many other important Orthodox monuments.

You may also end up surprised at Kosovo’s breathtaking countryside, as well as Prishtina’s vibrant nightlife made up of 6 different cultures: Albanian, Serb, Roma, Ashkalia, Bosniak, and Turkish.

Kosovo is mostly safe to visit. Violent crime exists but is mostly related to organized crime, and most dangers are of petty nature. Take the usual precaution measures when traveling here.

Transport is generally safe in Kosovo, though not too reliable and you can count on waiting for buses. Public transport schedules very often don't mean anything. You should count on pickpockets being very active in bus and train stations and especially on public transport.

Petty theft is the most common form of a crime you will find in Kosovo. Pickpocketing and bag snatching are regular occurrences here, so keep your valuables in a safe place, and be vigilant when visiting crowded places and public transport.

As for natural disasters, Kosovo is pretty susceptible to forest fires, floods and flash floods, as well as extreme meteorological events.

Violent crime exists but is mostly linked to organized crime and individuals involved in it. It is rarely focused on foreigners. If you do find yourself in a violent incident, such as mugging or a robbery, always hand over everything you own immediately.

The most dangerous aspect of Kosovo and the reason why tourists are skeptic towards visiting this province is terrorism risk. Namely, terrorists are very likely to try to carry out attacks in Kosovo. Apart from wars and lengthy fights over this territory with Serbia, that just recently ended, there's a threat of violent Islamic extremism growing stronger in Kosovo.

As in any other country, there are scams in Kosovo, too. Always negotiate everything in advance, double check your change and never pay anything upfront. Never accept drinks from strange people or leave your drink unattended.

Kosovo is generally safe for women, especially in Pristina. Just use your common sense and have your wits with you. Avoid poorly lit and deserted areas at night and finding yourself in places filled with drunken people.

So... How Safe Is Kosovo Really?

The political quarrels make this country an unwanted destination for tourists, which is wrong because tensions have existed in the past decade and the situation is now far better than before.

You are actually pretty safe from everything here, and the chance of any kind of conflict is pretty low due to high international supervision.

Even if a conflict occurred, all foreigners would be evacuated within 48 hours.

When it comes to crime, there aren’t many dangers to worry about in Kosovo.

You may encounter petty crime like bag-snatching or pickpockets, but violent crime isn’t common here, again, due to the heavy presence of international supervision.

Generally, people here, both Albanians and Serbs, are very friendly to tourists, and you can even talk about the war openly, and ask questions, as they’re willing to answer and talk about it.

Like in most other countries, you are advised to use only registered taxis, as only they have fixed fares and use meters.

If you’re planning on going hiking or camping, you should ask around about the areas you want to hike through.

Like in other Balkan countries, land mines were heavily used during the Yugoslav civil wars and you may end up in a suspicious area, though most hiking points are located in areas where war did not occur.

How Does Kosovo Compare?