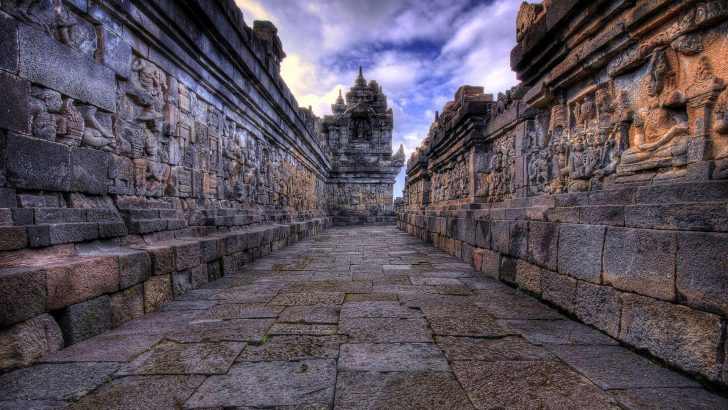 It is a country with a heavy load of history, and a pretty long stream of bad luck: after being heavily bombed by the USA in the ’70s and surviving the horrors of the civil war, it started getting back on its feet no earlier than 1993.

And even though its political situation is still complicated and opaque, the security situation has improved immensely, and in the past couple of years, there has been a considerable increase in the numbers of tourists coming to visit Cambodia’s temples and beaches.

However, traveling beyond the most popular tourist destinations remains unpredictable and risky.

Overall, Cambodia is a safe country, but there are extremely high rates of both petty crime and violent crime. You should be vigilant and take all possible precaution measures in order to minimize the risk of something going wrong.

When it comes to transport, it isn't very safe or reliable. You have to be very careful in public transport because there may be thieves lurking around, especially while you are entering the vehicle.Also, when renting a bike, be wary of someone pushing you off while you are riding and then taking the bike and riding off. Resisting may turn into a violent outcome so hand over everything immediately. Be aware of the fact that driving standards in Cambodia are poor, so try to avoid driving after dusk.

There is an extreme threat of petty crime. Pickpockets are practically an everyday occurrence and you should be extremely careful when handling your valuables and never carry your money in a purse or a pocket. The most risky locations are crowded places such as markets, public transport and bus and train stations.

During the monsoon season, which lasts from May to October, there is a risk of flooding, and typhoons and tsunamis are not a rarity either.

In the central areas of the country, the chances of getting mugged or kidnapped are low, but there are areas that are best avoided, mostly located on the brinks of the country.

There haven't been any terrorist attacks in Cambodia's recent history but they shouldn't be ruled out. Be aware of your surroundings at all times.

There is a number of scams performed on tourists, such as Cambodian custom officers in Poipet asking tourists to pay USD 45 for a visa on arrival, instead of USD 30. Insist on the regular price but stay friendly and keep smiling, they rarely insist it. Scams on the Thai side of the border are even more common. Don't embark on a 'government bus to the border', don't accept anyone's help, especially those 'working for Thai Immigration' at your hotel or elsewhere, and don't go to shops with signs 'visas available here' next to the border.

Cambodia is not the safest choice for female solo travelers. . Sexual assaults do occur occasionally, and women in general tend to attract unwanted attention, particularly in Siem Reap. It is recommended not to ride a tuck-tuck after 8 pm if and of course, apply the basic precaution measures - avoid wearing purses and do not walk alone or roam around deserted or poorly lit streets and areas.

So... How Safe Is Cambodia Really?

Cambodia is relatively safe to visit.

Violent crime exists, and the rates of armed robberies are high so you should remember not to resist if you find yourself in a similar situation and hand over your valuables immediately.

However, the tourists’ main concern is a petty crime such as pickpocketing, bag snatching, and other similar thefts.

Also, Cambodia went from being a cash-only country to a society where credit cards are more and more used and accepted, and with that credit card theft and cloning, so be careful when handling money and around ATMs.

Another issue in Cambodia can be its borders with Thailand that caused disputes between these two countries.

There were clashes between the troops of both Cambodia and Thailand and even though they straightened their relationship, caution is recommended when traveling around this area.

Other areas of concern are remote areas where stray landmines may be found, (these areas are usually unmarked), as well as roads after dusk, where many accidents may happen because of irresponsible drivers, so avoid driving at night.

How Does Cambodia Compare?