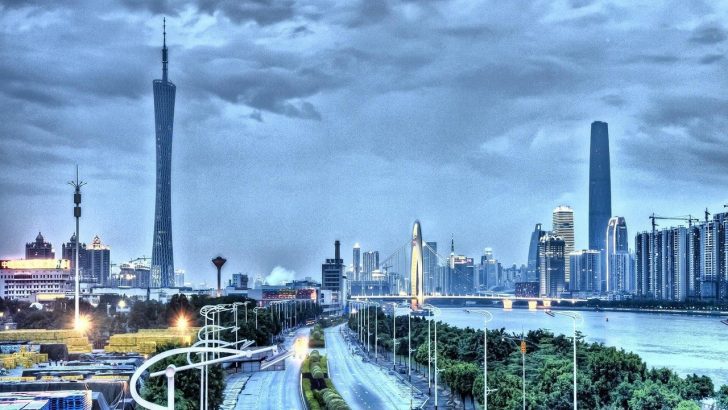 Guangzhou is the third largest and most populous city in China, after Beijing and Shanghai, which has been regarded as a center of trading, cultural exchanges and many revolutions throughout its history, over 2,200 years long.

That is why it is a place of museums, libraries, and galleries offering visitors an insight into China’s historical development.

Tourists can walk and explore the many hidden areas full of beautiful Cantonese architecture.

Besides all these, Guangzhou has many parks everywhere, such a 1000-year-old lake garden and it is best known for its Canton Fair, the oldest and largest trade fair in China.

In terms of general safety when in Guangzhou, tourists can feel relaxed since it is a non-violent city when compared with other cities of the same size. Petty crimes are common, but the presence of the police, security services, and private security guards tend to stop that. Foreigners are often targeted in case of pickpocketing, bag snatching, and credit card fraud.

As in whole China, unlicensed taxis should be avoided and taxi meters should be asked when entering it. Licensed cabs are generally safe and inexpensive. Traffic conditions in Guangzhou have improved in recent years, but still cars do not stop to pedestrians and zebra crossings are not respected.

Petty criminal acts of economic nature against tourists are bag grabbing and theft because travelers sometimes tend to show their wealth and usually have money on them. You should be watchful when in public transport, in shopping areas, and at tourist sites.

Guangzhou is at risk from natural disasters including earthquakes, hurricanes, and cyclones, flooding and tsunami. The typhoon season lasts from February to September.

Violent crimes are not often, especially against tourists since Guangzhou is known for its tolerance of cultural differences. Mugging and kidnapping of foreigners are not likely to happen here.

The Islamic State is attempting to attack nations who oppose them and their attacks are unpredictable. Terrorist attacks are likely in here, but the risk level is low.

Fake currency and taxi issues are the major problems in Guangzhou. Taxi drivers tend to overcharge or drive away without taking your luggage out of the truck. Shop assistants might give you back the note which is a fake one, without you noticing. Always be suspicious when scam risks are in question.

As for female travelers who practice common sense and are not disoriented, Guangzhou is the perfect destination. They can feel safer than in most places in the world, but there is always a chance to be assaulted, especially at night, if they go to empty areas solo.

So... How Safe Is Guangzhou Really?

Taking into account that Guangzhou is the third-largest city in China and the busiest trade center with thousands of visitors from all over the world, it is hard to be completely sure that it is safe to travel here.

However, the only thing you need to practice while in Guangzhou is the same behavior as in any other city in the world, since this is enough to reduce the chances of becoming a pray for lawbreakers.

The violent crime risk in unlikely and those against foreigners are rarely heard of, but pickpockets and theft can happen.

In comparison to most cities of a similar size, Guangzhou is a heaven for tourists in terms of general safety conditions.

How Does Guangzhou Compare?