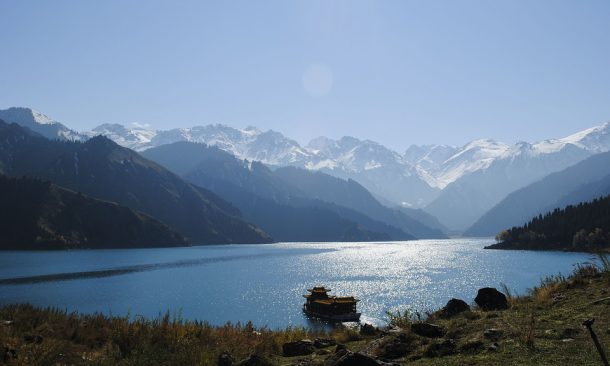 Xinjiang is located in the North West of China, in the Mongolian Uplands.

It is on the traditional Silk Road.

The region has historically been populated by the Uighurs, a people more closely related to those in Central Asia than to the Han; however, in recent decades, the Chinese government has given money to attract Han to move to the region.

The Uyghur people are renowned for their honesty, kindness, and open-mindedness towards outlanders.

Most of the tourists in this area are attracted by the opportunity to visit the Silk Road itself. And Golden Travel Route – The Taklimakan in Tarim Basin, South Xinjiang, is the world’s second-largest desert, which used to be dubbed “Death Sea.”

Xinjiang is a safe enough travel region. There is a low crime rate, and you can travel freely at any time of the day or night. Of course, staying alert and taking the usual precautions is also worth it. Beware of pickpockets in the bazaars.

Public transport is not reliable enough. It may not be very convenient for movement and not go on schedule. Taxis are preferred for travel. Be sure to discuss the price of your trip before you board a taxi.

Pickpockets operate in street bazaars and crowded places. Traditionally, they work in groups, and often one will distract you, while the other will empty your pockets or steal a bag/backpack. Be especially vigilant in bazaars.

Xinjiang region is exposed to an array of natural hazards, including droughts, earthquakes, floods, heatwaves, landslides, and typhoons. Before traveling to this region, it is recommended that you study the situation for natural disasters and take appropriate measures.

Armed severe robberies are not common here. This is instead an exception to the general statistics. However, it is worth taking appropriate security measures, neither getting drunk nor getting involved in drunken fights. If an incident has occurred with you, immediately contact the police.

There have been no terrorist attacks in Xinjiang since 2017, mainly because of the Chinese governments' harsh responses against it such as mass surveillance, increased arrests, and a system of "re-education camps", estimated to hold a million Uyghurs and members of other Muslim minority ethnic groups.

Fraud is not common in Xinjiang. However, isolated cases may occur when locals try to deceive tourists by overestimating the price of goods or travel by taxi. Also, be sure to purchase services (such as excursions) at licensed locations.

There will be no problem for women traveling alone in Xinjiang. It is safe enough, and you are unlikely to show unwanted attention. Wear modest clothing, especially near religious sites. Follow standard precautions to avoid problems.

So... How Safe Is Xinjiang Really?

There is almost no crime, and it is safe to find in the whole region both in the daytime and at night.

Perhaps the greatest danger in Xinjiang can only be pickpockets.

The area is home to a vibrant bazaar culture where everyone and everything is traded.

The crowds here are large and create the right conditions for pickpockets, which often work as a team and can be very useful in what they do.

Be very careful with your values ​​when you are away from home.

As a foreign traveler, you are the primary goal.

There is also a slight risk of receiving fake change bills.

It sometimes happens in shops or local restaurants.

Try to choose only the right places in the central parts of cities.

In general, Xinjiang is safe to travel if you take the usual precautions.

Keep track of your things, although it is unlikely that someone will rob you.

However, bad people are everywhere.

It is customary to bargain at the bazaars, and you can safely do it.

The price of goods is usually very high initially.

The best tool at your disposal is a simple smile – it has a disarming effect with almost everybody you meet.

How Does Xinjiang Compare?