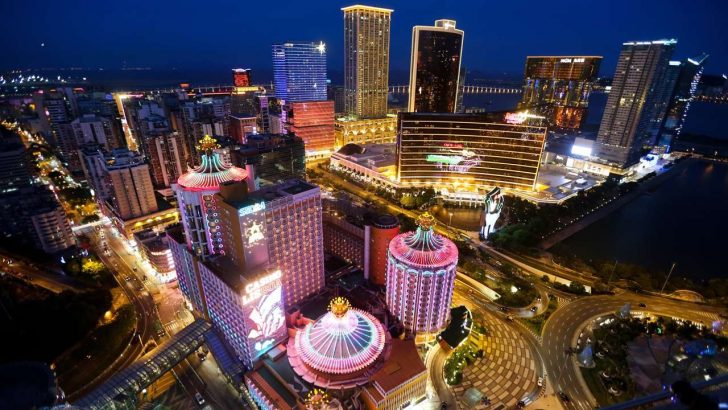 Macau is a Chinese city, the most famous for its gambling facilities and it has, in some terms, even exceeded Las Vegas.

What makes it attractive to people seeking cultural and historical data is the fact that it is the first and last European colony in China, representing a perfect connection between East and West.

It is full of churches, temples and other old buildings dating from the period of Portuguese rule, hundreds of narrow alleyways and several pretty gardens attractive to the people around the globe.

The main sights of Macau are a statue of the Bodhisatta Avalokitesvara, Rua da Tercena – the flea market street in Macau, the Macau Tower and Fisherman’s Wharf.

In comparison to other major cities in the world, Macau is considered quite safe for travelers. Also, the city constantly develops its tourism, so the Macau government tends to make the city clean of crimes. Petty crimes are common, while the more serious one is very rare.

Because there are not enough taxi drivers in Macau, and the demand is on the constant rise, taxi drivers tend to be dishonest and overcharge tourists. There have been reports of taxi drivers who stole customer’s luggage or even some kidnapping in the taxi vehicles. Since most taxi drivers do not speak a language other than Chinese, it is a good idea to have your destination written in Chinese.

To protect yourself from thieves, you need to remain cautious, particularly in the crowded streets and in front of the famous landmarks of Macau. Pickpockets and purse snatching are common and thieves usually come in a group. One of them distracts people’s attention while others steal purses and wallets.

There is a constant risk of typhoons in Macau, and there is even a warning system according to which people in Macau tend to behave. The tourists who decide to visit Macao need to be familiar with this system. When there is the warning of the most dangerous typhoon, people stay at home and do not go out, due to the risk of being injured. Some other possible dangers are storms, flooding, and landslides.

Violent crimes, like mugging and kidnapping, especially against tourists were not reported in Macau. These kinds of assaults are possible against Macau citizens and they usually happen away from tourist's eyes. Nevertheless, watchfulness and vigilance are advisable.

The possibility rate of a terrorist attack in Macau is low, but the greater military pressure on the Islamic State in Syria and Iraq increases the risk of it. Macau’s casinos might be a target for Islamic terrorists.

As in most of China, fake money is a huge problem, especially when tourists are in question. They need to pay attention when exchanging money in places that are not licensed for that. There are also people claiming to have lost their wallet and asking for money. Try to avoid these kinds of people, and do not show your cash in public.

Female travelers are relatively safe in Macau, as well as in the whole China. Even though there are no reports of serious crimes done on female tourists, they need to act as in any other country where the risk of assault is at a higher level.

So... How Safe Is Macau Really?

A Chinese city of Macau, which represents a mixture of the Eastern and Western culture and architecture, with its enormous casinos and a big part of the city that has been put under the UNESCO World Heritage site protection is well worth visiting.

While touring the heritage buildings, like the Sao Paulo Cathedral, the Fort and the Macau Museum, tourists should not worry about personal safety since the police are very effective in terms of preventing and stopping possible criminal acts.

Macau had some gang wars, but the Macau police managed to put the situation under control.

Less serious crimes, such as pickpocketing and scamming are present in Macau, and the following of a few simple safety rules is enough to stay safe here.

How Does Macau Compare?