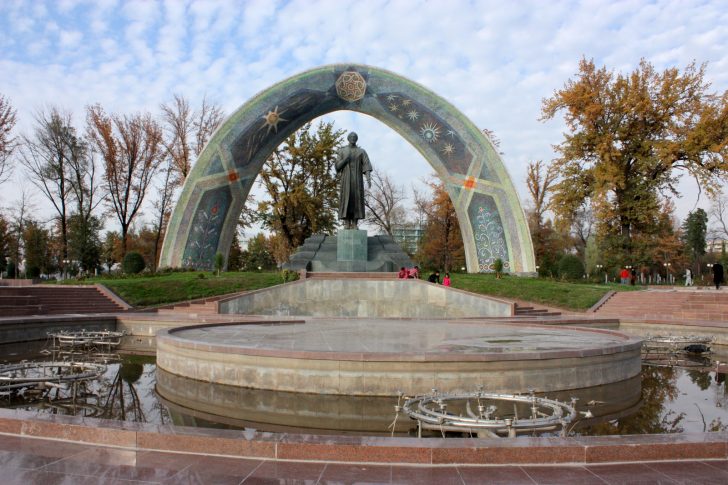 Tajikistan is a landlocked country located in Central Asia that shares borders with Afghanistan to the south, Xinjiang in China to the east, Kyrgyzstan to the north, and Uzbekistan to the west and northwest.

Tajikistan may not be among the most visited tourist destination, but its attractions are far from ordinary.

It boasts mountains that are among the most beautiful ones in the world and the famous  ‘Pamir Highway’ enables road trips that are the biggest tourist attraction in this country.

You can start the road trip from the capital, Dushanbe, eastwards into the Pamir mountains and onwards to the north-eastern border between Tajikistan and Kyrgyzstan.

This route is equally attractive to all adventure seekers, whether they are traveling by car, on foot or riding a bicycle.

This road along the western arm of the Himalayas has brought an increasing number of tourists to Tajikistan, which caused significant developments in this country concerning the accommodation of this increasing influx of visitors.

Generally speaking, Tajikistan is relatively safe to visit. It has a low crime rate and a friendly population that will try to make you feel like home. Apply all precaution measures to minimize the chances of something going wrong.

Transport is relatively safe in Tajikistan. The main roads frequented and known by tourists are in good condition, but don't be surprised when you run into poor local roads with little or no signage. Be on the lookout on public transport as this is where pickpockets tend to operate.

While official numbers of street crime are hard to get to, it is generally known that petty crime, as well as violent crime, can be described as moderate. This means you should be careful when handling money, try and not flaunt your valuables, never leave them in plain sight and be careful in crowded places.

Violent crime is not a serious issue in this country. Muggings and kidnappings are not common, but you should avoid dark and deserted areas after dark, just in case. Do not walk through Victory park or Children's Park at night.

Although there haven't been any recent terrorist attacks in Tajikistan’s recent history, they shouldn't be ruled out, so remain vigilant and aware of your surroundings at all times.

As for scams, keep in mind that police and other officials might try a couple of scams to try to get you to give them a bribe. They might confiscate your belongings and extort money from you or invent situations where you might feel forced to bribe them. Otherwise, check your change twice and be wary of anyone trying to distract you or offering unsolicited help.

Generally, Tajikistan is safe for solo female travelers and many women will find Tajikistan much easier to explore than countries such as India and Egypt where staring and groping are much more common. However, you shouldn't relax as there have been incidents involving over-friendly tour guides making solo female travelers feel uncomfortable. Avoid deserted and poorly lit streets and areas and try to avoid going anywhere after dark unaccompanied.

So... How Safe Is Tajikistan Really?

Tajikistan is somewhat safe to visit, definitely more so than its neighbors, with crime levels decreasing rapidly and friendly people willing to help and make you feel at home.

First of all, you should know that Tajik law enforcement officials are not ones to count on.

Policemen and other officials are known for being corrupt and they often target foreigners trying to extort bribes from them.

If you end up in a pickle or mixed up in any type of criminal activity, do not go to the police, as they are unlikely to help.

Now as for crime, you should know that it isn’t as bad as you would expect.

During the day, you might even think that it is non-existent as the locals strolling ladies with children hopping by them, passers-by smiling and people sipping tea at pavement cafes create an idyllic picture.

However, after dark, the streets are empty and the only present living souls are the boy racers under the influence that race up the main drag, Rudaki.

The emptiness of the streets and the darkness surrounding you if you wind up outside after sunset, make you feel uneasy and unsafe.

However, it is unlikely that you will get hurt.

Just apply all precaution measures and avoid strolling the streets after dark.

In certain areas of the country, there is a small threat of terrorism.

The hotspot where terrorist attacks are possible is the Rasht (Gharm) valley.

In September 2010 there was an ambush on Tajik soldiers in the Kamarob Gorge, but this shouldn’t be of concern to tourists as they are unlikely to visit this region of the country.

However, in the capital, Dushanbe, there have been minor, unexplained explosions that occur from time to time, so follow the authorities’ instructions if something like this happens.

How Does Tajikistan Compare?