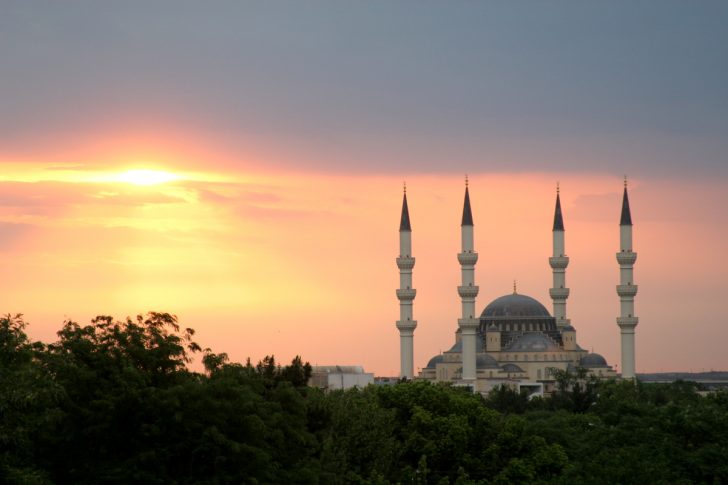 Turkmenistan is a country located in South-Central Asia.

It shares its borders with Iran and Afghanistan to the south and Uzbekistan and Kazakhstan to the north.

The country also boasts a coastline on the Caspian Sea, but on all other sides, it is landlocked.

The most interesting fact about this country is that nearly 80% of it is occupied by the Karakum Desert.

Turkmenistan, even though a lot of money has been invested in it, remains a poor and underdeveloped country.

The modernization of Ashgabat, Turkmenbashi, and many other cities in post-Soviet times has taken place and considerable amounts of money were invested in them, yet, in spite of the construction that has occurred in Ashgabat, the majority of the high rises in downtown appear empty.

But Turkmenistan is just getting started, and its development is being put into motion, as the country has extensive oil and gas reserves to boast, with recently opened pipelines to China and Iran.

Even though it is generally known that Turkmenistan is a tightly controlled police state, it is not entirely true. Crime exists in this country and you should remain vigilant at all times to make sure you have a safe trip.

Public transport, especially when it comes to intercity buses, isn’t the safest option. The road conditions outside of major cities are usually poor. You can count on buses and taxis not having seat belts or the basic equipment for travelers. You can also expect dilapidated streets, unlit roads, and surprise camel crossings. If you’re thinking of renting a car, keep in mind that cars often make left-turns from the right lane and vice-versa making driving risky. There are also roadblocks upon entrances into other provinces.

Even though there are pickpockets in Turkmenistan around main tourist attractions, it is fair to safe that the level of petty crime is low compared to many European capitals.

The most common natural disasters in Turkmenistan are occasional earth tremors and earthquakes since the country is located in an active seismic zone.

Violent crime is rare in Turkmenistan, due to the police being present in most areas of major cities. The 11 pm curfew in the capital certainly helps when it comes to keeping the streets of this country safe.

Although there haven’t been any terrorist attacks in Turkmenistan’s recent history, they shouldn’t be ruled out. Remain aware of your surroundings at all times.

As in any country, even in the police controlled ones, there will be scammers trying to take advantage of tourists. Be wary when handling money and of anyone trying to distract you. Taxi drivers might try to trick you into paying more, giving you wrongful information about the price of the ride.

Turkmenistan is generally safe for women, but it is not recommended for them to walk alone at night in the major cities, including the capital. Local women don’t walk around unaccompanied either. Apply all precaution measures at all times and avoid dark and empty streets and locations.

So... How Safe Is Turkmenistan Really?

Turkmenistan is when it comes to crime, a relatively safe country to visit.

Even though Turkmenistan’s safety and extremely low rates of violent crime are widely talked about due to the fact that crime is severely punished by the Turkmen government, you should know that this is not entirely true.

Crime rates are relatively low, but certainly not non-existent.

You should also expect being stopped by policemen and law enforcement and asked for documents.

Though it can be annoying, it’s their legal right and if you find yourself in a such a situation, do not let the police put their hands in your pockets: empty them yourself if you want to avoid finding yourself in a situation of being the victim of drug planting, In Turkmenistan particularly, where the police are corrupt and the penalties for drug possession are grave.

The dangerous parts of Turkmenistan where it is not recommended for tourists to wander about are areas around the border between Turkmenistan and Afghanistan due to ongoing conflicts and terrorism.

Also, it is strongly advised not to walk alone through the areas to the north-east and east of the capital Ashgabat, particularly after sunset, as these are the hotspots of violent crime and drugs.

You will also have to respect the curfew in the capital of Ashgabat, which means that there is no strolling around the city after 11 pm, but since everyone else is already inside by that hour, you shouldn’t find it too difficult as there are no happenings on the streets.

How Does Turkmenistan Compare?