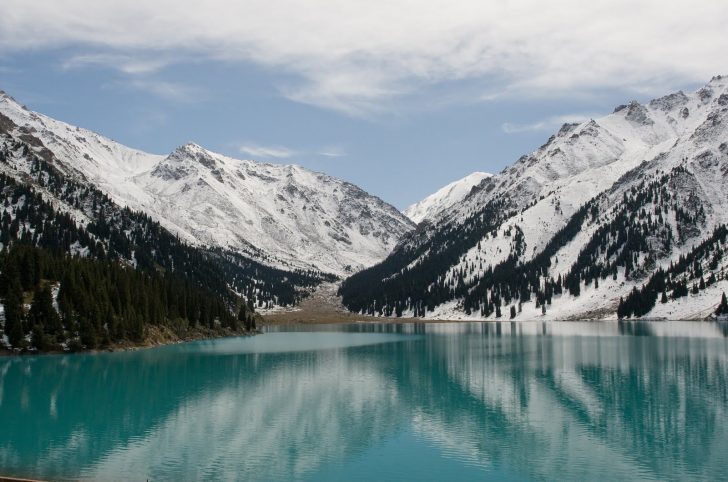 Kazakhstan is the largest Central Asian state, bordering with Russia, China and the Central Asian countries of Kyrgyzstan, Uzbekistan, and Turkmenistan.

It is the world’s ninth biggest country by size, and more than twice the size of all the other Central Asian states combined.

Many tourists avoid going to Kazakhstan due to its lack of significant historical and cultural sites and the presence of its endless featureless steppe, while there still are many that are captivated by its vast emptiness and mystery.

Kazakhstan is the richest country in Central Asia, because of its large oil and natural gas reserves and it is also the largest landlocked country in the world.

Since it is so rich, Kazakhstan is relatively stable and safe for tourists, although their safety could vary from very safe to relatively safe throughout the country, depending on the area.

Overall, it is relatively safe to go to Kazakhstan, but you should be aware of dangerous areas to avoid and stay vigilant at all times for any possible dangers.

Transportation isn't very safe in Kazakhstan. There is a risk of criminals and thieves roaming around trains, and there are, of course, unlicensed taxi drivers trying to extort money from solo travelers.Also, be wary of individuals acting as your drive at airports and then, once in the vehicle, taking you somewhere else and robbing you.

Pickpocketing exists in Kazakhstan, and carrying expensive personal belongings such as phones, laptops, jewelry, and watches can only draw unwanted attention from pickpockets and thieves. Avoid this and be aware of your surroundings at all times.

There is a variety of natural disasters that represent a threat to Kazakhstan, including earthquakes, floods, mudflows, avalanches, landslides, and landfalls, as well as flooding of the coastal areas where Kazakhstan meets the Caspian Sea. Approximately 75% of the country is exposed to a risk of different types of natural disasters.

Mugging is an issue in Kazakhstan, it only depends on where you are. In some cities such as Taraz, Balkhash, Shymkent, Taldykorgan, Uralsk, Semey, and Ust-Kamenogorsk, it is a rare occurrence although infrequent muggings do occur, and in places like Shar, Stepnogorsk, and Temirtau there is a higher risk of getting robbed or attacked.Criminals also operate at airports by eliciting the passengers' (they already found the names of) and acting as their contact or drive. They then offer to take you to your hotel, but instead take you to a remote area and rob you.

There is a risk of terrorists trying to carry out attacks in Kazakhstan. Attacks could be indiscriminate, including in places visited by foreigners. Stay informed and pay attention to any possible security-related announcements by the Kazakh authorities.

Scams are also common in Kazakhstan and there are several that are already known, such as the "lost wallet scam", where an individual claims they've found a wallet and ask you if you want to share the money inside. Then their partner appears and claims it's their wallet and asks to see your purse or wallet to see if you've stolen something and then grabs your belongings or asks for more money.Most scams are performed by someone posing as someone else, like a police officer. Bear in mind that the real police officer will show their badges or produce them upon request.

When it comes to women traveling alone, they shouldn't encounter any incidents if following common sense and basic precaution measures. Not going out at night is implied and recommended.

So... How Safe Is Kazakhstan Really?

As for safety in central Kazakhstan, you’ll probably encounter some problems.

Transportation, scams, petty thefts and corrupt police are just some of the issues you might face.

Kazakhstan is a country where the population has a long history of balanced and multi-ethnic relationships, where locals, as well as guests and visitors, are always treated with respect and kindness.

Tourists will feel welcome and experience hospitality in this country where, unlike in former Soviet Union countries, the black, South Asian and Middle Eastern people are also more than welcome.

However, your safety as a tourist depends on the location, and there are some parts of Kazakhstan that you should definitely avoid.

Generally speaking, most of Kazakhstan is safe during the day, but certain parts of big cities should be avoided at night, for example, all parts of Almaty below Tashkentskaya street and all micro-district areas within these areas.

In some small towns like Uralsk, Taraz, Semey, Shymkent, Taldykorgan and Ust-Kamenogorsk, there is a higher risk of getting mugged or attacked.

Another area to be avoided are smaller districts within Almaty and areas like Shanyrak with dodgy-looking homes.

There have been reports of foreign travelers and residents being attacked and mugged in Atyrau and Aktau.

Don’t linger near your hotels and accommodation, since criminals often target those places and attack tourists near them.

Worst of all, the police are easily bribed and are not trustworthy.

They will often rob tourists by pretending to arrest them for being drunk in places like Atyrau and Tengiz, where such behavior is illegal.

Other public officials might also try to rip you off, asking for you to pay large amounts of money for a vague violation of some kind.

How Does Kazakhstan Compare?