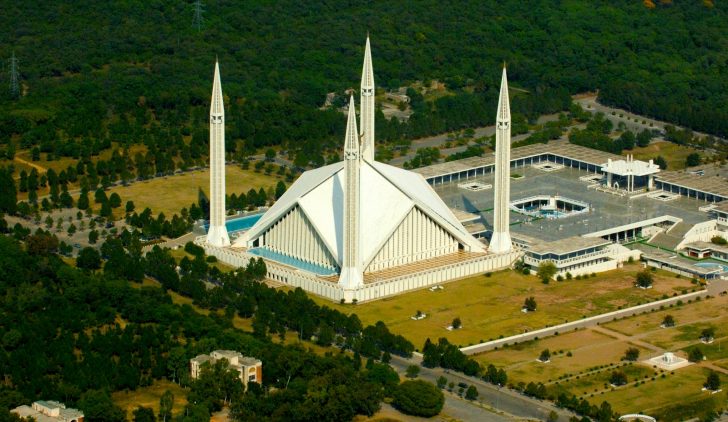 Pakistan is a large country located in South-Central Asia and is also a part of the Greater Middle East Region.

It has a coastline along the Arabian Sea, and its neighbors are Afghanistan to the west and northwest, Iran to the southwest, The Republic of India to the east, and China to the northeast.

It’s actually a country where you can find all kinds of geological structures.

What attracts most tourists is the fact that Khyber Pakhtunkhwa and Gilgit-Baltistan contain the mountain ranges of the Himalayas, the Karakoram, and the Hindu Kush which are world-known.

A special treat for travelers is seeing Pakistan’s highest point, K2, at 8,611m – the second highest peak in the world.

With extreme poverty crushing the country, it is no wonder that Pakistan isn't safe for travelers, as both petty and violent crimes took over the streets of the country. Be extremely careful if you're planning on visiting Pakistan.

No form of transportation is safe in Pakistan. Tourists are advised to take be extra careful at the airport itself. Avoid all forms of public transportation including taxis and buses: if at all possible, arrange with the people you're staying with to pick you up from the airport.

Petty street crime is a serious issue in Pakistan and tourists are strongly advised against carrying valuables with them while on the streets: passports, bank cards, bags, jewelry, laptops, mobile phones, iPads and anything else you can think of is of extreme value to any pickpocket in Pakistan, since there is a large black market for all of these items, especially for passports whether forged or stolen.

As for natural disasters, Pakistan is susceptible to a couple of them that have hit in the past, like earthquakes, floods, and tsunamis. Monitor the situation and follow the advice from the authorities.

Violent crime rates are also high in Pakistan, and this includes armed robbery, robbery, carjacking, kidnappings, home invasion, and even murder. These are all common, especially in major urban areas.

Terrorists are very likely to try and carry out attacks in Pakistan. The biggest threat comes from Tehrik-e Taleban Pakistan, which is an umbrella organization of groups based in the Federally Administered Tribal Areas. TTP carry out attacks throughout Pakistan, and the attacks are usually carried out using Improvised Explosive Devices (IEDs), including suicide attacks.

There are scammers in Pakistan trying to take advantage of tourists, and the situation with scams is similar as in any other country. Be wary when handling money and of anyone trying to distract you. Taxi drivers might try to trick you into paying more, giving you wrongful information about the price of the ride.

Women shouldn't let their guard down in Pakistan. This isn't a safe country for anyone to be alone in, and this applies to women too. Apply all precaution measures at all times and avoid dark and empty streets and locations.

So... How Safe Is Pakistan Really?

The biggest issue for foreigners in Pakistan, when it comes to safety, is that this country has suffered from several bomb attacks during the last couple of years, and they were aimed against security forces, so called western institutions.

Apart from that, its former prime minister Benazir Bhutto has been publically assassinated upon her return from exile, and all of this has brought great turmoil to this country.

There is a great risk of attacks that usually occur after military actions against the Taliban.

Before traveling to Pakistan, check the situation in the state with your embassy, and consult them about the forbidden and dangerous areas.

For example, one of the off-limits areas for foreigners is the line of control between Pakistan-administered Kashmir and the Indian state of Jammu and Kashmir.

You should also avoid the Federally Administered Tribal Areas and all regions near the sensitive Afghan border since the Pakistan government has almost no authority there and they can’t help you if you end up in an emergency.

As for crime, you should avoid going out at night altogether as you might get mugged, robbed, or scammed, especially in Karachi, a city known for its high crime rates.

How Does Pakistan Compare?