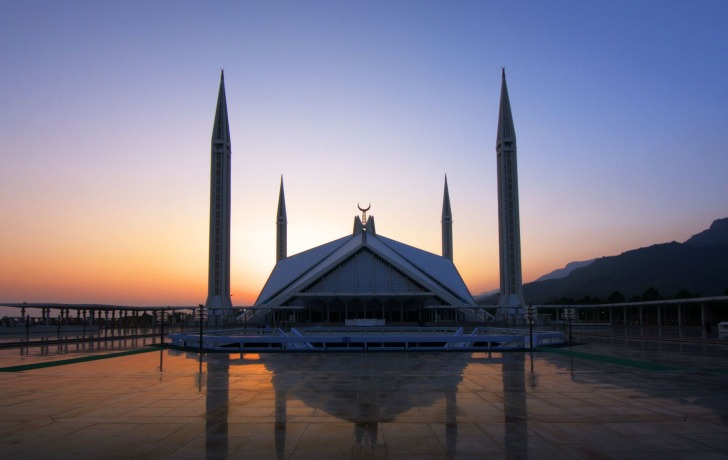 Islamabad is and has been the capital of Pakistan since 1963.

Islamabad, as compared to other big to medium-sized cities of Pakistan, has still somewhat maintained its reputation of being a quiet and peaceful city.

The weather is pleasant throughout the year.

The traffic is less, as compared to other cities in Pakistan and is also more organized.

People from almost all provinces live here and are friendly.

The suburbs in Islamabad are the same everywhere.

The size of the houses could be different but the shape and look and feel of the surrounding will be more or less the same.

Islamabad is, in general, a safe and calm city. But, with poverty flooding the country, it does have many dangers. Your biggest risks are shootings, bombings, and terrorist attacks.

Tourists are advised to take be extra careful at the airport itself. Avoid all forms of public transportation including taxis and buses: if at all possible, arrange with the people you're staying with to pick you up from the airport.

Petty street crime is somewhat of an issue in Islamabad and tourists are strongly advised against carrying valuables with them while on the streets: passports, bank cards, bags, jewelry, laptops, mobile phones, iPads and anything else you can think of should be left at home.

As for natural disasters, Islamabad is susceptible to a couple of them that have hit in the past, like heatwaves, earthquakes, floods, and tsunamis. Monitor the situation and follow the advice from the authorities.

Violent crime rates are pretty low in Islamabad when it comes to armed robbery, robbery, carjacking, kidnappings, home invasion, and even murder. Men can walk safely anywhere in Islamabad, while women can too, but they'll often attract the unwanted attention of men. Apart from that, you're safe.

Terrorists are very likely to try and carry out attacks in Islamabad. The biggest threat comes from Tehrik-e Taleban Pakistan, which is an umbrella organization of groups based in the Federally Administered Tribal Areas. TTP carry out attacks throughout Pakistan, and the attacks are usually carried out using Improvised Explosive Devices (IEDs), including suicide attacks.

There are scammers in Islamabad trying to take advantage of tourists, and the situation with scams is similar as in any other city. Be wary when handling money and of anyone trying to distract you. Taxi drivers might try to trick you into paying more, giving you wrongful information about the price of the ride.

Women shouldn't let their guard down in Islamabad. Women walking alone, be it day or night, will attract the unwanted attention of men and passers-by. Apply all precaution measures at all times and avoid dark and empty streets and locations.

So... How Safe Is Islamabad Really?

Though it has been said that Pakistan as a whole is a very dangerous country, it should be noted that Islamabad is rather safe.

The biggest fear for foreigners in Islamabad, when it comes to safety, is because this country has suffered from several bomb attacks during the last couple of years, and they were aimed against security forces, so-called western institutions.

Most recently, there was an explosion at a fruit market on 9 April 2014 and terrorists attacked a court in the F8 on 3 March 2014.

But the reality is quite different and the city is pretty safe.

You can go outside easily during the late midnight hours and can have a walk alone and of course, you can hang out until midnight.

Women that walk the streets alone will attract male attention, especially in areas of the city not often frequented by westerners.

If you visit these parts of the city, its good to be in a group, and avoid dimly lit streets.

How Does Islamabad Compare?