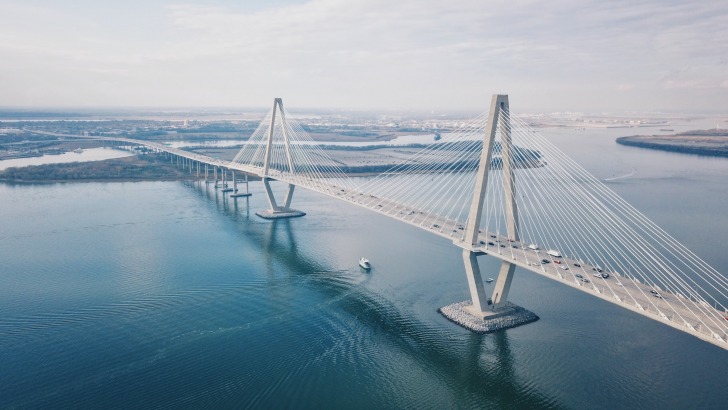 South Carolina is a beautiful state with many attractions.

There are beaches, mountains, wildlife preserves, and more.

The cities in South Carolina vary dramatically depending on where you’re traveling to.

The capital of Columbia has an average crime rating compared to other cities in the United States, but within South Carolina, it’s increased substantially since last year.

Travelers should be mindful that even if their destination has a low crime rating, surrounding areas may not share the same safety measures as the city they are exploring during their vacation.

Oconee County had very few crimes reported throughout 2018 which makes it both one of the safest places to travel in South Carolina, as well as throughout most parts of America.

Travelers looking for fun activities shouldn’t have to worry about violent crime, but they may have to watch out for scams or property theft.

In 2016, Charleston was ranked one of the top ten most friendly cities for tourists by Conde Nast Traveler.

Travelers looking for a weekend getaway should consider heading just outside of Charleston to spend time in the popular town of Folly Beach.

The crime rate went up 4% in 2021 but property crime went down slightly. Unfortunately, the murder rate went up 22%. You have a 1 in 185 chance of becoming a crime victim in the state. Theft is a major concern throughout many parts of the state, so travelers should be especially vigilant while exploring the many attractions throughout South Carolina.

Transportation throughout South Carolina is usually safe, but drivers should always be aware of their surroundings. Local taxis may not readily be available outside city downtown areas, so plan as needed.

Pickpockets are not a major issue in South Carolina, but travelers should always remain aware of their surroundings when in crowded areas.

There is a very high risk of natural disasters throughout South Carolina. Try to avoid going during hurricane season.

Mugging and other violent crime is a major concern throughout South Carolina, but it tends to be more prominent in smaller towns. If you are approached by an assailant, it is best to hand over whatever they seem to be after. Travelers should beware of property theft throughout the state. Keeping valuables at home or keeping them out of plain sight is the best way to combat this while traveling around South Carolina.

There is no history of foreign terrorism in South Carolina. However, Charleston still has had some domestic incidents in recent years, so remain vigilant.

Visitors to South Carolina may have to worry about vacation rental scams. This can include being overcharged for the property, not given the property at all, or even being tricked into paying for items that were already paid.

The safety of women is generally taken very seriously in South Carolina. Most cities have plans to aid women who are victims of violence while traveling throughout the state. However, travelers should always remain aware of their surroundings while exploring alone.

The tap water throughout South Carolina is not trustworthy. Travelers should stick to bottled water or use a filter if necessary.

Southeastern South Carolina is home to Myrtle Beach, which is one of the safest beach destinations in all of America.

The town of Woodruff is a small, affluent community in upstate South Carolina with a population of only 2,000 people.

Woodruff has been named as one of America’s Top 100 Best Places to Live.

The town of Fort Mill is located in the Charlotte metropolitan area and has a population of over 23,000 people.

The low crime rate makes it one of the safest places to visit in South Carolina.

The city of Ladson is located just southwest of Charleston with a lower than average number of crimes reported.

Ladson is also home to the Angel Oak Tree, which is one of the oldest living things east of the Mississippi River.

The city of Cayce is considered one of the best cities for transportation because it’s near major roads that are used by many travelers.

It also has a low crime rate with only 4 crimes reported per 1,000 people.

North Charleston has a population of about 100,000 and is located just north of Charleston.

It also has a very low crime rate with only 51 crimes reported per every 1,000 residents and many travelers go to this city for business or pleasure.

The lower crime rate makes it one of the safest cities to visit in South Carolina.

Placess to Avoid in South Carolina

The city of Beaufort experiences a high number of crimes annually, with over 58 crimes reported per every 1,000 residents.

Most of the homicides and violent crimes committed in the area occur on plantations during the night.

Travelers should avoid Beaufort as it is one of the least safe places to visit in South Carolina.

The city of Greenwood experiences one of the highest numbers of reported crimes in South Carolina, with over 110 crimes reported out of every 1,000 residents annually.

Although crime rates are low for property crimes like theft and burglary, violent crimes are more prominent in this area.

Travelers should avoid visiting Marion County as it is one of the least safe places to visit in South Carolina.

So... How Safe Is South Carolina Really?

It has the worst rate of violent crime in the South Atlantic region.

A car break-in occurs every 26 seconds in South Carolina, with 1/4th happening to visitors’ cars at attractions or overnight accommodations.

This includes parking garages that have an attendant on duty 24 hours a day, being parked at your home or business address, etc.

Make sure to use valet service when available for these situations – voiding any risk of theft occurring due to locking yourself out of your vehicle after handing over the keys to a stranger.

If you remain vigilant and plan, you can enjoy a beautiful trip to South Carolina.

Be aware of the coastline during hurricane season, stay safe by locking your hotel room door and using valet service, and only accept drinks from people you trust.

Don’t forget that South Carolina is the sixth most dangerous state in the U.S., even for residents.

How Does South Carolina Compare?