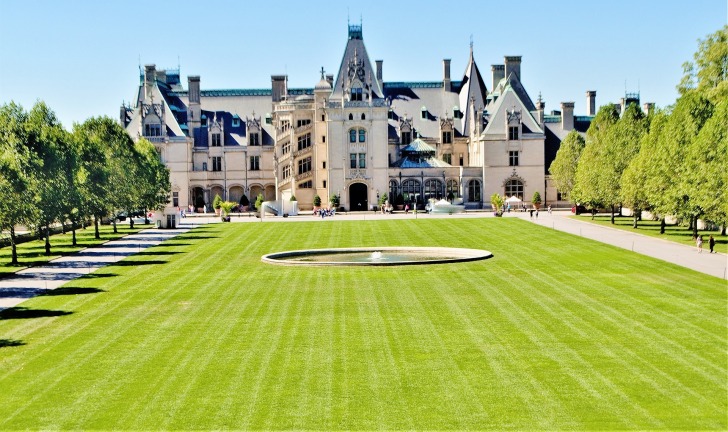 In 1587, Roanoke Island off the coast of North Carolina was landed on.

It was then, before the first colony of Virginia, that people established this new land as their own.

Being the first settlement in what is now the United States, means there is a lot of history to explore.

However, it’s not only history buffs that can have fun here.

Located on the southeast coast, North Carolina is known for having popular beaches, America’s largest home, and a peaceful stretch of the Great Smoky Mountains.

Whether you come for a college football rivalry or to see where the world’s first flight happened, there’s something for everyone.

Here, we’ll go over useful topics like safety tips and the weather in the Tar Heel State.

The countryside is beautiful and there is an abundance of green spaces to see and those might be the best places to go. When it comes to North Carolina as a whole, it's pretty safe to travel through, but there are a handful of riskier subjects, such as high crime rates and scams, that you will want to watch out for.

While the public transportation system is lacking in comparison to states with larger cities, the safety risk is low. However, it should be noted that locals find using Uber or Lyft feels safer than taking a taxi.

Pickpocketing is uncommon across the state, including the biggest cities and college towns.

If North Carolina makes it to national news networks, it's probably because of mother nature blowing through. Perhaps the biggest natural threat is from the coast where hurricanes, tropical storms, and flooding occur. On the opposite side of the state are national and state parks contained in 250k acres of lush forests, wildlife refuges, and other lands that create the danger of wildfires and landslides. There are also about 30 tornadoes a year. In the past 60 years, there have been more than 60 major disasters. Before traveling, be sure to check the weather and prepare for a surprise based on the season you're coming in.

Violent crimes, such as mugging, are higher in North Carolina in comparison with other states, especially ones with a higher population. The percentage has slowly decreased, but it is definitely still important to stay cautious.

While there have not been any terrorist attacks in recent memory, one should always be vigilant anywhere one travels.

There is a new risk that has been growing in places like Charlotte and Raleigh, called the Venmo scam. Criminals will ask a stranger to use their phone and instead of placing a call, they pull up a popular money transfer app, such as Venmo, and send themselves sometimes thousands of dollars. If someone is in need, type in a phone number for them and put extra security on mobile apps.

Just like any other state, women should always take precautions for their safety. However, the travel risk for women in groups or solo is low.

There are 6,000 water systems across the state for public consumption and an unknown number of private wells. Water officials deemed the tap as good to drink from. Controversy abounds, though, as the standards the grade is made off of are antiquated. For your stay, you might feel better if you brought your own.

Located just outside of the capital, Holly Springs is the safest city in North Carolina.

Due to both the proximity to Raleigh as well as the local events, this city is not only one to feel comfortable in but also one to enjoy!

If you’re looking for festivals and the outdoors, this is your place.

Plan because during the year there’s a Chinese Lantern Festival, Balloon Festival, and the North Carolina State Fair.

If you’re visiting North Carolina to get out of the city, have a laid-back getaway in one of the top-rated safest places.

No matter what time of year it is, a walk on the sand is always only a few steps away.

While you’re there, step back in time by checking out the Oak Island Lighthouse and Fort Caswell.

This is also a great place for unique transportation, whether it be boats or even a helicopter ride!

Placess to Avoid in North Carolina

With the highest murder rate, High Point is the deadliest city, just outside of the also dangerous city of Greensboro.

On average, there is a crime happening in High Point every hour and a half or so.

In the southeast corner is another city on the unsafe list.

Whiteville has a crime happening every eight and a half hours, which sounds better than High Point, but is listed as having 86% of all other cities being safer.

1 in 6 are victims of violent crimes here.

One of the biggest crimes is usually theft, followed by burglary.

So... How Safe Is North Carolina Really?

When you look at the numbers provided by Safe Wise, the thought of traveling here might be a bit daunting.

Another standout statistic is that burglary is about 22% of all property crimes, 6% higher than the rest of the country.

10% of North Carolinians had personal experience with a violent crime in the past year.

However, with all that being said, while there can be cause for concern, there are also plenty of reasons to feel safe and confident on a trip.

According to Safe Wise, 55% of residents across the state feel safe where they live.

This is pretty typical compared with the rest of America.

North Carolina’s seventh-largest city is listed in the top 20 safest, which is typically not the case for a town of that size.

Even considering the crime rate and other factors, like weather, it would still be acceptable to consider North Carolina as generally a safe place to go.

As with any place you visit, there are always some areas that stick out as perhaps not as safe as others, but preparedness and strategy will go a long way to keep you feeling positive about this choice of destination.

How Does North Carolina Compare?