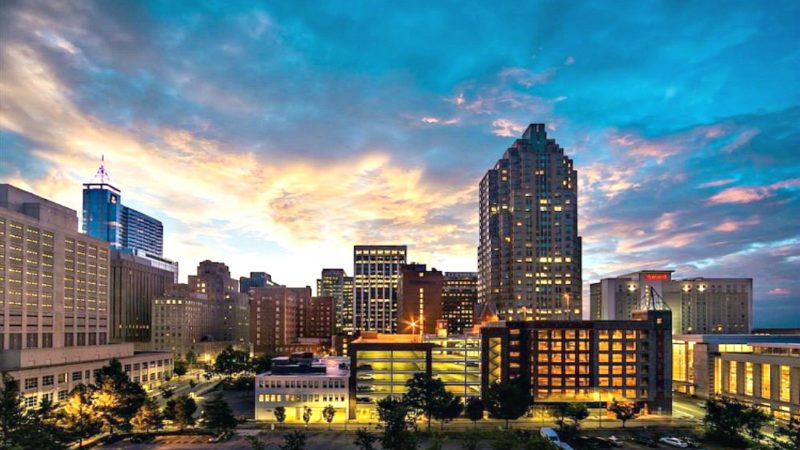 Raleigh has the nickname – the city of oaks. This is due to the streets of Downtown which are lined with stunning trees.

There, you can see a huge amphitheater and a mall full of shops and restaurants.

Do not miss riding a bright yellow three-wheeled rickshaw which is both an ecological and interesting way to see the Downtown sights.

Those who are not eager to see the historic part of the city can try the three-hour nighttime rickshaw bar crawl instead.

Another great site that has to be seen once in Raleigh is North Carolina’s most popular attraction – a museum that teaches visitors about the natural world.

Generally, tourists should stay in well-populated and well-lit streets of Raleigh and if they are suspicious about being followed, they should head for an area where there are many people.

If you need a ride, you should never hitchhike. Take a bus or a taxi, which is a more secure means of transport. Always take the licenses taxi with the sign on the roof.

In the majority of the reported incidents, the victim of pickpocketing had the wallet removed from the backpack front compartment or back pocket. Public transport is the area where they work, so stay vigilant all the time.

During strong winters, snowstorms might affect the life of people in Raleigh, causing delays and cancellations. On the other hand, hot summers can lead to forest fires.

Considering the fact that violent crimes are not against tourists, they can feel free when walking the streets of Raleigh. However, there were instances when tourists have been attacked so as to be robbed.

There is a constant threat of terrorist attacks in the USA. The government is doing its best to familiarize people with possible dangers and to get information about possible attacks on time so as to warn the residents.

Our suggestion so as not to get spiked food or drink is to avoid talking to strangers and visit bars and night clubs in groups, as scammers would not act among a group of people.

There are not so many instances of women being assaulted in Raleigh, but this risk cannot be ruled out. So, females should stay away from deserted blocks and generally avoid going alone at night.

So... How Safe Is Raleigh Really?

If we take a look at the safety score of Raleigh, we can say that it is among less dangerous cities in the USA.

This means that the instances of criminal acts are not as frequent as in some larger cities, thus tourists can feel more secure.

However, you should never be sure that nothing might happen to you.

When on the street, you should walk with your head upright, looking like you know where you are going, being that pickpockets and muggers often target victims who are not paying attention to their surroundings or who are looking down.

When in bars and restaurants, you need to pay attention to your food and drinks so as not to be drugged and assaulted.

Furthermore, avoid using expensive electronics on the streets and on buses.

Also, you should never walk and text, as you will not be attentive enough and can easily become a victim.

The possibility of being among the targets of a terrorist attack is low, but cannot be ruled out, so stay away from gatherings and demonstrations.

If you want to go to nature, have in mind that forest and brush fires are a danger in many dry areas during summer and get informed about the current situation in the areas you are planning to visit.

How Does Raleigh Compare?