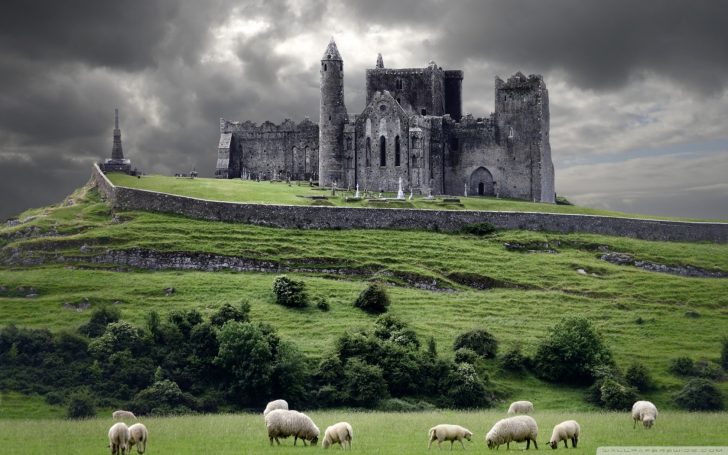 Ireland is an island located in north-western Europe which has been politically divided in 1920 into two parts: Ireland (that takes up the majority of the island) and Northern Ireland, which is part of the United Kingdom.

Though it was a relatively poor country during the 20th century, Ireland, along with the United Kingdom, joined the European Community in 1973, experiencing a sudden economic boost (known as “the Celtic Tiger”) that lead to Ireland becoming one of the richest countries in Europe.

However, the global banking crisis hit Ireland as well which caused high levels of unemployment consequently, which lasted until Ireland gradually started getting back on its feet during the past couple of years.

Ireland is mostly known for its many natural wonders.

There is plenty to see in this country: from its coastline to gorgeous and well-known lakes and green landscapes to lose yourself in, to wild mountains, this country offers its visitors an abundance of adventure and broad scope of activities to choose from.

Ireland is overall, very safe and you will probably encounter no problems when traveling there. Still, do not let your guard down and be vigilant at all times.

Transportation is very safe and reliable in Ireland. Still, take precautionary measures when driving in rural areas, because road safety is low there, especially in Louth county, as this city has the highest level of road offenses.

Since Ireland is a popular tourist destination, it is expected that pickpockets operate in larger cities. Petty theft is the most common form of crime in Ireland, but following basic precaution rules, should take care of this issue.

There are almost no threats of natural disasters in Ireland, apart from occasional flooding during spring.

Although there are areas that should be avoided at night, especially around streets with pubs and bars, Ireland is relatively safe when it comes to mugging or kidnapping, though precaution is still advised. Be wary of overly friendly people willing to give you directions, since they may lead you into a secluded area and steal from you.

Even though there haven't been any terrorist attacks in Ireland's recent history, there is a heightened threat for residents of north-western Europe, so extreme precaution is recommended.

There is no risk of getting scammed in Ireland, but still be careful when receiving change, check it twice, negotiate everything in advance and be wary of people offering you unwanted help, directions, etc.

Even though Ireland is pretty safe for women traveling solo, sexually motivated assaults are on the rise in Dublin and it is advised that unaccompanied women take extra precaution measures, especially after dark.

So... How Safe Is Ireland Really?

Ireland is a very safe country to visit.

Compared to other European countries, crime is relatively low and the crime that does happen is mostly fueled by alcohol, so you should avoid roaming along Ireland’s streets late at night.

If it’s completely necessary, better take a taxi to drive you home in order to avoid intoxicated people willing to start a fight.

Also, be careful when you’re asking for directions.

If you stumble into an overly friendly passenger who volunteers to show you directions, you might get lead into a secluded street and get mugged, sometimes with a weapon.

Pickpockets also operate, like in any tourist destination, but they usually rally in larger cities, and around crowded places such as railway and train stations or popular tourist landmarks.

Be careful with your belongings when in larger cities, keep your valuables in a safe place in your accommodation and never leave anything of value in plain sight.

Roads in Ireland are mainly well maintained, so much so that they earned Ireland a reputation of a country with some of the safest roads in Europe.

However, this doesn’t apply to rural areas, whose roads are riddled with potholes, many of which can go unfixed for weeks.

Many roads in the country are also narrow and winding, and extreme caution is advised when driving along Ireland’s countryside.