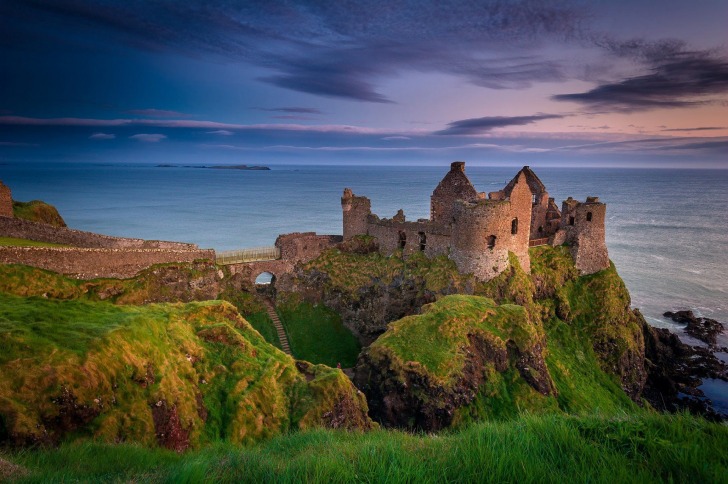 Northern Ireland is a country geographically located on the island of Ireland.

Administratively, it is still a part of the United Kingdom.

It has had a very troublesome history and the remains of its conflicts with the rest of the island of Ireland are still present today.

But if you look past those conflicts, you’ll see that Northern Ireland, as a region is beautiful, with its stunning landscapes and scenery.

Even though it has a reputation for being violent and dangerous, recently the political situation has stabilized.

A few extremist paramilitary organizations are still active, but even so – this part of Ireland is much safer to visit than it was before.

Northern Ireland is mostly safe in all the usual ways - there's no street crime and the chances of something happening to you are pretty low. Still, due to its violent history, it's best to take precautions when it comes to terrorist attacks and state affairs.

Transportation is mostly safe and reliable in Northern Ireland, though traffic is known to be rather difficult and overcrowded. Take precaution measures when driving in rural areas, because road safety is low there and always look out for pickpockets.

Since Northern Ireland is a popular tourist destination, it is expected that pickpockets operate in the larger cities. Petty theft is the most common form of crime in Ireland, but following basic precautions, rules should take care of this issue.

There are almost no threats of natural disasters in Northern Ireland, apart from occasional flooding during spring.

Although there are areas that should be avoided at night, especially around streets with pubs and bars, Northern Ireland is relatively safe when it comes to mugging or kidnapping, though precaution is still advised. Be wary of overly friendly people willing to give you directions, since they may lead you into a secluded area and steal from you.

Terrorists are very likely to try to carry out attacks in Northern Ireland since it's a part of the United Kingdom, which has been targeted for years. The plans of attacks can change at any time so be aware of your surroundings the entire time.

There is no risk of getting scammed in Northern Ireland, but still be careful when receiving change, check it twice, negotiate everything in advance and be wary of people offering you unwanted help, directions, etc.

Even though Northern Ireland is pretty safe for women traveling solo, sexually motivated assaults are on the rise in the main cities and it is advised that unaccompanied women take extra precaution measures, especially after dark.

So... How Safe Is Northern Ireland Really?

Northern Ireland is a very safe country to visit – at least when it comes to street, violent crime as well as petty crime.

In comparison to other European countries, crime is very low and the crime that does happen is mostly fueled by alcohol, so you should avoid roaming along Northern Ireland’s streets late at night.

The biggest threat in this country is terrorist attacks, as well as clashes between Ireland and Northern Ireland citizens, groups, extremists, etc.

There haven’t been any indications or history of tourist areas being targeted by terrorists.

However, the political situation has improved significantly, with the successful completion of a four-year term by the Northern Ireland Assembly in March 2011.

Still, most of these crimes have nothing to do with tourists and Northern Ireland remains a relatively safe place for them.

Still, as mentioned before, with the increased attacks in the last two years, tourists are strongly advised to be alert of their surroundings.

As for petty crime, it’s rather rare: while pickpockets do operate, like in any tourist destination, they usually rally in larger cities, and around crowded places such as railway and train stations or popular tourist landmarks.

Take care of your belongings when in larger cities, keep your valuables in a safe place in your accommodation and never leave anything of value in plain sight.

How Does Northern Ireland Compare?