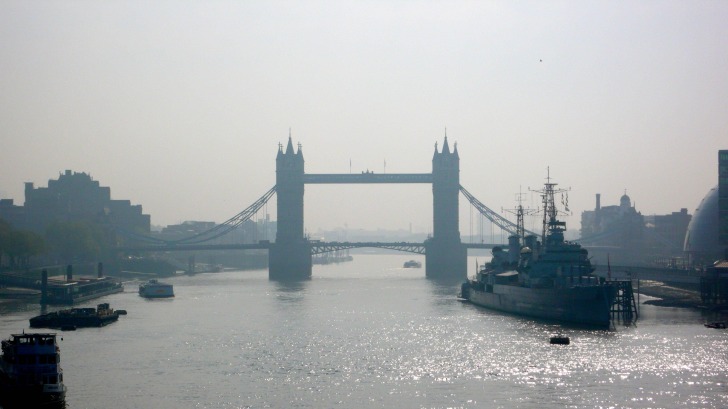 During the wars with Ireland, Belfast became a notorious city due to the frequency of gun and bomb attacks in the city center.

However today, and ever since the signing of the Good Friday Agreement in 1998, most of the politically triggered crimes and violence have vanished and now, that history is what makes this city an intriguing destination for travelers from around the world.

As for safety, Belfast has a reputation of a dangerous city, but that’s often exaggerated.

Even though the city used to be notorious for being the center of politically motivated crimes, it is now a very safe place to visit. You shouldn't have any problems while staying here.

Transportation is mostly safe and reliable in Belfast, though traffic is known to be rather difficult and overcrowded. Take precaution measures when driving in rural areas, because road safety is low there and always look out for pickpockets.

Since Belfast is the largest city in a country that is, in itself, a popular tourist destination, it is expected that pickpockets operate in the larger cities. Petty theft is the most common form of crime in Ireland, but following basic precautions, rules should take care of this issue.

There are almost no threats of natural disasters in Belfast, apart from occasional flooding during spring.

Although there are areas that should be avoided at night, especially around streets with pubs and bars, Belfast is relatively safe when it comes to mugging or kidnapping, though precaution is still advised. Be wary of overly friendly people willing to give you directions, since they may lead you into a secluded area and steal from you.

Terrorists are very likely to try to carry out attacks in Belfast since it's a part of the United Kingdom, which has been targeted for years. The plans of attacks can change at any time so be aware of your surroundings the entire time.

There is no risk of getting scammed in Belfast, but still be careful when receiving change, check it twice, negotiate everything in advance and be wary of people offering you unwanted help, directions, etc.

Even though Belfast is pretty safe for women traveling solo, sexually motivated assaults are on the rise in the main cities and it is advised that unaccompanied women take extra precaution measures, especially after dark.

So... How Safe Is Belfast Really?

Even though it’s known for not being safe, a recent study shows that Northern Ireland (and with it, Belfast too) has one of the lowest crime rates in Europe.

In any case, as a tourist, you shouldn’t concern yourself with the troubles that sometimes occur in Belfast because they’re mostly politically motivated and don’t affect visitors.

In comparison to other European capitals, crime is very low and the crime that does happen is mostly fueled by alcohol, so you should avoid roaming along Belfast’s streets late at night.

As for petty crime, it’s rather rare: while pickpockets do operate, like in any tourist destination, they usually rally in larger cities, and around crowded places such as railway and train stations or popular tourist landmarks.

Take care of your belongings when in larger cities, keep your valuables in a safe place in your accommodation and never leave anything of value in plain sight.

The biggest threat in this city is terrorist attacks, as well as clashes between Ireland and Northern Ireland citizens, groups, extremists, etc.

With the increased attacks in the last two years, tourists are strongly advised to be alert of their surroundings.

Probably the most important thing is not to make any overtly political statements about Northern Ireland, even if you think that your comments will be welcomed by the people to whom you’re making them.

How Does Belfast Compare?