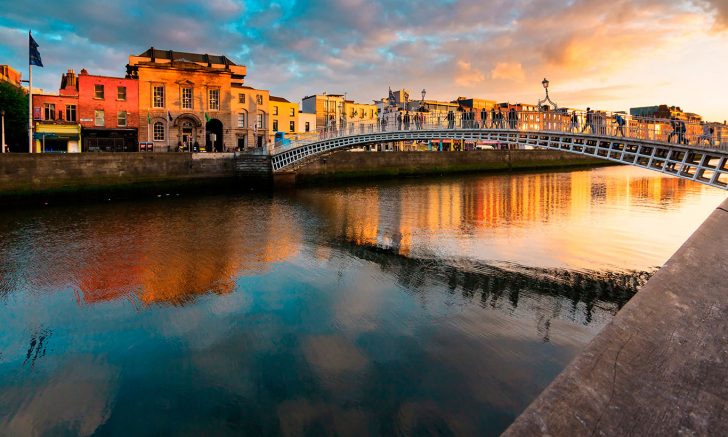 Ireland - safety as a country

Dublin is the capital city of Ireland and too large city for the size of Ireland.

Located on Ireland’s east coast and at the mouth of the River Liffey, Dublin was founded in 841, originally settled by Vikings.

The city expanded rapidly from the 17th century and became the second-largest city in the British Empire.

So, its history and tradition make it extremely attractive to tourists from all over the world.

Dublin is an ideal place for a family holiday especially for children who could be taken to the Dublin Zoo, Stephens Green Park or Phoenix Park.

Ireland will be an ideal spot for both experienced and inexperienced travelers to discover something new.

When it comes to safety in Dublin, the area near the brewery is generally safe. The most common crimes in Dublin are theft and pick-pocketing. Nevertheless, most visitors experience no difficulties here. You should take sensible precautions to protect yourself from possible criminal acts against you.

Dublin has heavy traffic, and many accidents occur as a result of this. Tourists should know that in Dublin cars drive on the left, so you need to look both ways before crossing the street. Helmet and lights are necessary if you cycle and it is safe to cycle at the edge of the road and in bus lanes. Taxis can be recognized by a yellow roof plate and each registered taxi driver should have an ID card and license clearly on display. Taxi drivers are generally safe and honest in Dublin.

Pickpockets operate at Connolly Railway Station, Heuston Station, and Grafton Street. The area around Temple Bar is attractive for tourists, as well as pickpockets. You should be watchful of car thieves as well, who are particularly quick to spot unwary tourists and attack them.

The only possible natural disaster in Dublin is flooding during the spring. There is no risk of other hazards.

Mugging is very rarely reported in Dublin. The chances of being mugged are almost zero percent and the kidnapping is also almost impossible. Even though this is a good situation, do not rely completely on it and apply all the things you can do to minimize the risks of becoming a possible victim.

It can be said that there are almost no scams in Dublin. Since many tourists are taking the money out of ATMs, scammers might try to take advantage of that, so take money from the ATMs in banks and shopping centers. Unemployment is at a high level, thus there is a possibility that groups of young boys and girls mess up with tourists.

Even though the risks for female travelers is low, taking normal safety precautions is necessary, since there are some reports of sexual crimes being on the rise in Ireland.

So... How Safe Is Dublin Really?

When speaking in general, Dublin is a very safe city.

Certain petty crimes are possible, such as muggings, and robberies, which have been known to occur in Dublin.

Be very careful while in Grafton Street, which is a place frequently visited by tourists and pickpockets as well.

As in any city, there are areas to be avoided, full of junkies and criminals.

In Dublin, as in any other European capital city, you should be watchful, vigilant and be aware not to walk into some bad areas.

Avoid staying on the street late at night when drunk people express violent behavior and crime are most likely to occur.

If you do get into any kind of trouble, never be afraid to approach Gardai, the police officers whose job is to help.

How Does Dublin Compare?