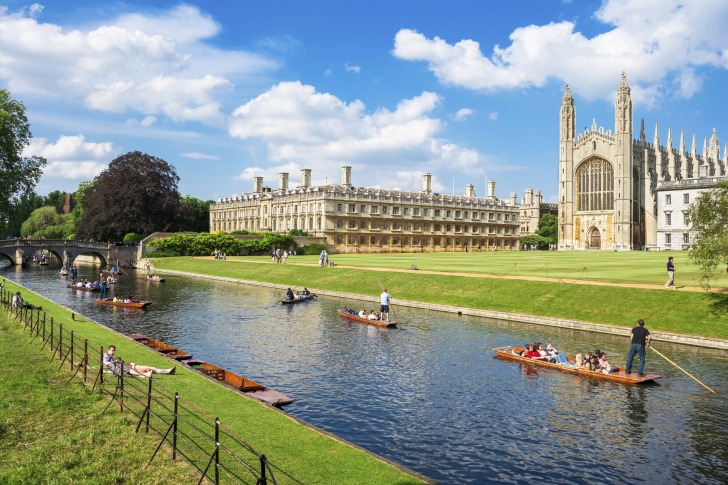 Cambridge is a very famous university city in Cambridgeshire in England.

This gorgeous city is known for its natural beauties and you’ll find cattle grazing only 500 yards from the market square.

The physical beauty of the city is the reason most residents adore it!

Its location is perfect, too: you can drive an hour and a half North and East and you enter some of the least densely populated bits of England with all of the calm you’d expect that to bring.

Take a train for 45 minutes in the opposite direction and you end up in London!

Cambridge is overall a very safe city to visit, even compared to other major cities in Europe. It is, actually, one of the safest cities in the UK. However, it does have some dangers though using your common sense should get you out of any trouble.

Even though Cambridge is not exactly crawling with pickpockets, when they do operate, they usually do so in public transport. Keep in mind that in Cambridge, everyone drives completely respecting the traffic signs and rules, and it is expected of pedestrians to do so too.

Even though Cambridge is not exactly known for pickpockets, and the rate of petty crime is low, it is still recommended to remain vigilant at all times. Cycle theft, however, is big business, so keep your bikes locked whenever you're not using them.

There are almost no natural disaster risks in Cambridge, so you can relax here!

Muggings do not happen in Cambridge, nor do kidnappings. However, it is best to avoid Parker's Piece since it has seen a few cases of mugging, but the situation has greatly improved in the recent past.

Cambridge is not known for people scamming you, but tourists should be careful either way since, in any city, tourists are an easy target for scammers.

Cambridge is mostly very safe for women to travel to. Just follow your basic common sense and general rules of things to avoid, and you should be fine.

So... How Safe Is Cambridge Really?

Cambridge is often considered to be one of the safest cities in the UK, but even so – don’t let your guard down and always remain vigilant.

Traditionally, a bit scarier areas are Arbury, Kings Hedges, Abbey, and Cherry Hinton, with Coleridge, East Chesterton and Romsey not far behind.

In the central parts of the city, some streets are significantly better and more desirable than others.

Some areas, such as Arbury or Kings Hedges are known to have drug problems, and you might not want your child to be going to school or playing out with that kind of risk.

If you’re out late at night, get a cab home, just in case.

The roads are not wide enough all the time and there is no training needed for cycling so there are lots and lots of bad cyclists on the roads who skip red lights, cycle the wrong side of the road, swerve into traffic without checking what’s behind them, and cycle without lights after dark.

This and poor driving combine to cause numerous accidents that make other people feel cycling is not safe, especially when they have young children.

How Does Cambridge Compare?