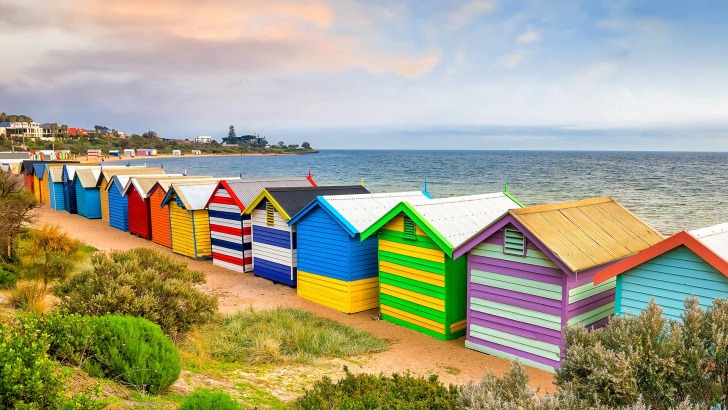 Brighton is a city on the south coast of England and a popular seaside resort.

The city is more and more popular with media and music types who don’t tend to avoid living in the capital; for this reason, Brighton is sometimes called “London-by-the-Sea”.

It is also typically referred to as the gay capital of Britain.

Local people are friendly and open-minded (which are mostly a great blend of people from every corner of the world).

The weather is probably the best you can get in the UK, and the city is surrounded by nature (the South Downs).

It has a great nightlife and there are plenty of events of all kinds.

Overall, Brighton is a safe city to travel to. Crime rates are low and anything happening to you on the streets of Brighton is unlikely. The only issue to keep an eye on, apart from being vigilant for terrorist attacks, is petty theft and pickpocketing.

Transportation in Brighton is very reliable and safe. However, be careful when taking a ride on the bus or a train, since they are frequented by pickpockets and thieves that might try to snatch your personal belongings.

Brighton being somewhat of a tourist destination in England, the chances of encountering a pickpocket are existant, especially junkies tend to do this. Be wary at subways and train stations, and keep your valuables tightly by your side to prevent someone snatching them.

As for muggings, Brighton is relatively safe. There haven't been many reports of someone being violently mugged or kidnapped, but some areas should be avoided. Ask local people or authorities about areas that you should skip, or that are considered dangerous.

As in any city, especially those frequented by tourists, there are high chances of someone trying to scam you. Always double check your change, negotiate everything in advance and be wary of people trying to distract you are offering help with your luggage, as it might be a way to steal something from you.

Brighton is mostly very safe for women to travel to. Just follow your basic common sense and general rules of things to avoid, and you should be fine.

So... How Safe Is Brighton Really?

Brighton is mostly safe to visit and you’ll probably have a smooth trip there.

There is a large LGBT community here and that may have paved the way to respect and tolerance for everyone.

However, it does have its problems and dangers.

Firstly, when it comes to crime – it’s not that common in Brighton, but avoid areas where you could get into trouble.

Avoid the back alleys and the neglected areas behind shops, as there could be drug addicts living back there, as well as the small park areas found near the seafront in town – you might step on a heroin needle or get disturbed by a homeless guy.

Also, avoid any of the main streets late at night, as people have been known to get mugged and stabbed there – albeit, these cases are very rare.

Do not walk on the undercliff when the sea is high or even moderate: a freak wave can carry you out to sea.

Take great care when driving on the A23 and A27, as there have been a lot of accidents.

If you are out and about in the early hours of the morning walk briskly and don’t get into unnecessary conversations with drunken strangers or simply get a night bus or a cab.

How Does Brighton Compare?