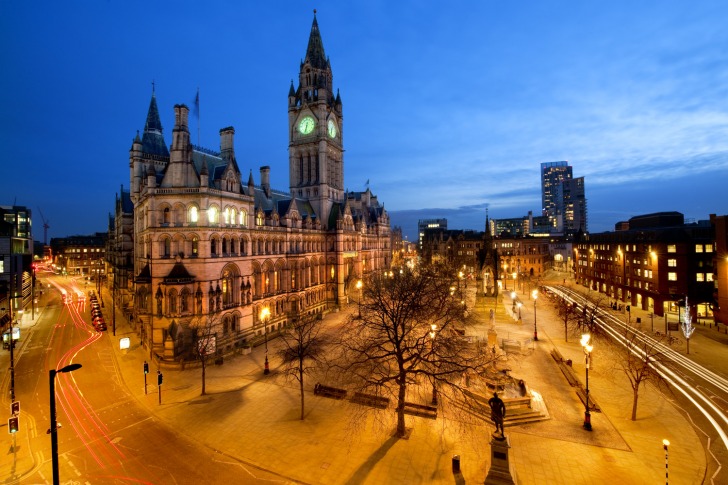 Manchester is located at the heart of Greater Manchester, in the northwest of England.

Manchester is often called “The Capital of the North”, and is known for the role it had in the histories of the English industry and music, as well as its world-known sports teams.

The UK’s largest airport outside of London is located in Manchester, and it’s also the most visited city in England by overseas visitors aside from the capital.

To the youngsters as well as the older and experienced travelers, it offers unique charm, a multitude of shopping, cultural and entertainment opportunities, and edifices.

Manchester isn't the safest city to visit in the UK, but if you apply all the basic precaution measures, and move around areas that are frequented by tourists, you won't have any problems.

Transportation and traffic, in general, is dangerous in Manchester. Watch out when crossing the roads, since every year tourists suffer from traffic accidents because the people here drive on the left side of the road which is highly confusing for people from around the world.

Pickpockets represent the most common form of street crime in Manchester. They are common and there are even some locations known for pickpockets operating in and around them. Take basic precaution measures.

You can relax when it comes to natural disasters, because, apart from the common bad weather, there are no threats in Manchester.

When it comes to mugging and kidnapping, Manchester is relatively safe. However, you should be careful and avoid dangerous areas where you could get attacked.

The entire United Kingdom, and with it Manchester too, has recently been targeted by several terrorist attacks and it is now publicly announced that the threat to the UK is severe.

Manchester is relatively visited by tourists, and it only makes sense that there will always be people trying to scam them. Always be cautious with people trying to distract you, help you with your luggage, or groups of people acting strange. Always check your change twice and negotiate everything in advance.

Manchester is mostly very safe for women to travel to, or as safe as it can get for a tourist, meaning you won't get into any specific trouble just because you're a woman. Just follow your basic common sense and general rules of things to avoid, and you should be fine.

So... How Safe Is Manchester Really?

Manchester is mostly safe for tourists in the sense that most of the areas in Manchester where tourists venture are very safe.

Some areas are secluded and not recommended for tourists, like Longsight, Levenshulme, and Gorton, Moss Side, Withington and Fallowfield, parts of Hulme, Cheetham Hill, Wythenshawe, Ordsall, and Ancoats.

Unfortunately, however, Manchester is known for having the highest car crime rate in the UK, as well as the highest rates of car theft and break-ins in all of Europe!

Avoid bringing your car to Manchester, and if you do, be careful to park it in a well-lit area – and never leave anything of value inside!

You should avoid wearing football shirts or showing any kind of support for any football team because such shows of support might end violently since some rivalries are taken very seriously in Manchester.

All in all, be wary of pickpockets and know that some parts of Manchester can be dangerous in some areas at night as you can run into groups of drunken people acting strange.

How Does Manchester Compare?