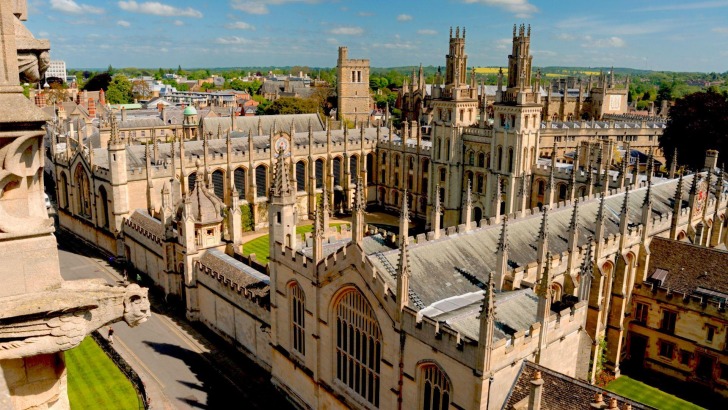 Oxford is an amazing city full of history and architectural gems.

It is known for its literary giants, including J.R.R. Tolkien, C.S. Lewis, and Lewis Caroll among many others.

Throughout the city, you’ll find tributes and dedications to the great writers of Oxford.

Its streets are mostly bike friendly so you can ride all over town and not have to worry much about security.

There are cultural activities like theaters and a few museums and, of course, a couple of small shopping centers.

Nonetheless, it is a small quiet little town full of students so after a while, as in any other university town, you will just need to go out not to get bored out of your mind.

Oxford is very safe to travel to. Your biggest worry, when traveling to this city, should be the pickpockets and scammers. There is some violent crime but if you apply basic precaution rules, that should minimize the risk of something going wrong.

Transportation and taxis are generally safe and reliable in Oxford, but don't rely on taxi drivers' recommendations of pubs and bars and be careful in public transport, as it's a place where pickpockets operate.

You will find pickpockets at popular tourist landmarks. Follow your common sense and remain vigilant at all times, especially in public transportation and at crowded stations.

Apart from occasional storm and rain downpour, there are no threats of natural disasters in Oxford.

There is some violent crime in Oxford. Some parts of Oxford have more violent crime than many larger cities in the UK. If you avoid these areas, you shouldn't be in any trouble.

Oxford is mostly very safe for women to travel to. Just follow your basic common sense and avoid the places known for violent crime.

So... How Safe Is Oxford Really?

Oxford is a very safe city and you should feel relaxed here, for the most part, though it does has its share of dangers.

Oxford doesn’t have any “bad” areas as such but there are bits which are a little worse than other bits.

To the east, Headington and Marston are considered good areas, especially the older parts and the area around the John Radcliffe hospital, but just on the other side of the ring road are Barton and Risinghurst which are slightly less desirable and have a bit of a reputation, especially Barton.

In the south-east, you have Cowley and Blackbird Leys – the latter used to be an area notorious for joyriding but has improved.

Property-wise, lock up your bike (and if your bike is to “commute” rather than a piece of sports equipment for you, have a very cheap second-hand bike.)

Many people have witnessed attempts of bike stealing and drunk people shouting around.

As anywhere, keep mobile phones and money safe, and lock doors and windows.

Most students spend most of their time in colleges, labs/departments, and libraries which are guarded thus generally safer.

You can also spot the university security services who always make their rounds after working hours.

Cycling can be dangerous in the city as it’s quite complicated to drive in.

How Does Oxford Compare?