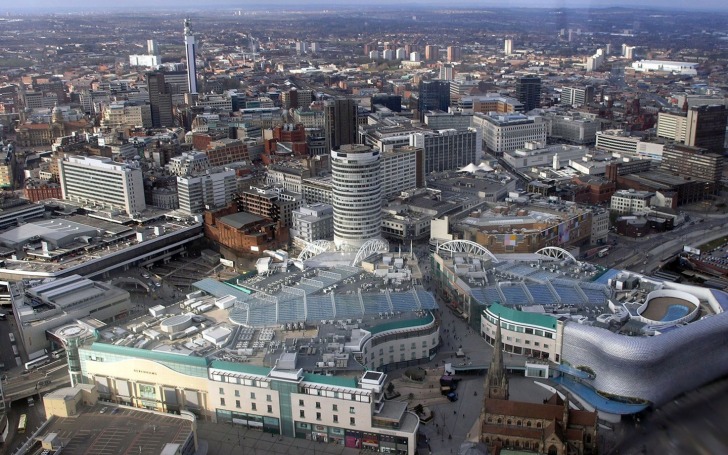 Back in the Victorian era, Birmingham was known as the “City of a 1000 Trades” and today that tradition continues, since nowadays the city is known as a great shopping and cultural destination.

Known as Brummies, the people are fairly friendly and hospitable.

Birmingham has a lot more trees than most cities and is not as closed in or oppressive as, say, New York or London.

Some residential parts of the city like Edgbaston or Bournville hardly feel like being in a city at all.

Birmingham offers a lot of the benefits of big city life but avoids many of the downsides.

Birmingham isn't the safest city in the UK, but you shouldn't be too scared here. Even though there are parts that are dangerous and should be avoided, it is, for the most part, safe to travel to, and if you use your common sense, your trip should go smoothly.

Taxis and other forms of transportation are known to be very safe and reliable in Birmingham, apart from the danger of pickpockets trying to steal something from you while you're on a bus or something similar to that.

Pickpockets are common to a certain degree and there are even some locations known for petty theft being reported there. Take basic precaution measures and minimize your chances of being the victim of a pickpocket or a bag snatcher.

Birmingham was hit by a tornado in 2005. It was one of the strongest tornadoes recorded in the United Kingdom in nearly 30 years. Though it probably won't happen while you're there, monitor the weather conditions and follow the authorities' directions.

When it comes to mugging and kidnapping, Birmingham has been known to have some incidents where muggers attack foreigners. Be careful and avoid dangerous areas where you could get attacked.

The United Kingdom has recently been targeted by terrorist attacks and it is now publicly announced that the threat to the UK is severe, and given that Birmingham is a large city in this state, you should be on the lookout.

Even though Birmingham isn't a popular tourist city, there will always be people trying to scam foreigners. Always be cautious with people trying to distract you, help you with your luggage, or groups of people acting strange. Always check your change twice and negotiate everything in advance.

Birmingham is mostly very safe for women to travel to. Just follow your basic common sense and general rules of things to avoid, and you should be fine.

So... How Safe Is Birmingham Really?

Well, Birmingham is, in general, a safe city, but since it’s so large, it has its bad sides, and then some.

If you do find yourself uncomfortable with someone insulting you for being a foreigner or bothering you in any other way, just find a local policeman (or call 999 if it’s an emergency) or walk into a shop and tell the staff.

Most people will be happy to help.

Look out for pickpockets, they are most active around Christmas because the German Market here gets very busy so they can go mostly undetected.

If you just keep your belongings secure and with you the whole time you should be fine.

As for more violent crimes, they exist too: you can get mugged in Birmingham though it usually doesn’t happen in central areas.

Muggers in Birmingham usually operate in groups of two or three, where one asks you a question (to see if you are local, while the others move in behind you so they can force you to the ground.

There are areas most people should avoid, due to high crime rates: namely, Newtown and Lozells.

As long as you stay in the city center and nice-looking tourist areas, you should be fine.

Some parts of Birmingham feel safer than other parts because they’re more prosperous.

Some notable safe areas are Solihull, parts of Sutton Coldfield and Barnt Green.

How Does Birmingham Compare?