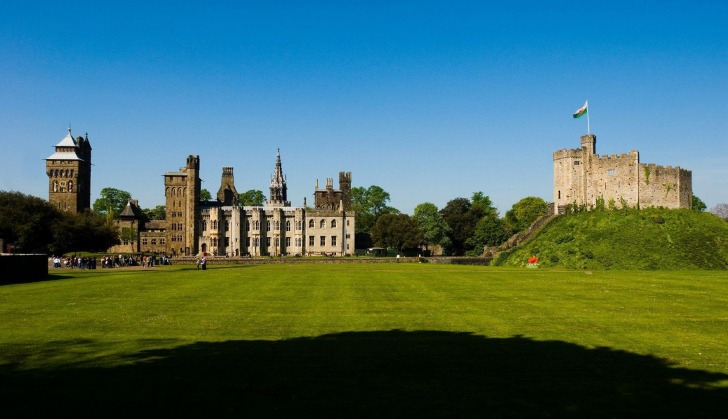 Cardiff is the capital of Wales in the United Kingdom.

The city had a bad reputation for being an industrial city, but that has all changed in the past couple of years and the city is known as a modern capital that is gaining more and more popularity with tourists – it’s even becoming a new tourist hot spot.

Cardiff is an amazing city, being perfectly small and compact and with everything, you could wish for.

It used to be much cheaper than most of the cities in the UK, but now that it is recognized as a great place to live, prices are on the increase.

Cardiff is a very safe city, certainly safer than most other major cities in the UK. If you apply basic precaution rules, that should minimize the risk of something going wrong.

Transportation and taxis are generally safe and reliable in Cardiff, but do be careful in public transport, as it's a place where pickpockets operate.

As in any European top destination, there are pickpockets at popular tourist landmarks in Cardiff. Follow your common sense and remain vigilant at all times, especially in public transportation and at crowded stations.

There is no particular threat of natural disasters in Cardiff, except for some earthquakes that happen now and then.

Cardiff is very safe to travel to if you are a female traveling solo. Apart from few general precaution rules you should apply, such as not walking alone in poorly lit and deserted areas, not finding yourself in a strange company at night, etc, you can relax because Cardiff is very safe in this respect.

So... How Safe Is Cardiff Really?

Cardiff is a relatively safe city to visit, definitely safer than most major cities in the UK.

Like everywhere Cardiff has its bad places and its good places.

But it couldn’t be said that any place in Cardiff is dangerous or should be avoided.

The known rougher parts of Cardiff are Riverside, Llanrumney, Plasnewydd, Splott, and Tremorfa and this is where you should practice caution, even though, again, these areas are simply poorer and not necessarily more dangerous.

East of the city is Llanrumney, Trowbridge and St. Mellons – all ex-council housing estates.

This part of the city does house some of the most socially deprived families and families on low incomes so parts of the neighborhoods do face many of those challenges that plague social deprivation.

If you want a good neighborhood in Cardiff you are going to have to pay for it. Whitchurch, Old St Mellons, some parts of Pontprennau, Lisvane, Radyr, Llandaff, Pontcanna, Lakeside, and Penylan – these are all well off neighborhoods, but living there costs a lot.

That said, regardless of how wealthy or poor the area, you will find the people of Cardiff friendly, charitable and kind.

It’s a multicultural, multinational melting pot of a wonderful place to live, wherever you decide to settle.

How Does Cardiff Compare?