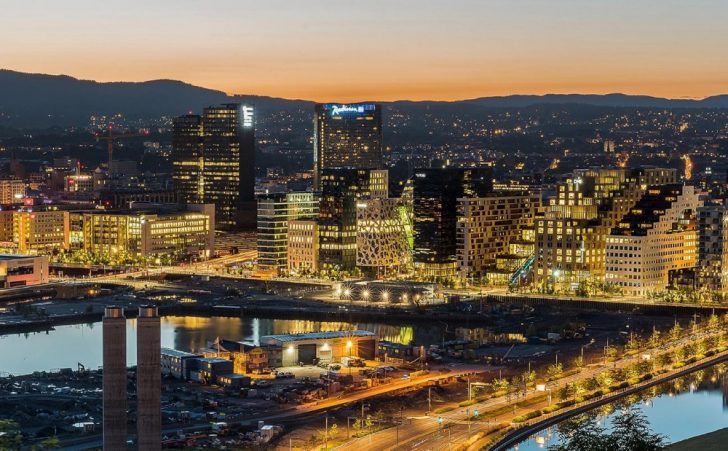 Norway - safety as a country

The capital city of Norway is at the same time the third-largest city of Scandinavia. Oslo’s history is 1,000 years old.

After the devastating fire in 1624, Olso developed quickly into a modern cosmopolitan city.

Nevertheless, the remains from the city’s history can still be found in parks such as St. Hanshaugen.

On the other hand, Oslo has modern architecture and landmarks designed by world-class architects can be seen in recent years.

To fully experience this amazing city, tourists are offered bus sightseeing, boat trips, tours of the museums, and much more.

Olso is a safe city and the whole country is a very safe one, too. Still, there are some areas, such as Gronland, Toyen, Kuba or Karl Johan street that is best to be avoided, particularly at night. Illegal and unlicensed taxis around nightclubs should never be used.

Oslo has a very safe transport network, and official taxis are considered safe in Norway. The only bad thing is that they are expensive. You can feel free to get one from the street, which is not common in other major cities. If you are a pedestrian, you should know that trams are not obliged to stop pedestrians, while cars must.

Pickpocket-related risk in Norway is not so low since it is a huge city that attracts numerous thieves and bag snatchers. The chances of being pickpocketed in Oslo are medium, and airports and railway stations are the places where they mostly operate.

The capital city of Norway is prone to avalanches and rockslides since extreme weather can occur. Flooding and landslides happen frequently during the rainy season.

The chances of being mugged or kidnapped in Oslo are possible in dangerous areas which should always be avoided. Travelers need to be watchful since sexual assaults have occurred. Gangs operate in various areas, and they usually attack people to get their money. They often work in groups and use various tactics to attack you.

Even though Norway was not targeted for terrorist attacks, terrorism is a threat throughout the world and European capital cities are dangerous. You will need to be careful when in public places frequented by foreigners since several planned attacks happened there.

Scammers in Oslo operate and they aim to get the money from you. A common scam is when they try to get tourists involved in street-betting. Be aware of the strangely looking people approaching you.

Women travelers can feel completely free when coming to Oslo because it is a very female-friendly city. Women have not reported any kind of incidents against them there.

So... How Safe Is Oslo Really?

Oslo is not a dangerous city, but you still need to be vigilant and avoid getting too dangerous areas where instances of rape, muggings and drug dealing happen.

They have been reports of rape in Oslo, which lead to an increased number of patrols around the city.

Public transportation is regularly used by tourists and is considered to be safe.

Nevertheless, there are areas where pickpockets operate.

That is a relatively visible problem in some parts of Oslo.

Tourists are advised never to leave their belongings unattended and be especially vigilant after dark.

People traveling to Oslo do not have to be concerned with their safety because a crime against tourists is rare.

Still, everyone needs to practice common sense and keep an eye on belongings in crowded places, to make sure that he/she will not encounter any serious trouble.

How Does Oslo Compare?